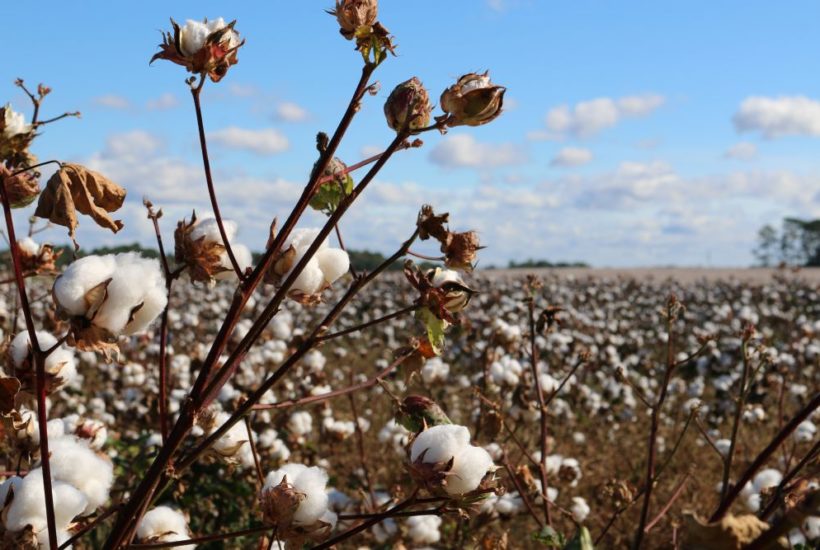 Winter Wheat markets were higher and made new highs for the move again last week before finding some selling interest later in the week. USDA released its production estimate and it was close to expectations. Ending stocks were also close to expectations at 883 million bushels. World ending stocks were 321.5 million tons, up from last month and well above the average trade guess. The world demand for US Wheat depends mostly on lower prices for US Wheat to compete with Russia, Europe, and other sellers. The overseas weather is mixed.  Western Europe is likely to get some good rains in the short term, but southern Russia could stay dry. Some showers are forecast for Ukraine this week, but the eastern sections of the country should stay dry. The country and Kazakhstan have both been dry. These areas are trying to plant the next Winter Wheat crop but the dry weather and the dry soils are keeping farmers out of the fields. Less production is likely in Argentina due to drought. About a quarter of Argentine growing areas are affected after some beneficial rains in some areas last week. Western Australia has also been very dry. Conditions are improved in the US after some rains fell in the Great Plains but the western Great Plains remains mostly hot and dry. The Midwest has had good rains.

Corn moved higher and made new highs for the move last week. USDA said that Corn production was 14.722 billion bushels and ending stocks will be 2.167 billion bushels. Production is a little below the average trade guess, but ending stocks estimates are above the average trade guess.  World ending stocks were estimated at 300.5 million tons, above the average trade guess.  Harvest reports from the country suggest that production of a good crop is likely. Demand is holding strong for exports, but domestic demand was cut back from previous estimates. The demand has come primarily from China as the state companies bought for the reserve, but that buying appears to be almost complete now. The harvest has expanded into the Midwest with very good harvest conditions.  The Midwest harvest has been slow as the Corn is slow to dry down.

Soybeans and Soybean Meal closed higher for the week in reaction to the USDA production and supply and demand estimates. The report showed US Soybeans production at 4.268 billion bushels and ending stocks projections at just 290 million bushels. The combination of reduced production and increased export demand led to the bullish ending stocks estimate.  Domestic demand was left unchanged. World ending stocks were estimated at 77.7 million tons, just over 2.0 million tons less than the average trade guess. The harvest has started to expand and reports indicated that the producer is selling Soybeans right off the combine or is delivering against previous contracts. Chinese buying for the reserve is almost finished. Ideas are that individual crushers are still with positions to buy. Soybeans were the leader to the upside due to the strong Chinese demand until this week. The trade generally expects China to shift its buying back to Brazil in the near future, but Brazil has been hot and dry and parts of Argentina have also been dry and some of the early planting has been delayed. That might keep the Chinese buying in the US for a little longer, but only for the crushers and not for the reserve. Brazil is expected to get rains starting this weekend, so all of the projected Soybeans area will get planted and a big crop from Brazil is still expected.

Rice was lower last week as selling developed in the market on Friday. Some of the selling came in response to the USDA reports. USDA showed that production was higher at 226.336 million hundredweight and was higher for long grain at 169.962 million hundredweight. Ending stocks were increased to 47.7 million hundredweight for all Rice and 34.4 million hundredweight for Long Grain as there were no adjustments made to demand. US export demand was very strong once again last week and were a marketing year high.  Central and South American countries were the best buyers, followed by eastern Asia. The rebound in demand supported futures and pushed the market to test recent highs for the move. The harvest has been active in northern states with good field yields reported. Southern Louisiana and Texas are done with the first crop harvest and are waiting for the second crop to mature. Quality is said to be very good, especially in Arkansas.

Palm Oil closed higher on ideas of decreasing production and stronger demand. China is back from its holiday and has been the big buyer in Palm Oil. India is also buying.  It is seasonally a time for trees to produce more due to more regular rains. Getting workers to do the harvest has been hard, though, and the lack of labor has been a big problem. At least some of the plantation owners have asked for more migrant workers to cover the lack of workers that can be sourced locally.  Demand reports from the private surveyors are stronger this month. Soybean Oil and Canola were higher. Canola farmers are selling due to harvest pressure, but industry and speculators are buying. The Canadian Dollar is higher but Canola is still considered relatively cheap in the world market.

Cotton closed higher for the week and trends are up on the weekly charts. USDA released its production and supply and demand estimates on Friday. Production was estimated at 17.045 million bales and ending stocks were estimated at 7.2 million bales. Both estimates are about unchanged from last month. The market had expected reduced production and ending stocks levels. The weekly export sales report showed just moderate demand last week. There was no major Chinese demand.  Demand should stay weak as long as the Coronavirus is around. Shopping is hard to do and many people are still unemployed. This is true in just about all countries. Hurricane Delta moved into the Southeast and brought some heavy rains. Ideas are that most of the Cotton crops in the region have open bolls now and that some significant damage might have been done due to wind and rain. The harvest has been active.

FCOJ was higher once again last week. USDA estimated US Oranges production at 4.65 million tons, down 11% from last year. Florida production was estimated at 57 million boxes, with all varieties production down. Florida has been spared any hurricanes or other serious storms this year in a year that has been very active for tropical storms with a record amount of tropical storms hitting the US. The Coronavirus is still promoting consumption of FCOJ at home. Restaurant and food service demand has been much less as no one is really dining out. Florida production prospects for the new crop were hurt by an extended flowering period, but the weather is good now with frequent showers to promote good tree health and fruit formation. Brazil has been too dry and irrigation is being used. Showers are falling in Brazil now.

Futures were higher last week in New York and lower in London. London had been better supported due to stronger demand ideas and worries about the weather in Vietnam but the country is getting much rain now and the worries have abated and price trends are down. The demand from coffee shops and other food service operations is still at very low levels as consumers are still drinking Coffee at home. Reports indicate that consumers at home are consuming blends with more Robusta and less Arabica. The Brazil harvest is over and producers are selling due to the recent extreme weakness in the Real. Ideas are that production is very strong this year as it is the on year for the trees. Central America is also offering right now and offers are increasing. The weather is a little dry in Peru but is good in Colombia.

New York and London were higher. World petroleum prices are higher. Brazil mills have been producing more Sugar and less Ethanol due to weak world and domestic petroleum prices. About 45% of the crush this year will go to Sugar, from 35% last year. It has been dry lately to affect Sugarcane production and producers are less aggressive sellers. India has a very big crop of Sugarcane this year but the Coronavirus has made exports hard. The Indian government has not yet announced the subsidy for exporters of Sugar so no one knows how much to charge yet. Thailand might have less this year due to reduced planted area and erratic rains during the monsoon season. There are reduced flows from rivers from China to hinder irrigation of the crops. The EU is having problems with its Sugarbeets crop due to weather and disease. Demand appears to be about average.

New York and London were lower. Trends are turning sideways to down in both markets. The harvest for the next main crop is spreading to much of West Africa and very strong production is expected. Some concern is noted in Nigeria as rains keep falling and make it hard to sun dry the beans. There are a lot of demand worries as the Coronavirus is not going away and could be making a comeback in the US. Europe is also seeing a return of the pandemic. Ivory Coast is in the middle of the presidential campaign season and some violence s expected.