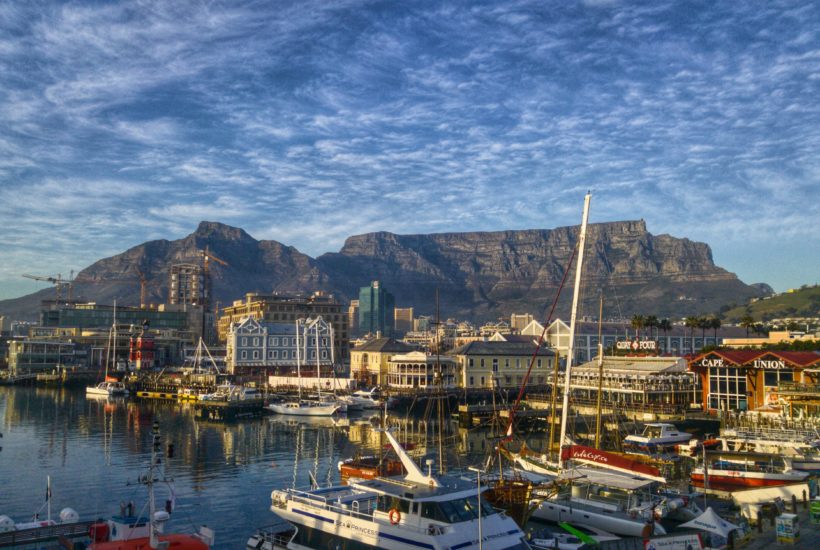 An ultra-modern ventilation system blows gentle wind over thousands of hemp plants. The cultivation does not exactly correspond to the usual cliché. The plants do not grow secretly in illegal sheds or on mountain slopes, but in 18 industrial greenhouses in Lesotho.

It is medical cannabis grown in the small kingdom that is completely enclosed by South African territory. The greenhouses may only be entered with rubber gloves and protective clothing.

Read more about southern African countries and their goal of becoming leaders in the cannabis sector and find the latest financial headlines with our companion app Born2Invest.

Hemp as a miracle plant for medicine and industry

The reason is obvious, said Andre Bothma, Managing Director of Medigrow. Because cannabis is a medical product for which there must be appropriate facilities and precautions.

Bothma pointed out that the market requires a high proportion of cannabidiol active ingredients (CBD). “Our plants have a lot of CBD and only a small amount of the narcotic THC. We extract the CBD right here on the premises and in such a way that we achieve the best possible quality.” Medigrow’s products are exported to Canada. Other countries, which could, at least theoretically, turn into global producers, also have their eyes on the international market.

Sibusiso Xaba is head of the “Africa Cannabis Advisory Group”. The company offers consulting and analyses. The potential of hemp is enormous, Xaba enthused. Now it has to be thought through very well how the local hemp industry should be built up.

In addition to the demanding cultivation of medical cannabis, there is also the industrially usable cannabis called hemp. “Its fiber can be used for 22,000 different industrial purposes. Hemp is sustainable and it could replace plastics, textiles, and materials.” The plant, Xaba pointed out, also has a positive effect on the environment. “It is known that one hectare of hemp absorbs four times more carbon dioxide from the atmosphere than normal greenery.”

Cannabis seen as the new “green gold” by African countries

It is only about a year ago that Zimbabwe decriminalized the cultivation of hemp and medical cannabis. The British company Eco Equity, which specializes in the distribution of CBD oil, has secured a license and has just brought in its first harvest. It gives an idea why there is talk of “green gold”. “We’re talking about 1,100 kilograms of oil exported to Great Britain,” reported company founder Jon-Paul Doran. “Then we have 1,300 kilograms of raw materials from our greenhouse. In total, this corresponds to a value of $34 to $35 million.”

Malawi and the Kingdom of Eswatini are also on the starting blocks for the cannabis business. Traditionally, the plant has been part of the culture in these countries for centuries. The climatic conditions are ideal, but the legal basis for industrial use is only gradually being created.

South Africa is not yet ready. One can already buy CBD oil made from hemp everywhere: in on-line trade, in drugstores and also in own stores. The company Southern Sky in Cape Town produces the brand African Pure, which is used for lack of sleep, muscle cramps and anxiety.

The Good Leaf brand manufactures wellness products. “When we started, we wanted to create something that was world-class and could compete globally, but that was also authentically African,” explained Warren Schewitz. Good Leaf’s product range includes cosmetics, drops, fragrances and drinks, all of which are interspersed with African medicinal plants.

Plants such as moringa, baobab and aloe vera have been deliberately selected to complement the CBD compound of the hemp plant. Because, said Schewitz, “all of them have an anti-inflammatory effect that goes well with CBD.” The products have been on the market since early 2019. The growth rates are in the double-digit range.

The cannabis market is up for steady growth

John Kagia of the US consulting firm New Frontier Data, which specializes in the global cannabis market, also speaks of a steadily growing market. Once the framework is in place, countries in southern Africa would have a good chance of becoming world leaders. “Africa and parts of Latin America are uniquely well positioned to supply the world with cannabis. African farmers have cultivated the plants for centuries. In addition, Kagia soberly calculates that labor costs are really cheap there. “And there are rules to ensure that hemp meets global standards.”

Mbanje, Dagga, Weed, or Chamba – hemp has many names in Southern Africa. Some things have happened since last year or are now starting to happen for the big business with the cannabis plant. If handled properly, this industry could become a real job engine. It looks like the countries in Southern Africa have realized this.

First published in tagesschau.de, a third-party contributor translated and adapted the article from the original. In case of discrepancy, the original will prevail.