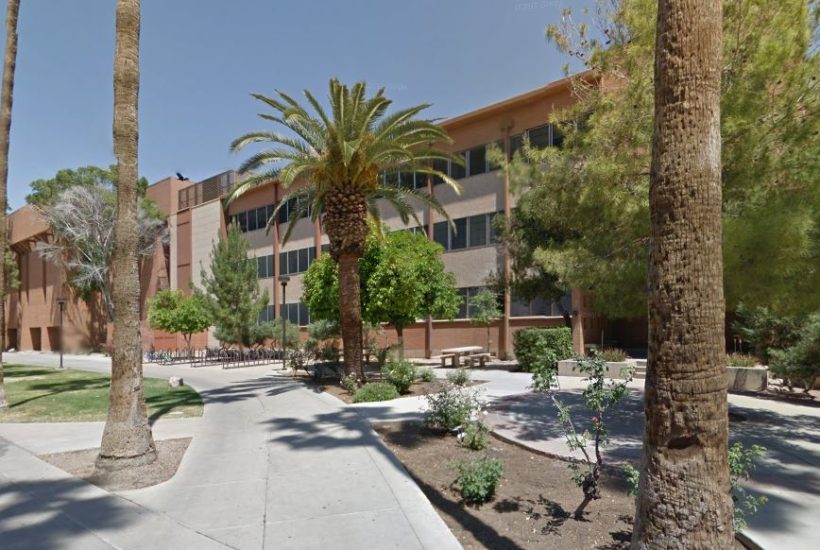 The year 2020 will forever be remembered as one that created havoc, disruption, and financial chaos for U.S. colleges and universities. Institutions of higher education were hit with devastating financial losses, the need to furlough some employees and instructors, and the challenge to immediately improvise new ways to deliver instruction to students.

As the COVID pandemic spread, thousands of colleges and universities canceled in-person classes, sports, and all extracurricular activities. Some campuses have had varying degrees of success by offering a hybrid model of teaching – a mix of online instruction with some in-person classes.

College and university revenues have been far less than what was anticipated – and needed. Considering that, it is somewhat surprising that so many institutions have announced large projects that will be launched in 2021. Surely, it is an indication of American optimism and the realization that this country’s future depends on quality education and visionary industry leaders.

Here are a few of the types of projects that appear ready to proceed.

Arizona State University (ASU) is planning improvements at the Bateman Physical Sciences Center at a cost of $60 million. The project includes updating and increasing the number of instructional laboratories and office spaces. Extensive upgrades to the building systems along with exterior improvements also are planned.

ASU has additional capital plans that include a central utility plant at Tempe, another core support research facility on another campus, student housing renovations, university athletic track and field facilities, a student union expansion, and a student housing and academic/office space facility.

Montgomery College has allocated $85.7 million for the design and construction of a new student services center. This project calls for a one-stop facility that brings together the bookstore, mailrooms, and space for student studies and development and increased security. This building will house the Provost’s Office, as well as media and academic computing support functions. The project scope includes a library and cafeteria.

The Massachusetts Institute of Technology (MIT) was selected by the U.S. General Services Administration (GSA) as a partner to construct a new federal building and campus. The partnership agreement grants MIT the authority to take ownership of the remaining 10 acres after the construction of the federal facility is complete. The plan is to create a mixed-use center surrounding the federal facility and to generate future financial support for the Institute. The project will deliver a dynamic mixed-use center that increases housing and provides open spaces and retail activity, along with commercial, laboratory, and innovation space.

MIT is in the early stages of design for a new music building that will include space for performances, rehearsals, professional-level recordings, research, instruction, and a large-scale, performance lab. Construction is expected to be completed by 2022.

Wayne State University (WSU) has announced plans to renovate a former library for the support and expansion of STEM (science, technology, engineering, and mathematics) education. The STEM Innovation Learning Center project has a projected cost of $49.5 million. University officials will spend $28.8 million on a basketball arena that will support WSU teams and a partnership with the Detroit Pistons. Another large WSU project includes a new $65 million performance complex that will be launched early in 2022. The Hilberry Gateway Performance Complex will have a 350-seat theatre and 150-seat performance space.

Officials at California State University in Long Beach have announced plans to begin renovations in November on the University Music Center. The $24 million project will include a new building designed to house music teaching rooms, practice rooms, and student common areas. Other amenities include outdoor student hub seating space, a study area, and a place for vending machines. The College of Health and Human Services is planning a $149.6 million facility that will feature faculty space, areas for student collaborations, teaching labs, research facilities, administration offices, a medical simulation center, and a clinic that will be operated in cooperation with a local regional hospital.

The University of Texas (UT) System is prepared to begin work in 2022 on the second phase of the John Sealy Hospital modernization plan at the UT Medical Branch (UTMB) in Galveston. The proposed $54 million project calls for construction of an inpatient rehabilitation and a behavioral health unit, modernization of patient treatment and new staff support space. This follows a series of expansion and modernization projects in Galveston as part of the current UTMB Campus Master Plan.

Officials at the University of Las Vegas plan to have completed the construction of a $26.2 million Engineering Academic and Research Building on the Maryland campus by July 2023. The facility will include 52,000 square feet of much-needed space for research labs, classrooms, fabrication space, student gathering areas, and faculty research space. Additional projects on the Maryland campus with an estimated completion timeframe of July 2025 include a new business college facility and a fine arts building.