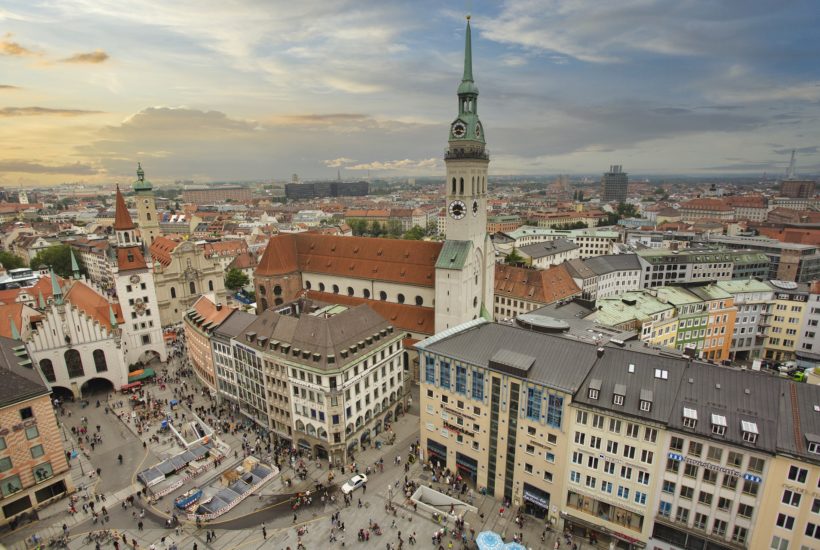 Five years ago, Katharina Jünger, launched Tele Clinic, the domestic market leader for video consultation hours with doctors in Munchen. Jünger’s circle of friends suspected that this would have to open the wallets of startup investors in Corona times. However, the opposite is currently the case. “There is no German investor in sight,” said the young entrepreneur about the current financing round, which was involuntarily started with the run-up to the pandemic. But if a health-related startup such as Tele Clinic has such financing problems, what might be the situation with other young companies? A look at the scene shows the situation is not good.

In a survey conducted by the German Startups Association, 80% of the companies surveyed said that their existence was threatened by the crisis. This is particularly true for all those whose business model no longer functions due to contact blocks and other restrictions – such as travel startups like Flixbus or those that are active in the mobility sector. One horror example currently circulating in the scene is that of the e-scooter startup Bird, which was the first in Germany to test the new scooters in 2018. But without tourists, open shops and group activities, only a few have been using them since mid-March. A steep growth curve came to an abrupt halt – and the Californian provider reacted radically: via video conference, a spokeswoman informed more than 400 employees simultaneously about their dismissal.

Find out more about the critical financial situation German startups are facing and whether crowdfunding can help them survive with the Born2Invest mobile app. Be the first to read the latest economic news from around the world with our companion app.

Startups in all sectors are deeply affected by the corona crisis

However, even startups whose core business does not depend on being on the road or on events are by no means carefree. Janina Mütze is managing director of the opinion research startup Civey. She has observed that the need for “quick, valid data” tends to increase: “Many of our customers now want to know what their target group is currently up to or how the crisis is affecting them. Nevertheless, the situation also makes itself felt at Civey. “We don’t yet know what lies ahead and are postponing future-oriented investments – from new hires to development.”

The drying up of the market for venture capital hits many startups harder than short-term slumps in turnover. In a survey conducted by the start-up conference Bits & Pretzels, 65% of the companies surveyed said they were only financed for a maximum of six months. Nine percent even fear that they will not be able to survive for more than another month without new capital.

“Financing rounds are canceled last minute, hardly anyone dares to make new investments in this situation,” said Janina Mütze, who is glad to have completed such a round before the slump. “Many investors are now looking to stabilize their existing portfolio for the time being.”

And because startups by definition rely on novel business models and rapid growth, classic bank loans are generally not an option for them. The risk of default is too high. Although special startup loans have been available from the state-owned development bank KfW for about a year now, the initial application is still being reviewed by the main bank. These loans are therefore usually only available to companies that are already profitable.

At the end of March, the startup association warned that if a solution was not found soon, the entire industry would be in danger. Shortly afterward, the German government reacted and announced that it would open the state rescue package for “late-stage” startups with a valuation of more than $54.3 million (€50 million). In addition, Federal Finance Minister Olaf Scholz (SPD) and Federal Economics Minister Peter Altmaier (CDU) promised at the beginning of April to provide a two million euro rescue package.

However, the funding is not to flow directly to the companies but is to be distributed to private investors who decide to make a new risk investment – or to existing shareholders who support “their” startups with capital increases to bridge the crisis. In this way, the government wants to prevent all those young technology companies from running out of liquidity, whose innovative strength it hopes so much for in order to push ahead with digitization in Germany.

However, so far the help does not seem to be getting through. German authorities have referred Tele Clinic to the EU for state aid, said Katharina Jünger. There she learned that a decision on her application will be made in August. “So after death”, she says.

Apart from that, the use of tax money for risky investments is controversial. In an interview with “Manager Magazin”, startup founder and risk capital expert Sven Schmidt even described the demands of the startup association as “anti-social”. There, “millionaires were crying out for state aid.”

Many young founders of the industry are unlikely to feel that this is the case. But Artnight founder David Neisinger also sees the problem: “I don’t want to sound sniveling. After all, as entrepreneurs, we have consciously decided to take a risk and know that ultimately we have to take responsibility ourselves.” Like most startups, his company has applied for short-time working.

As a third way between state aid and classic private investors, some startups may consider financing through crowdfunding. One company that has just started a crowdfunding campaign despite the Coronavirus crisis is Pickawood, an online platform for custom-made furniture. CEO Tim Ehling reported that Pickawood has postponed the start date of the campaign by two weeks in March due to the general uncertainty. But Pickawood dared to do it in mid-April – and after a good two weeks collected almost $261,000 (€240,000) from 245 small investors.

A model also for other startups? Ehling hesitates: For crowdfunding to work, it either needs a particularly good story – or demonstrable success. In addition, crowdfunding also needs three to four months in advance in order to function. Pickawood was already founded in 2012 and has since achieved a turnover of around $21.7 million (€20 million).

However, even ideas that fit in well with the times can be successful. Intelligent Fluids, for example, a producer of sustainable cleaning agents, has been able to collect more than $540,000 (€500,000) in almost three weeks.

Ehling also sees the crisis as an opportunity for part of the start-up scene: “If you survive this crisis, things will be easier afterward. For there will inevitably be a consolidation of the market, albeit a painful one.” And he sees many advantages for young digital companies. “For example, as a technology-based start-up, we can reduce our expenses much more easily and quickly than a large furniture store.”

(Featured image by iankelsall1 via Pixabay)

First published in FRANKFURTER RUNDSCHAU, a third-party contributor translated and adapted the article from the original. In case of discrepancy, the original will prevail.