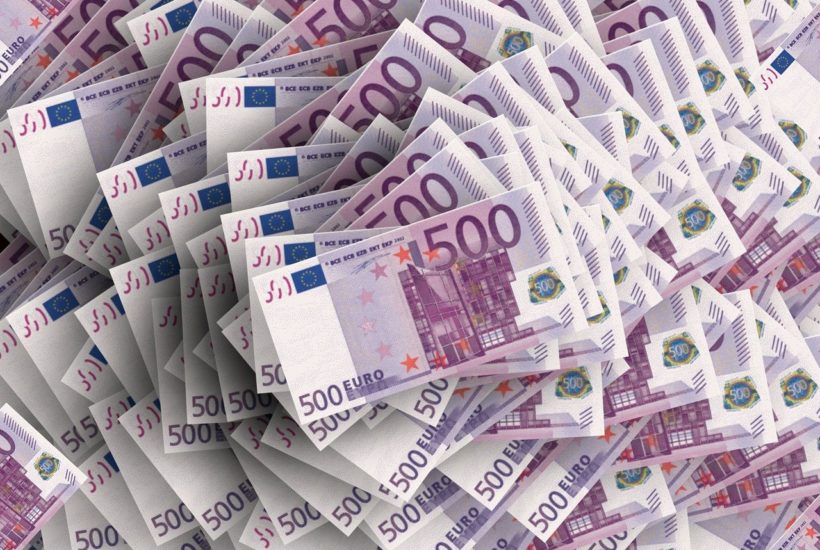 “This year the goal is to raise another $485.7 million (€400 million) to finance Credimi’s funding plan, working on three specific sites: operations similar to those done so far and therefore dedicated to SMEs with certain risk characteristics; operations with main focus towards the sectors most affected by the Covid-19 crisis, such as tourism and catering; launch of new finalized products such as Credimi e-commerce.” That was said by Sabino Costanza, co-founder of the fintech lending platform for SMEs Credimi, on Wednesday, May 12th.

Costanza added: “We started with factoring and then we gradually focused on medium-long term financing. In the last 12 months, we have raised $814 million (€670 million), working with investors of various types: Italian banks, international banks, insurance companies, regional finance companies, and foundations.” He continued, “The financing operations have all been structured as securitizations, in some cases as tranched operations and in others not. In some cases, especially the tranched transaction, Credimi in turn invested in the abs notes. To date, we are studying other operations for a total value of $607 million (€500 million) with 5 counterparties, some of which are new and others with whom we have already worked in the past.”

One of these operations, added Tiziana Marongiu, chief business development officer of Credimi, who also spoke at the Caffé, “will be carried out with a local bank with which we have not yet worked and which will focus on financing for sole proprietorships for a total value of $97 million (€80 million). We should launch the operation in the next few weeks”. Credimi is in fact increasingly moving towards the market of very small companies, continued Marongiu: “Last year we received about 22,000 requests for financing estimates, 80% of which came from companies with a turnover of less than $2.4 million (€2 million). And the trend is confirmed this year with 14 thousand requests for quotes to date, of which over 80% are from micro-companies and 20% from sole proprietorships.”

As for the returns offered to investors, said Marongiu, “on average we can say that they are maintained in a range of 200-300 basis points above those paid by BTPs of similar maturity.”

Read more about Credimi and find the latest business headlines in the world with the Born2Invest mobile app.

Since its operational debut in 2016, Credimi has disbursed over $1.94 billion (€1.6 billion) to Italian SMEs

This has made it the largest European digital lender according to P2P Market Data, as well as the largest Italian one. All resources collected from the capital market through securitizations.

The last major transaction, for $243 million (€200 million), was announced at the end of April. Banco BPM and Intesa Sanpaolo took part in the securitization as senior noteholder of the abs, issued by the new spv Perseveranza, which with IMI corporate & investment banking division shared with Banca Akros the role of arranger, BNP Paribas Securities Services as account bank and paying agent, Banca Finint as servicer, corporate servicer, calculation agent and representative of the bondholders.

At the beginning of April 2020, when the pandemic had just broken out, Credimi had structured the Italianonsiferma securitization with Generali, through its International Extraordinary Fund launched to face the Coronavirus emergency, with Generali as anchor investor of the junior tranche, for a share of $12 million (€10 million) on a final funding target of $120 million (€100 million). In June 2020, Generali was joined in the role of anchor investor also by Finpiemonte and Fondazione CRT, whose investment of $4.8 million (€4 million) in the junior tranche allowed to increase the initiative’s firepower by $48 million (€40 million). The additional amount was allocated to SMEs in Piedmont and the Aosta Valley. Guaranteed at 10% by the two new anchor investors, the remaining 90% is covered, in accordance with the Liquidity Decree, by the SME Guarantee Fund. Both operations were carried out in collaboration with Banca Generali, which distributes the product to its professional clients, with the aim of quickly mobilizing Italian private savings to support the real economy.

SEE ALSO  Pay attention: Avoid these travel mistakes when on the road

Founded in 2017 by Ignazio Rocco di Torrepadula, former senior partner at BCG, together with a team of young people with technological and financial experience, Credimi has so far raised over $21.8 million (€18 million) in capital from investors, in two different rounds: the first $9.7 million (€8 million, in two successive tranches closed in February 2016, raised from well-known entrepreneurs and financial professionals and the other $12 million (€10 million) in September 2018, led by UV2 (United Ventures sgr) and Vertis Venture 2 Scaleup (Vertis sgr).