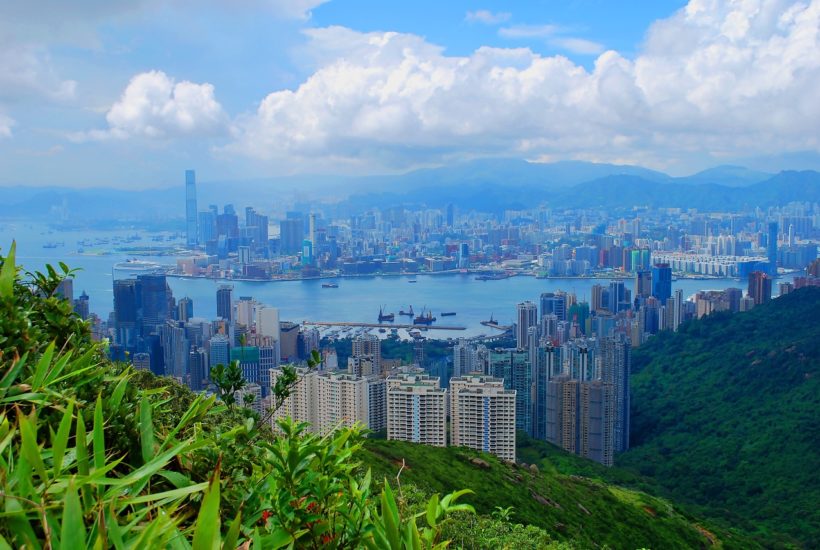 CRIF, one of the leading international players in business and credit information, advanced digital solutions for business development and open banking, announced the signing of a commercial partnership with Know Your Customer (KYC), a scaleup based in Hong Kong with offices in Singapore, China, Ireland and the UK that provides digital solutions for end-customer profiling for companies and financial institutions worldwide.

Read more about CRIF’s investment in KYC and find other important business news with the Born2Invest mobile app.

Founded in 2015 by Claus Christensen, Cormac Doddy, Richard Barrett, Know Your Customer has developed technology that provides a revolutionary new standard for businesses in the areas of AML, corporate KYC, and digital identity verification. This technology accelerates the onboarding of a new customer from an industry average of 26 days to one day, reducing the manual work of compliance officers by up to 85%.

Since launching, the scaleup has raised over $5.4 million from investors, including Swiss fintech accelerator F10, which has included Know Your Customer in its program launching in May 2020. In January 2020, Know Your Customer also raised capital on AngelHub, Singapore’s equity crowdfunding platform for professional investors. The platform had then announced the deal in tandem with an investment in another scaleup, Botsync, active in robotics, for a total of 2.5 million spread over the two investments. In April 2019, Asian investment bank CLSA had instead invested $1 million based on a valuation of the startup of $11 million.

The capital injection will allow Know Your Customer to expand its product portfolio to target previously unserved industries while extending the development of Artificial Intelligence (AI) and automation components within its platform.

The partnership will allow Know Your Customer to leverage CRIF’s extensive and established customer network of 10,500 financial institutions in more than 40 countries to significantly accelerate growth in other global markets.

As for CRIF, the agreement will expand its KYC information offerings through Know Your Customer’s premium platform to enhance the end-to-end digitization of business onboarding for the finance industry globally.

The goal of the collaboration between the two companies is to accelerate the innovation process for banks and FinTechs that need an extensive digital transformation process to navigate the new economic climate. The partnership will also deliver a better digital experience for individuals and businesses on a global scale through the use of a more comprehensive and constantly updated data set, which will ultimately simplify access to credit.

Claus Christensen, CEO and co-founder of Know Your Customer, commented, “This new partnership and the associated investment is a tremendous achievement and an essential starting point for the next phase of Know Your Customer’s global expansion. The entire Know Your Customer team is excited and ready to work closely with CRIF to expand their network and further advance the capabilities of our advanced KYC solution.”

Carlo Gherardi, CEO of CRIF, added: “Know Your Customer’s technology is a strategically important addition to our product portfolio, strengthening our position as a center of excellence for enterprise KYC solutions in Asia and globally.”

CRIF is now a serial investor in startups, especially Italian and international fintech companies, always with a view to open innovation. Last May it announced an investment in the Italian Fido, a fintech that has created the first European platform on which it is possible to improve the analysis of consumer trustworthiness thanks to the analysis of digital signals and machine learning. Also in May, CRIF invested in the fintech/insurtech startups Fintastico, Bit&Coffee, and Criptalia. Last February, the group instead entered the capital of the startup FoolFarm, which had just closed a $2.4 million (€2 million) round. A few days earlier, the Bologna-based group had announced its investment in the Neva First fund, the first venture capital fund launched by Neva sgr, the new venture capital fund management company into which Neva Finventures, the corporate venture capital arm of Intesa Sanpaolo, was transformed last January. Finally, last January the Emilia-based company invested in the trade finance platform we.trade, with which it has also signed a strategic alliance and closed an agreement with AideXa, the new fintech bank dedicated to small businesses and VAT holders founded by Roberto Nicastro and Federico Sforza.

Last April, Crif issued a $53.3 million (€45 million) 12-year bond, which was fully subscribed by Pricoa Private Capital (Prudential Financial group), as part of the $125 million shelf facility agreement signed in 2016. The issuance followed the $35.5 million (€30 million) issue in April 2020 also with a 12-year maturity. Instead, the first issue under the agreement with Pricoa dates back to July 2016 and had been for $59 million (€50 million). The proceeds of the new bonds will help support the group’s $415 million (€350 million) investment plan for the three-year period 2021-2023. The new investments will cover new services, including open banking globally.

SEE ALSO  Ripple strengthens its foundation in Asia through 3 partnerships