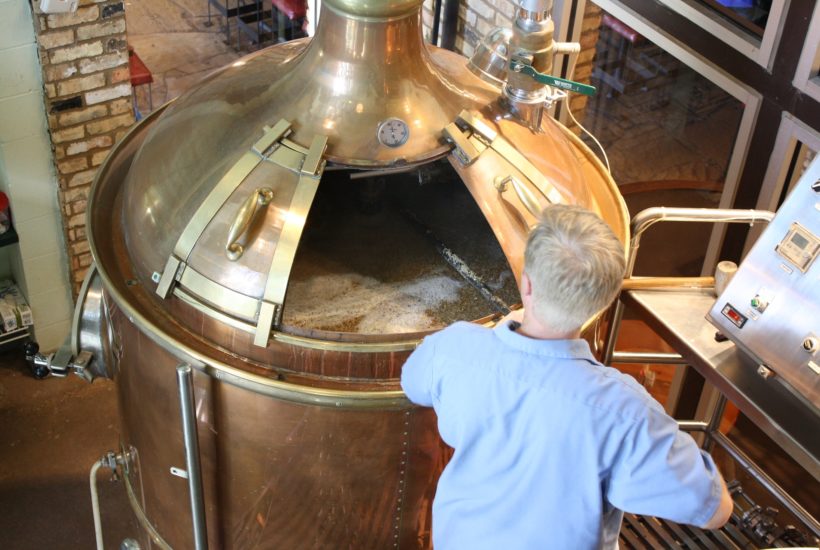 It seems that Cervecería de Colima carries the spirit of crowdfunding in the bowels of its operation. When it was created, in 2014, more than 60 investors backed the idea that Esteban Silva, Andrés Castillo, and Jorge Zebadúa had of creating Colimita, an artisanal beer that would “get along with the heat of the Tropics.” Now, six years later, the brewery has added to its ranks more than 150 investors who helped it face the COVID-19 pandemic.

If you want to find how crowdfunding saved Cerveceria de Colima and to read the latest business news in the world, download for free the Born2Invest mobile app.

Between February 12th and 27th, Cervecería de Colima managed to raise 10 million pesos from 174 investors through Propeler, a digital platform for collective funding of capital or equity crowdfunding, which is basically responsible for finding companies with good growth prospects to help them raise financing through collective funding campaigns or crowdfunding. Among Propeler’s most successful financing campaigns are those of Mezcal Amores and fintech companies Fondeadora and Swap.

Although the original destination of most of the $448,620 (10 million pesos) raised by Cervecería de Colima – $359,204 (8 million pesos) more than the campaign’s goal – was to continue its expansion process into the United States and Europe, the health emergency meant that some of these resources were used to guarantee payment of obligations such as the salaries of its workers.

“When we entered the crisis, we knew we had a healthy box to face the pandemic,” said Esteban Silva, one of the founders of Cervecería de Colima and its current executive director, who described the different stages the company has gone through during the health emergency caused by the COVID-19 pandemic.

According to Silva, at first, in the second half of March, when social distancing measures began in the country and non-essential businesses were closed, the company experienced a state of shock because orders placed by what until then had been its main sales channel, restaurants and bars, began to be canceled.

Between the first week of April and the second week of May, what Silva defines as the reconfiguration stage occurred, which was summarized in the maximum activation of the online sales channels. According to Silva, although the drop in sales in this period was inevitable, the digital business allowed it to be only 5% compared to April 2019.

“It was far from what we would have liked to achieve in April, but it was no longer as catastrophic as we thought in the first stage,” he said.

With the modification of the commercial strategy and the shift of sales teams to channels such as Amazon, UberEats and Rappi, the Colima brewery recorded increases of between seven and eight times what was sold digitally before the health emergency, in the first quarter of the year.

The craft beer industry experienced an increase in sales in May

With the shortage of commercial beer that led to the brewing industry having to interrupt the operation of its plants, Cervecería de Colima experienced a sudden increase in sales of its product starting in the second week of May. For this reason, the inventory that the company maintained after also stopping its operation, which was to last between two and three months, lasted only two or three weeks.

“May was a good month for the entire craft beer industry. All of us who had inventory sold it. In addition, many people bought craft beer for the first time; many Mexicans who did not see artisanal beer as an alternative were forced to try it and many of them will be consumers who come back to us,” said Silva.

The most recent stage of Cervecería de Colima’s response to the pandemic has been the resumption of production with adequate sanitary measures and without a product. Although Silva knows that activity in restaurants and bars will take time to return to normal, he is convinced that Mexican consumer habits have changed.

According to the executive, while before the pandemic 80% of its sales were made in bars and restaurants, 15% in self-service stores and supermarkets and only 5% through e-commerce, it would not be strange that at the end of the year, the distribution of sales is 30% in restaurants, 30% in retail and 30% via digital.

Much of the growth in Cervecería de Colima’s digital channels was driven by the company’s now more than 200 investors. This is another benefit that Silva sees in resorting to crowdfunding, that is, investors become owners interested in the company doing well.

“Few companies can say they have more than 200 people behind them who can legally say they own the company and will open doors for it in many ways,” he said.

The Cervecería de Colima campaign on Propeler was aimed at having Mexicans living in the United States or Americans of Mexican descent finance the company’s expansion into that country. However, the timing of these plans has changed due to the pandemic.

According to Silva, the resources will be used to finance growth in the medium term and to be able to take advantage of specific opportunities in the coming months. The expansion process in the United States will have a six-month lag.

(Featured image by cerdadebbie via Pixabay)