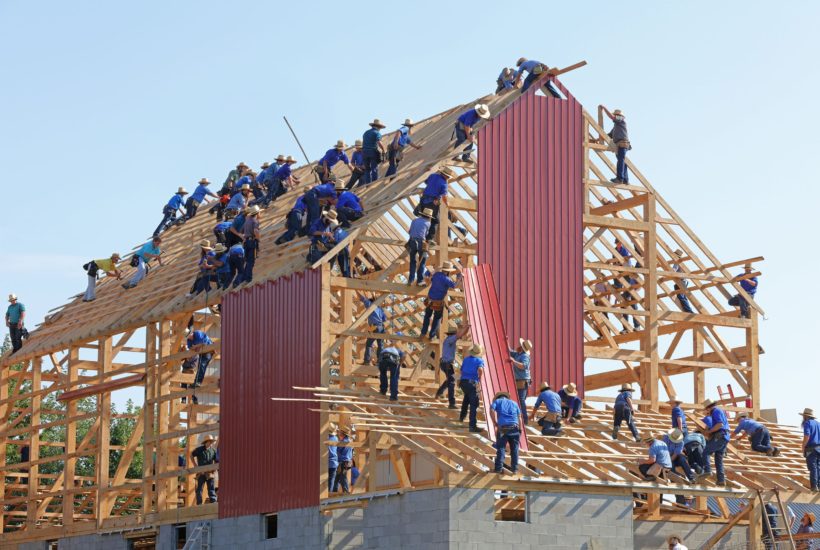 With a budget of $615,752 (€550,000), the Sanctuary of San Miguel de Aralar would be the first phase of a larger project, according to Mikel Garciandía, chaplain of San Miguel. To finance it, a sponsorship campaign has been launched.

“The shrine is taking a medium-term approach because we are carrying a longstanding competitor,” observed the chaplain. “Up to now we have been in charge of rehabilitating the essential services, that is, the temple, restaurant, bar, and refuge, but we do not have the necessary equipment, and even less so when we are thinking of making a jubilee year in a couple of years. It requires some minimum facilities,” he said.

Born2Invest brings you the latest, financial news from trusted sources. Explore stories, and content on a whole range of topics, from business to crowdfunding, biotech to Africa, and much more.

Further to what was covered, this building attached to the sanctuary is also a buttress in the northwest area, the most weather-beaten area, especially at an altitude of 1,355 meters. “The narthex is in danger because the building is in very bad condition,” explained Garciandía. He pointed out that the building has been walled up and closed for more than 50 years.

He recalled that “There were no longer any pilgrims sleeping when the road was built and it was out of place.” But the passage of time has not been in vain and the wooden beams have degraded and the iron has rusted. The chaplain stated: “It can collapse and endanger the very structure of the shrine.” He also went on to point out: “We have made a virtue of necessity and recovered this building to create an open space for Aralar.”

Another advance of his was to go on and state that: “We also dream about a second phase, it would be to take the tent out of the sacristy and provide a large space for the people who visit the sanctuary. It would be completed with a third phase, to open the hostelry.”

Although this is a project planned for next year, the fundraising campaign is already underway. The chaplain said, “We are giving the first push this month for this year’s renovation campaign. We want to make this project sociable and also launch a crowdfunding campaign around March. There is a very broad profile of people who have connections with the Shrine.”

This project follows in the footsteps of many other successful projects that have been launched in the social business and product world. Platforms like GoFundMe have proven wildly popular and we are likely to see more niche projects that turn to crowdfunding over the course of 2020.

First published in Noticias de Navarra, a third-party contributor translated and adapted the article from the original. In case of discrepancy, the original will prevail.