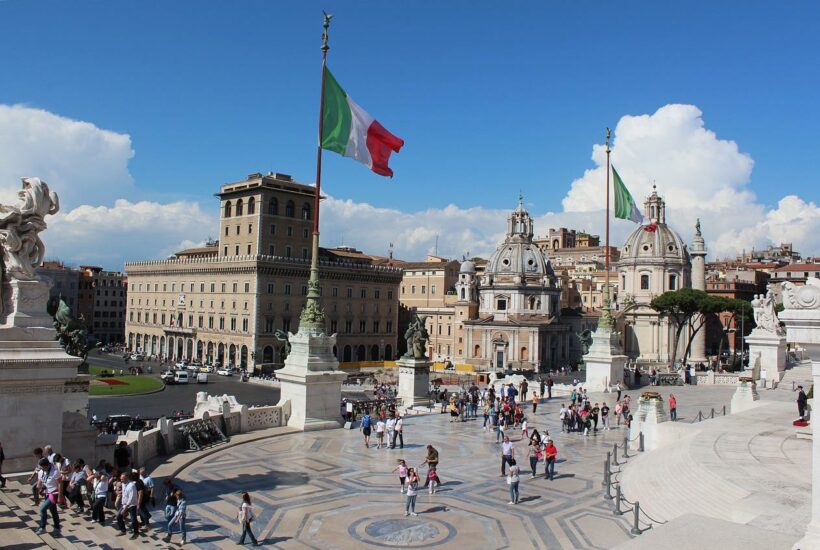 The crowdinvesting industry in Italy from the beginning of the market, in 2014, until the end of June 2022 has raised $1.15 billion (€1.13 billion), considering equity crowdfunding platforms $435 million (€429 million) and social lending platforms to both individuals and businesses. Of this, $437 million (€431 million) was raised in the last 12 months, a 27 percent growth over the figure as of June 30, 2021. The figure, however, is lower than the $510 million (€503 million) raised in the 12 months since June 2020, when, moreover, the growth rate had been 172 percent, but the latter figure is greatly affected by the base effect. In any case, the flow of resources collected is indicative of a sector that is still healthy despite the many uncertain factors that have occurred over the past year.

On the lending data front, it should be pointed out that the calculations of the Polytechnic Observatory already from the previous edition regarding data as of June 30, 2021, take into account only the collection through platforms that allow investment by the crowd, i.e., by private individuals, and therefore, for example, in the case of lending platforms to individuals, the collection of Younited Credit is not taken into account, while on the front of lending platforms to businesses, platforms such as Credimi, Fifty, Whit-e, Workinvoice, where investors are all institutional, are not considered. If these were also taken into account, the statistics would obviously explode, as indicated by BeBeez’s 2021 Fintech Platforms Report, which calculated that from 2014 to the end of 2014 the intermediation of fintech platforms to enterprises was as much as $8.7 billion (€8.6 billion). And for this very reason, therefore, the data for this year and 2021 presented by the Polytechnic Observatory are not comparable with those calculated for the report as of June 30, 2020.

Going, more in detail than the Politecnico’s data, on the equity crowdfunding front, it should be noted that the number of platforms authorized by Consob at the end of June 2022 was 51, of which 8 were authorized this year and 8 were also authorized to place debt securities (although only three so far have actually placed minibonds, namely Crowdfundme, Fundera, and Opstart, with 36 campaigns totaling $38.2 million $38.2 million (€37.6 million). The total number is the same as a year earlier, but in the meantime, there have been 8 dropouts and cancellations (Cofyp, Leonardoequity, Extrafunding, Gopmi, Crowdkasse, Crewfunding, Capital4solutions, and Ecrowdengineering).

From the beginning of the market until the end of June 2022, there were 1,055 campaigns, of which 799 were successfully closed, 209 closed without reaching the minimum target set (thus without any final collection), and 47 that were still ongoing (many of which had already reached the minimum threshold of success). The campaigns promoted by Clubdealonline.com and Pariter Equity are excluded from the count because the projects are only visible to members as investors on their respective platforms, which target HNWIs. Of the total number of campaigns, 219 were opened in the last year, and specifically, 100 in the first half of 2022, of which 88 campaigns were successfully closed (compared to 93 in the first half of 2021), with a success rate in the first 6 months of 2022 of 88.9 percent, far higher than the overall average for the entire sample since 2014 of 79.3 percent.

Going back to the Milan Polytechnic’s data, the platform that finalized and raised the most capital throughout the period considered was confirmed as Mamacrowd (with 83.6 million euros effective as of June 30, 2022), followed by Crowdfundme (71 million and the highest number of campaigns published ever, 192) and Walliance (68.46 million). On average, each campaign receives the support of 96.2 investors (mostly males, around 45 years old) and the average amount invested is €3,913 for individuals and €35,740 for legal entities, trending upward compared to the past.

As far as social lending is concerned, as of June 30, 2022, there were 7 platforms active in Italy aimed at financing individuals (consumer, one more than last year), 12 dedicated to companies (business, 4 more) and as many as 20 specialized in real estate (6 more), that is 39 in total.

Funding in the last 12 months was $66.7 million (€65.5 million) for consumer platforms, with a cumulative total overtime of $191.1 million (€188.82 million): leading the way is Soisy, with $44 million (€43.3 million) in the last year. Generalist crowdlending platforms in the business segment have disbursed $104 million (€102.4 million), reaching a cumulative total of $277 million (€273 million): October excels in the segment with $84.5 million (€83.2 million) raised, of which, however, a good portion comes from professional noncrowd investors. Real estate platforms record an annual flow of $84.5 million (€83.2 million) raised and have totaled $179.3 million (€176.5 million): first is Rendimento Etico, with $24.7 million (€24.3 million) in assets in the last year. Some platforms provide protection funds to repay any defaulted loans, while others leverage the public guarantee of the State SME Fund.

Finally, as pointed out by the Observatory’s study, the real estate crowdfunding industry has been confirmed as particularly vibrant in Italy: if a year ago there were only 18 active dedicated platforms, today there are 27. Typically, these are short-to-medium term projects that aim to redevelop, or build from scratch, real estate properties, with subsequent sale. Crowdfunding has an important boost in initial financing due to the speed of raising and the absence of collateral. Projects financed in the past year in this sector have raised as much as $129.2 million (€127.3 million), +38.1% over the previous period.

Numbers that describe a sector that remains dynamic, and to which the EU Commission’s decision to extend by one year the duration of the transitional period of the new European Regulation on crowdfunding for already active service providers operating under national rules, originally set for November 10, 2022, during which the platforms must obtain authorization to operate on the basis of the new common rules, each from the competent Authority in their own country, certainly lent a hand. For Italian operators, this would have posed a significant risk as it has not yet been determined which Authority should grant such authorization. Which would have entailed the risk that so many platforms would move their registered offices abroad in order to continue their activities (see other BeBeez article). In any case, the risk of the market crashing has not yet been completely averted, so much so that AIEC, the Italian Association of Equity Crowdfunding Platforms, has sent an open letter to the EU Commission, ESMA, EBA, Presidency of the Council of Ministers, Ministry of Economy and Finance, Consob and Bank of Italy, signed by president Alessandro Lerro, who is also president of Assofintech’s scientific committee.