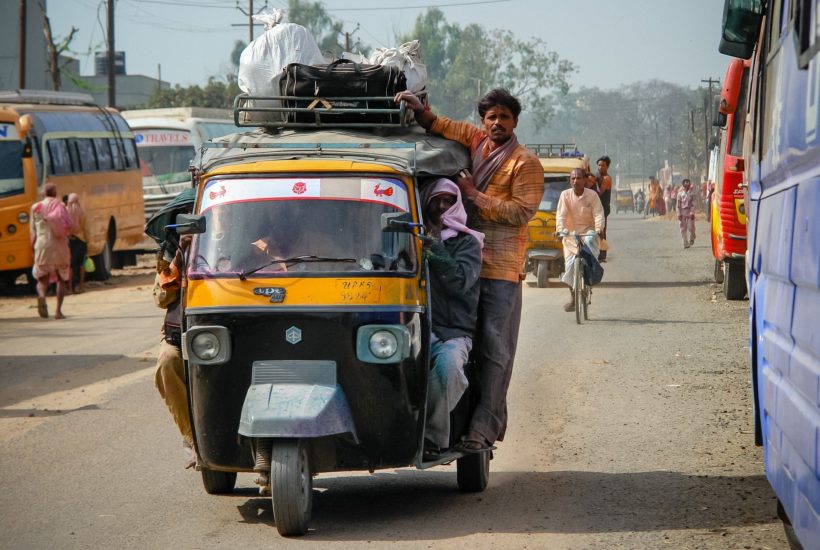 When, in March, India’s Supreme Court overturned the ban on banks trading with cryptocurrencies, optimism was widespread. Local companies have re-launched their activities, and major global exchanges such as Binance, OKEx, and Kraken have repointed the end of their platforms. All in all, there has been a phenomenal upheaval, which some considered somewhat premature at the time. It must be said that a potential market of more than 1.3 billion people, barely half of whom are in their mid-twenties, is enough to whet the appetite.

Weary, the hoped-for Eldorado is still being longed for. Commercial banks are still reluctant to negotiate with crypto companies, well helped by a central bank (RBI) that cleverly maintains an artistic vagueness around its directives. The long-awaited tax clarifications have been postponed until later this year. In addition, there are rumors that the government is preparing to reintroduce its “cryptocide” law. Heavy prison sentences, hefty fines and other punishments are to be introduced.

Read more about the uncertainties surrounding the crypto sector in India and find our the latest economic news in the world with the Born2Invest mobile app.

In such a context, the professionals could see all their efforts wiped out, whereas the energy deployed since March had already borne fruit. According to Coindesk data, WazirX, a local exchange bought by Binance, has seen a 400% increase in its trading volume since the Supreme Court’s decision, according to its CEO Nischal Shetty. CoinDCX, another leading platform, has seen a tenfold increase in the number of users.

Interestingly enough, awareness campaigns and education on blockchain and cryptocurrency have reportedly led a number of women, the majority of the 190 million unbanked Indians, to take an interest in it and to consider digital assets as a possible route to financial independence. It is estimated that 52% of CoinSwitch operations are carried out by them. Shetty, who has launched a twitter campaign #IndiaWantsCrypto, claimed that they are the ones who support his approach the most.

Another more expected phenomenon, attested by the survey conducted by the Bit2buzz news agency, all platforms have seen an influx of visitors belonging to the 30-35 age group, the same people who make up the bulk of the Cashaa and Oropocket digital banks’ troops, which stated that 75% of their users are under 40 years of age.

A climate of permanent insecurity

Encouraging signs that could be short-lived if regulatory confusion continues to reign. Indeed, the Internet and Mobile Association of India (IMAI), which represented the crypto industry before the Supreme Court, wants to be formally heard by the RBI and the government to jointly develop an appropriate legislative framework. The model to be followed by the central government would be, for the association and the defenders of the ecosystem, that of the State of Telangana which created the first “Blockchain District” in the country. In the meantime, the organization is working on a “code of conduct” with a KYC/AML orientation to foster innovation while fighting against fraud and scams of all kinds.

However, the gamble is far from over. Indian officials are generally unaware of blockchain technologies and the potential of digital assets, and outright prohibition is often their answer to things they don’t understand. Except that currently, the crypto industry, mobilized as never before, is fighting strong to win its case. Activism has replaced the wait-and-see approach to tilt things in the right direction.

A health and human drama

Will the impact of COVID-19 have an effect on government decisions on crypto? There’s no indication of that either way. If the government of Premier Narendra Modi’s government wants to forcefully restart the economic machine, the crypto industry is of course not part of its stimulus package.

The current context has only aggravated an already dramatic social situation. India has 400 million working poor people who, as soon as the announcement of confinement was made, had to leave the big cities to return to their villages. With no income, abandoned by the State, these forgotten people are reliving the same episode as in 2016, when the government announced without warning the immediate withdrawal of the 500 and 1,000 rupee notes, or 86% of the money supply in circulation.

The most precarious, without bank accounts, had been thrown into the blackest misery without moving the brutal head of government. Already at the time, some leading analysts were seriously considering the Bitcoin hypothesis to promote the financial inclusion of all those left behind. At the moment even more so, the need for a flexible and secure tool, existing without any state interference, is the solution.

(Featured image by Devanath via Pixabay)

First published in CRYPTOACTU, a third-party contributor translated and adapted the article from the original. In case of discrepancy, the original will prevail.