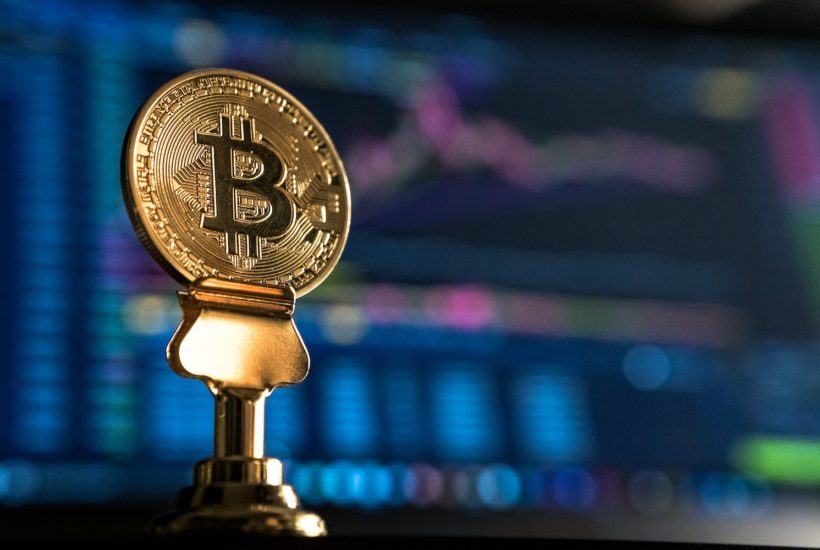 The Bitcoin share price has so far shown a completely different side in April than in March. While last month it showed extreme volatility due to the crashes, such as the one on March 12th, this month BTC share prices have been more stable. Throughout the whole of April, the Bitcoin price has been in the range of $6,650 to $7,350.

Many people are now wondering whether the crash is already over or whether this is just the calm before the storm and the next crash. What will happen in the short term in the next weeks and months is always difficult to predict. In the long term, however, 2 indicators speak clearly for a massive rise in the Bitcoin price.

If you want to find out why the Bitcoin price is likely to increase in the long-term and to read the latest economic news, download our companion app, Born2Invest.

What will lead to an increase in the Bitcoin price?

Anyone who regularly reads business news or even crypto news knows that in retrospect there are always many reasons listed when there have been price movements. If you take a more sober view of the connections that lead to increases or losses, e.g. in the Bitcoin price, then it is simply a matter of supply and demand.

In theory, the Bitcoin price rises due to less supply or more demand. The Bitcoin Halving will already provide for the former in mid-May. Then the daily average of new BTCs will drop from 1,800 to 900, thus reducing supply. The fact that this is not just pure theory could show that, in the past, parabolic growth in the Bitcoin price has always occurred after the halving.

Bitcoin price could be fueled in the long term

The other factor, which could boost the Bitcoin price in the long term, is of course increased demand. And it is precisely in this respect that an interesting development has become apparent since the start of the corona crisis and the lockdowns around the globe. As the cryptanalysis company, Glassnode showed in a blog article, the interest and number of new users of Bitcoin has risen sharply in recent weeks.

This is shown not least by a massive increase of new users on crypto exchanges like Kraken, OKex, Bitfinex, Paxful and Luno. Kraken, for example, registered an increase of 83% in new registrations and a 300% increase in intermediate reviews, allowing users to deposit Fiat money immediately.

Another indicator underpinning this development of increasing interest in BTC is the number of new users joining the Bitcoin network daily. This almost tripled from 6,000 to 17,000 between mid-March and early April.

Parallel to this development, there is another indicator that underpins the long-term nature of investors’ thinking and could push the Bitcoin price to new heights in the future. What is meant by this is the outflow of BTCs from Exchanges.

As Glassnode continued in its article, there has been an increased outflow of BTCs from crypto exchanges in the same period since mid-March, which can be seen in the Exchanges’ balance sheets. This suggests that many investors prefer to store their BTCs in cold wallets themselves and, therefore, most likely want to remain invested for the long term.

As so often, one possible explanation for this development is the narrative of the “safe harbor” and the “digital gold” around Bitcoin. Especially in uncertain times like these and the expected higher inflation, investors are looking for ways to invest their money. The fact that this is really the reason for the increase in new users at BTC is of course not clearly proven. Nevertheless, both indicators give hope for a long-term increase in the Bitcoin price.