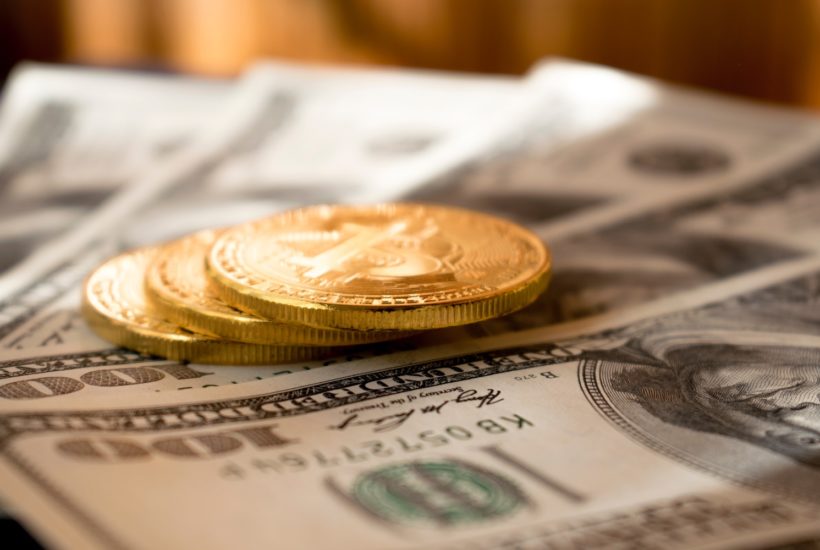 “While the properties of the BTC are unique, the industry needs to work on the way it talks about it. It also needs to improve its marketing and user experience so that people can understand why this is an obvious investment opportunity and why they are buying it,” said Zac Prince, co-founder of BlockFi, a leading U.S. start-up company specializing in crypto lending.

According to him, as long as there is no better option against the US dollar, Bitcoin will continue to benefit from its status as a global reserve.

However, “for fixed assets such as Bitcoin, efforts to print money from fiat currencies should lead to upward price movements,” Prince said. “For crypto, we will continue to see inflows from retail and institutional investors, which is due to the acquisition of new customers by major platforms,” he added.

A recent survey has shown that senior trading executives believe that major trading companies are about to make the leap to crypto and that their preferred trading pair is the BTC/USD pair. In addition, the leading chat application operator Line has just sent another major sign towards the growing adoption, stating that 62% of the users of its Bitmax trading platform in Japan are new to crypto.

Discover the most important business news from around the world with our companion app, Born2Invest. Download our app for free, and be the first to find out the latest happenings in the crypto sector and how Bitcoin could win from the current crisis.

There is potentially more good news for Bitcoin and the financial systems in general, as this global crisis could lead to fundamental change.

“While the financial crisis of 2008 led to the birth of Bitcoin, this new crisis could really be the one that defines Bitcoin as a digital asset, but also a way to bring real change to the financial system and democratize economies and markets. The result could be a more optimized financial system that would be a hybrid (both centralized and decentralized) with the best of both worlds,” said Hirander Misra, President, and CEO of financial and technology solutions provider GMEX Group.

Misra said both gold and BTC investors are now partially withdrawing from the current financial system and in this way “they can weather the economic contraction until things calm down.”

“Turning to gold and the BTC and reducing the short-term exposure of financial assets will also protect investors from a system that carries counterparty risk as governments and institutions will become increasingly indebted,” he said, noting that “the BTC is a digital asset and is more portable than gold. Even if it is fully asset-backed tokenized gold, the underlying asset must always be stored somewhere,” Misra added.

Meanwhile, Bitcoiners are talking about hyperinflation, which should help the adoption of the BTC. Last week, a report by the Open Money Initiative denied that Venezuelans are using the BTC as a store of value against the devaluing bolivar. Instead, it is used “as an intermediary to obtain more stable currencies such as the U.S. dollar, Colombian peso, Chinese yuan and various stablecoins.”

However, if the US dollar were also to devalue, Bitcoin is more likely to become a valuable reserve.

Dollar may devalue in the next 12 months

The extent of inflationary pressures will depend on the increase in the money supply needed to facilitate these quantitative easing programs. In the case of the United States, the country has a large fiscal deficit, and it will increase as a result of: (a) the economic contraction resulting from the crisis; and (b) the aid program.

“An increase in the budget deficit has a direct correlation with rising inflation, which, combined with the increase in the money supply, leads to inflationary pressure on two fronts,” Misra said. “This will certainly lead to higher inflation, but the fundamentals of the US economy are strong enough that this will not lead to hyperinflation,” he added.

However, he estimated that the dollar could devalue in the next 12 months as its value “has been largely based on sentiment, which in turn has a correlation with the U.S. balance of payments.” In addition, U.S. exports have become more expensive for buyers using other currencies, while the stronger Dollar has led to cheaper imports into the U.S.

“This will put additional negative pressure on the balance of payments and hamper economic expansion in the short term as demand for US products on the international market is reduced.” That said, the situation will begin to reverse if the dollar weakens, while despite job losses and economic contraction, “the U.S. economy will begin to expand again once the pandemic is controlled as it has been in China,” Misra said.

As for Europe, Misra also argued that inflationary pressures will be felt there too, as problems caused by the pandemic in the Eurozone have made quantitative easing “inevitable”. Spain is currently experiencing significant strains, while the economies of Italy and France are not as strong as Germany’s, “and are heading towards an inevitable recession of greater magnitude.”

“Turning on the taps of spending will lead to inflation around the world and the question remains where it will be most severe,” Mr. Misra concluded.

SEE ALSO  Should you opt for a private tour for your next vacation?

In the meantime, CTS inflation is expected to decline

Andrei Edell, founder of a trading card game on Ethereum (ETH), Flowerpatch, said it should be remembered that most cryptos, including the BTC, have historically had high inflation: in the order of 5%-10%. “It’s actually a kind of miracle that prices have kept rising when so many new cryptos were being created all the time. ETH still has an inflation rate of around 4.4% per year, but the long-awaited upgrade of Ethereum 2.0, aka Serenity, should bring it into the 1% range.”

However, since Ethereum can be burned in ETH 2.0 transactions, the net inflation rate could actually turn negative, according to the specialist. In the case of the BTC, he pointed out that the halving, expected in May, will bring its inflation rate below 2% for the next four years. This is one of the reasons why a speculative bubble is likely in the next 12 months, Edell said. However, it may not be that simple.

First published in cryptonews, a third-party contributor translated and adapted the article from the original. In case of discrepancy, the original will prevail.