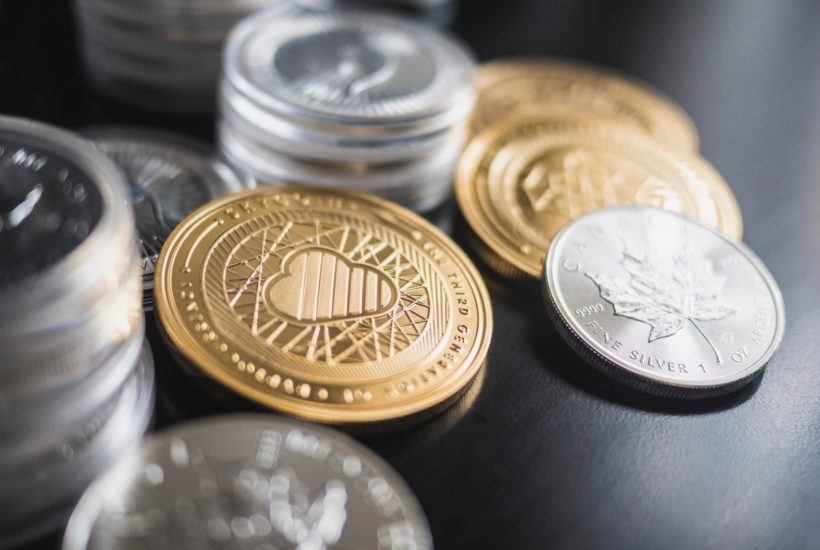 The US Securities and Exchange Commission has refused to recognize Telegram as a commodity, there’s been another split in the Bitcoin Cash network, and Tesla shares have overtaken Bitcoin in terms of profitability. It’s been a crazy week in the cryptocurrency world and the bombshells just keep on falling.

Stay on top of all the latest crypto and business news with our Born2Invest mobile application that will bring you all the latest updates from the most relevant sites and sources.

Tokenization of crops, real estate, securities, and other assets will likely become more commonplace over the next ten years. At least according to  Jeremy Aller, CEO of the cryptographic payment company Circle.

Tokenization means that an investor from the other side of the world wants to invest in foreign commodities, they will not have to go through numerous bureaucratic delays that exist today. However, from a legal point of view, such an operation is risky at the moment, and difficult to implement, the entrepreneur said. The reason for this is the lack of specific standards and laws that protect the rights of consumers.

The Securities and Exchange Comission has declared that Telegram’s cryptocurrency is not a commodity but a security in a bombshell report. Telegram tried to “avoid economic reality, but this attempt failed.” according to the SEC.

The Commission explained that “Telegram’s attempt to avoid the economic truth by passing off Gram tokens as “goods” has failed. Gram is not a product. Unlike gold, comics, and Krispy Kreme donuts, which are commodities, Telegram tokens have no intrinsic value.”

The High Court of England and Wales ordered the Bitfinex exchange to freeze a user’s cryptocurrency assets worth around $860 thousand and disclose his personal data. The court cited that the user was potentially involved in extortion. Other countries, such as Russia, also have the power to freeze a user’s account.

The user is accused of being involved in a hacker attack undertaken against an undisclosed company in October. The attackers utilized ransomware to infect the victim’s computers. They then demanded $1.2 million in Bitcoin to obtain data recovery. These kind of attacks have become more popular and exchanges should expect increased scrutiny from government bodies.

Russians have spent $1 million through the BPS

Last year more than 8 million transactions were made through the Quick Payment System. The Central Bank of Russia is studying the technology in comparison with the possible launch of the national cryptocurrency.

BPS is a system that will allow the transfer of money by phone number regardless of the bank where the accounts of the sender and recipient of funds are opened, and also to pay for goods and services by means of QR code. Since the launch of the BPS in January last year, 30 participants have joined it and about 160 credit institutions are preparing for it.

The five largest mining pools have carried out a forced renewal in the network, despite the disagreement of the general community. Last week, Jiang Zhuer, the head of the largest mining pool in the Bitcoin Cash BTC.TOP system, came up with the idea to introduce a tax on cryptocurrency networks. In his blog, he suggested that the miners deduct 12.5% of the award for the extraction of cryptocurrency for its development.

The idea of introducing the tax was supported by several large mining pools, the total share of which, together with BTC.TOP accounts for more than 60% of the computing power in the network of cryptocurrency. According to Zhuer, this is enough to introduce an update to the Bitcoin CASS system in May, despite the lack of support from the rest of the community.

The Japanese Nomura Research Institute together with the investment solutions provider Intelligence Unit has launched a new product denominated in dollars and yen. The index is based on five cryptocurrencies: Bitcoin, Bitcoin Cash, Ethereum, Litecoin, and XRP.

Investors have a choice of two indexes: the one denominated in US dollars and the one in Japanese yen. Rebalancing will take place on a monthly basis.

How the upcoming U.S. presidential election will affect cryptocurrency

Democrat candidate Andrew Young said that America could not become the leader of the crypto industry because of the lack of unified legislation, and it is useless to prohibit the trade in digital assets. He added that the technology behind cryptocurrency has high potential, so the US should invest in it.

At the same time, there is no sense in imposing restrictions on transactions with digital assets, as citizens have been working with them for a long time and the regulator will not be able to prevent this, the candidate believes.

Russians will give up cash by 2035

Experts from the Institute “Center for Development” of the National Research University Higher School of Economics believe that Russia will switch to payments using electronic services. Now the level of use of financial services and products in the country is 40-50%.

In the next 15 years, 96% of all payments in Russia will be made using innovative services, according to the Institute “Center for Development” of the National Research University Higher School of Economics. Specialists have published a report in which they said that the country is already in first place in Europe in terms of the prevalence of mobile payments, the level of penetration of financial services and products to date is 40-50%.

This month, Elon Mask’s shares overtook the Bitcoin by yield. However, it may still change in the long run. In January, Bitcoin rose 34% from a monthly low of $6900 to the current level of $9350. However, Ilon Mask Tesla’s shares have outperformed the cryptocurrency, rose by 38% in 30 days and are now trading at $641.

During the whole period of the existence of Tesla and Bitcoin shares, the latter has performed better. The official cryptocurrency exchange rate was set in July 2010 and the coin was worth just $0.08. Today Bitcoin has risen by 11,687,400%. Tesla also issued securities in July 2010, at that time their value was $19.2, and in 10 years it grew by 3200%.