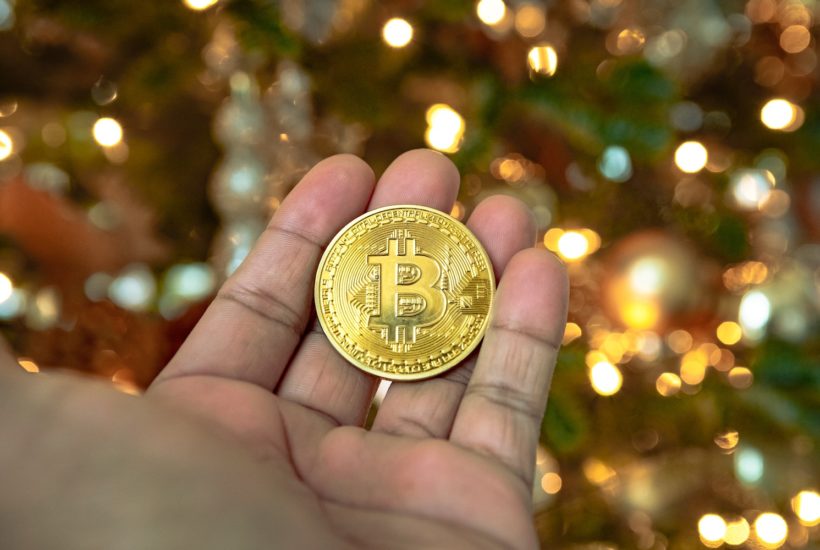 For fresh updates on cyptocurrency, biotech or fintech, Born2Invest offers an app that aggregates business news from the most trusted sources.

The crypto friendly startup SEBA Bank AG, announced its launch on November 12th, 2019, after the Swiss Financial Market Supervisory Authority (FINMA) approved the team to operate in the world of securities and banking.

The crypto bank raised significant capital in its first round of fundraising, attracting more than $103 million, according to the Seba CEO Guido Bühler in a press release dated November 12th. Bühler said that: “We are proud to have founded a bank in 18 months, raising CHF 100 million in capital from investors.”

Oklahoma Senator Nathan Dahm wrote a new bill for his state that seeks to build an innovative state-backed financial institution around blockchain technology, establishing a new classification of institutions. Dated January 15th, 2020, the bill stated that the state-licensed financial institution will be “the central depository of the virtual currency used by government agencies in this state.”

Adding more details, the text explained that the movement will essentially prevent regulatory suffocation, allowing innovation to grow while protecting citizens. The document noted: “The purpose of this new state-licensed financial institution will be to provide valuable financial and technical services to innovators and developers of blockchain and virtual currency.”

Victims of pyramid schemes seek reimbursement from the Ugandan government

More than 5,000 victims of the Dunamiscoins cryptocurrency scheme have applied to the Ugandan Parliament to seek reimbursement of money they lost in the scam. Arthur Asiimwe, the leader of the petitioner group that submitted the application to Speaker of Parliament Rebecca Kadaga, claimed that the government has granted a license to the alleged scamming company, according to an official announcement by the Ugandan Parliament on January 16th.

First seen in early December 2019, Dunamiscoins is allegedly involved in defrauding more than 10,000 people, resulting in losses of around $2.7 million. The apparent scam company reportedly closed its offices only one month after opening, stealing money from its investors and employees after previously promising a 40% cash return on investments.

Asiimwe stressed that the Ugandan government must be held accountable for the Dunamiscoins incident. “The government authorized this company and gave it the go-ahead to work as a non-deposit-taking financial institution. It performed its functions as a micro-finance company. They gave unrealistic bonuses.”.

Canada’s leading financial supervisory body has highlighted that cryptocurrency will be subject to the securities law if it acts as custodians of users’ digital assets. The Canadian Securities Administrators (CSA) said that the common exchange practice of guarding users’ assets could subject them to securities legislation: “simply by providing users with a contractual right or claiming an underlying cryptocurrency asset”. “Whether, and to what extent a cryptocurrency asset has been immediately handed over to a Platform user, is an important component in assessing whether and to what extent the transaction and the Platform are subject to securities legislation,” says the joint statement.

The CSA is a group of provincial security regulators in Canada, who do not have a federal equivalent such as the U.S. Securities and Exchange Commission. The CSA said that non-delivery transactions constitute derivative sales. Even if the asset under custody is generally recognized as a commodity, such as Bitcoin, it could be classified as a sale of debt or an investment contract, a transaction that is governed by the country’s securities law.

First published in CRIPTO TENDENCIA, a third-party contributor translated and adapted the article from the original. In case of discrepancy, the original will prevail.