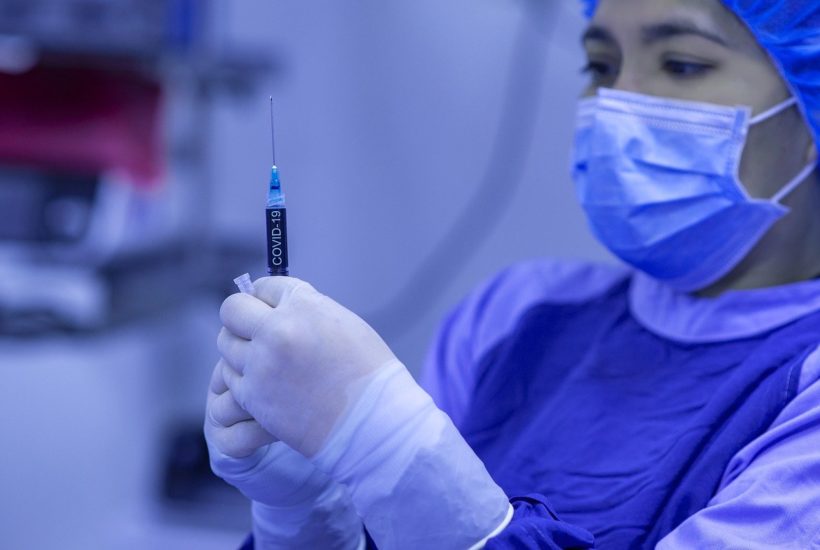 On December 7th, the best news from the biotechnology sector come together, once again marked by the increasingly prominent German companies. Let’s start with today’s news about BioNTech and Curevac, which, as the world’s leading German corona vaccine developers, continue to keep the international investment world on tenterhooks.

Find more about the development of the Covid 19 vaccine and read the most important financial news in the world with the Born2Invest mobile app.

The most sensational news came, on December 7th, from the Tübingen headquarters of Curevac, when its CEO Franz-Werner Haas announced the upcoming application for approval of its very promising Covid 19 vaccine CVnCoV in the EU and Latin America.

The background to Curevac’s current focus on future approvals in the EU and Latin America is of course the fact that the company has already signed an agreement with the EU Commission for the supply of up to 405 million vaccine doses of its corona vaccine preparation. Meanwhile, Latin America is regarded (certainly fully justified) as the emerging market continent with the lowest medical progress rate in relative terms and the region with the largest expected future shortage of Covid 19 vaccine worldwide.

However, in the US market, which is certainly also very susceptible to vaccines in the future based on absolute corona infection figures to date, Curevac currently sees itself at a clear time disadvantage compared to the approval of BioNTech/Pfizer vaccines there, which will certainly be much earlier, Moderna, Johnson & Johnson, AstraZeneca and Sanofi/GlaxoSmithkline (GSK), which is why Curevac will not even start the time and profit race with these competitors in the USA.

Instead, Curevac is currently still focusing on the complete research and formulation optimization of its corona vaccine, which will not be available until the end of the year with up to 30% of the market. According to first study results, approval in the EU (and possibly also in Latin America) is expected to be granted in March 2021 at the earliest in Q2, but realistically rather in Q3 2021.

However, Curevac will continue to use this time to intensify and perfect its vaccine, which, according to CEO Haas, will outshine everything that has been developed so far in the field of corona vaccines, particularly with regard to the logistic and application-critical criteria of shelf life and storage stability, i.e. temperature tolerance.

The CVnCoV vaccine from Curevac is the first in the world to have a shelf life of at least 3 months at “refrigerator temperature” (i.e. usually max. + 5 degrees Celsius) and up to 24 hours even at room temperature. In our opinion, such a quality criterion should not be underestimated in the future with regard to the long-term international approval and application chances of this preparation (and especially in hotter emerging market regions), so that we fully share the corresponding research focus (where the “train” in the USA is likely to be “worn out” for Curevac for the time being).

It should also be noted that Curevac’s very broad understanding of research does not only focus on pure corona vaccine research, but as a proven specialist for all biotechnological therapy and product developments based on mRNA (= gene sequence messenger substance), it is also permanently active in active ingredient research for vaccines in other areas of application (= alliance with GSK), for fighting tumors and in the development of protein-based therapies.

BioNTech/Pfizer announced that has a capacity of producing 1.3 billion doses of Covid 19 vaccine

On the other hand, the most relevant daily news on December 7th was from Mainz-based BioNTech, which, together with its development partner Pfizer, is currently just as close to market approval in its corona vaccine BNT162b2 in the USA and the EU (after approval has already been granted in Great Britain). As for its US counterparty Moderna, BioNTech / Pfizer, according to an agreement that has now been made with the Swiss government, subject to approval by the local health supervisory authority Swissmedic, will allow Switzerland in 2020 and 2021 with a total (initially at least) 3 million vaccine doses will be supplied.

This number of deliveries of their vaccine preparation, which BioNTech and Curevac have developed on the basis of genetic mRNA, is not set in stone and should currently only represent a minimum agreement that can be expanded at any time in the future, depending on the need, since BioNTech/Pfizer have already announced that they already have worldwide production capacities for this vaccine of up to 1.3 billion doses.

Even though the volume commitment of only 3 million doses is certainly not worth mentioning in view of the enormous production potential available, the share price reacted correctly with a further jump in the price of its ADR by currently + 5.3 % to $126.20 due to the future expansion potential of this agreement.

The BioNTech share is therefore now also very close to breaking the record high of $127.90 last achieved on 01.12.

In a fundamentally narrower and currently much more focused research focus on corona vaccine development than Curevac, the analysts’ projections as of the end of 2022e correctly place the BioNTech share at a significant valuation discount to Curevac (price-to-sales ratio only around 4.3 / PER only around 8.2).

Bayer is focusing on its gene and therapy research

And finally, another noteworthy piece of news from the “German biotech front”, namely the long-established German company Bayer, showed that the field of bioscientific research does not only consist of corona vaccines, which are currently in great demand, but that the increasing international involvement of German research innovations in this special medical field is now progressing rapidly.

SEE ALSO  How to Leverage Your Love of Sports in Investing

In this context, Bayer announced that it will further expand its still relatively young cell and gene therapy business in the future through a newly concluded, exclusive worldwide partnership license agreement with the U.S. company Atara Biotherapeutics (based in San Francisco, California) for the joint development of cell therapies for the treatment of solid tumors.

Under the agreement, Atara is entitled to an initial upfront payment of USD 60 million. Depending on the achievement of certain development, regulatory and commercialization objectives, Atara may hypothetically be eligible to receive milestone payments totaling US$ 610 million, but this is not guaranteed, nor is the receipt of staggered royalties up to a low double-digit percentage of Bayer’s net sales in the event of successful drug development on this therapeutic basis.

Bayer had only recently established a separate division for cell and gene therapies in its Pharmaceuticals Division, into which the U.S. company Asklepios BioPharmaceutical (AskBio), acquired in the fall, and the stem cell specialist BlueRock Therapeutics, acquired in 2019, have been integrated.

In contrast to Curevac and BioNTech, Bayer stock lost 1.0% (current Tradegate price: $57.5 (€47.40)) despite this positive news with good prospects.

Nevertheless, the shares of the agrochemical and pharmaceutical group, which has recently continued to be shaken by the crisis and profitability, are currently at least attempting to establish a new bottom in the face of an optically very low P/E ratio (2022e) of only 10 above $48.5 (€40) or close to its 10-year low of $43 (€35.4) from 2011.

First published in NTG24, a third-party contributor translated and adapted the article from the original. In case of discrepancy, the original will prevail.