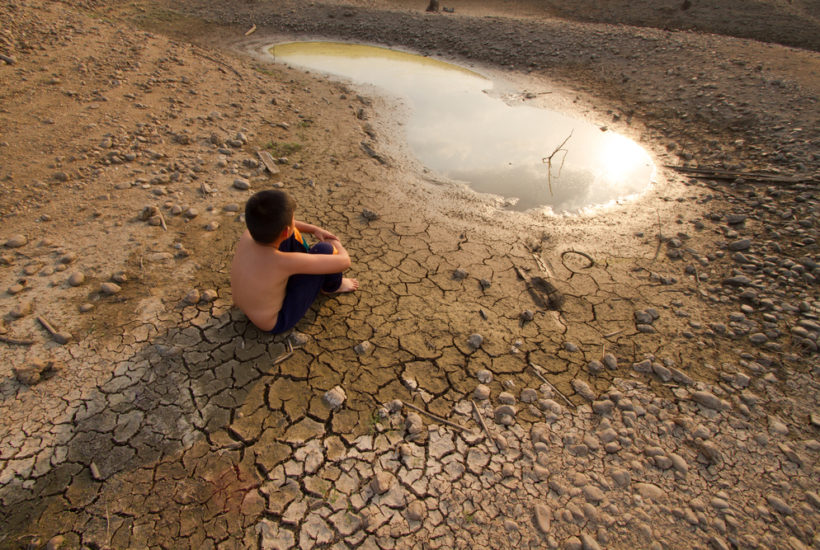 The Green New Deal article I published recently struck a nerve, particularly the part about climate change. I received a ton of feedback.

Many of you agreed with my view of the Green New Deal (GND) plan as both unworkable and not the main point, while others noted we’ve got to address climate change starting now.

Several of you took me to task for not offering a solution. Well, let’s do that today.

I’ve studied climate change for some time, and while the space constraints won’t allow me to fully air the research, I can give a sense of it.

How warm will it get?

The best temperature modeling came together in the late 1990s, and we started tracking temperature with these models in 2000.

Since that time, only one has been accurate, model INM-CM4, so let’s follow what that one has to say about the future. This model calls for temperatures to increase modestly over the next 80 years if we do nothing. The average temperature has remained well below the average estimate of all the models combined.

There’s no question it’s warmer than before the Industrial Revolution, but the most accurate model over the 20 years we’ve been focused on this is not calling for dramatically higher temperatures.

We need to determine why the forecasts have been wrong, and what makes this one model accurate.

What’s in the assumptions?

The International Panel on Climate Change (IPCC) and the National Climate Assessment (NCA) use an emission assessment from 2007 that doesn’t account for the move from coal to natural gas, a move that has already started in earnest.

As this trend continues, societies will mitigate some of the estimated climate change because it is cheap and efficient to do so, not because of government mandates.

Going at it alone won’t work

Most countries that signed onto the Paris Agreement aren’t anywhere close to their targets, and it’s already been four years. The U.S. accounts for only 15 percent of new greenhouse gas emissions, so our efforts at curbing emissions are just one-sixth of any possible solution. Countries like China and India, with more than 2.5 billion people between them, would have to dramatically shift their energy structure over the next 12 years for the efforts in the U.S. to bring about the changes discussed in the GND and elsewhere.

SEE ALSO  Nuri and the Crypto Fiasco: What Happened, What Are the Lessons?

The cost of mitigation is astronomical

The total U.S. cost of mitigating climate change is somewhere between $1.3 trillion and $14 trillion, depending on whom you ask. Just as with any spending, we should ask if the outcome is worth the investment. Or if there is a less expensive option that provides a substantial amount of the desired result.

What if we don’t?

Per the IPCC and the NCA, if the temperature rises as forecast, U.S. GDP would expand by 385 percent instead of 400 percent. Granted, that doesn’t speak to localized effects in low-lying coastal areas, but there is zero question that as the temperature increases, people will adapt.

Prices for land in low areas will decline over time, and populations will move. They won’t wait for 81 years to look out the window and then be surprised to see water.

The point is that populations have always adapted as the environment has changed, and this will be no different.

Is climate change the best use of funds?

The Copenhagen Consensus asks economists to list the major challenges facing humanity, assign a cost, and then prioritize how to spend the world’s limited funds. Climate change makes the list… at number six.

In terms of improving the lot of humanity, other initiatives like eradicating malnutrition in pre-schoolers, eradicating malaria, wider immunizations, and de-worming children would have a much greater positive effect for the dollars spent.

What we can do

In the U.S., we can continue down the path we’re on, replacing coal-fired plants with natural gas plants. We could also dramatically reduce our carbon footprint by re-evaluating nuclear energy, which remains the most reliable, low-carbon, and safest source of reliable energy available, even with accidents around the world.

SEE ALSO  The pros and cons of crowdfunding vs. peer-to-peer lending

We can use Miami as an example of how coastal communities can work to abate some of the effects of rising sea levels by implementing new building codes and developing new drainage systems.

We can also explore geoengineering approaches that might ease some of the expected warming.

One approach is to create clouds of water vapor over parts of the ocean simulating low-lying clouds, which would stop the ocean beneath from absorbing as much sunlight. If the project created unintended bad consequences, it could be stopped immediately and the vapor would disappear rapidly.

Geo-engineering gets a bad rap because if it works, then people will be less inclined to move away from fossil fuels. This goes back to determining the goals before we start measuring and attacking the problem.

Is this about improving the lot of humanity while being good stewards of the environment? Or is it about moving away from fossil fuels at any cost and redistributing assets from wealthy countries to poorer nations?

Before we can agree on solutions, we have to agree on the problem.

(Featured image by Piyaset via Shutterstock)