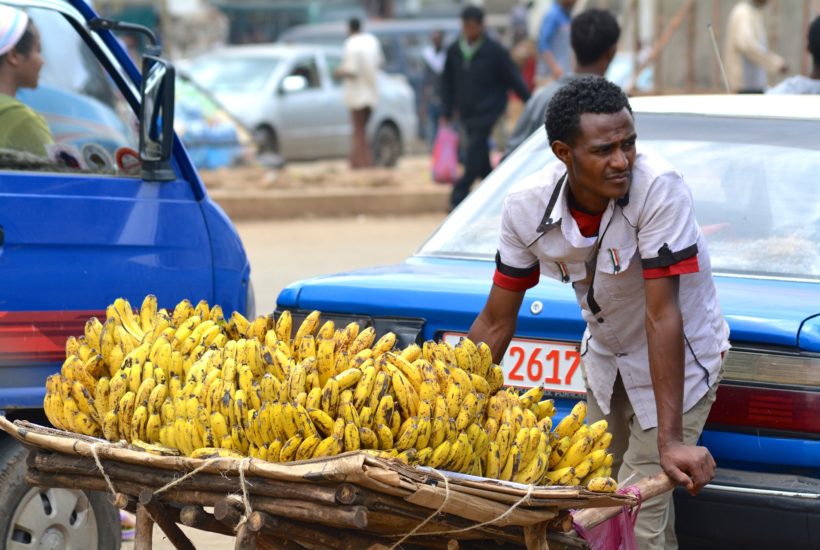 It is difficult at the moment to accurately assess the economic impact of the COVID-19 pandemic. However, it is already known that the measures currently being implemented in many countries to prevent the spread of the disease (social distancing, closure of markets, containment, the prohibition of gatherings, etc.) are having a profound impact on labor markets and, through them, on household living conditions.

In its latest economic outlook note dated March 26th, INSEE estimated the loss of activity directly linked to measures to contain the health crisis, and in particular to the confinement of the population, at 35% compared with a “normal” situation in France.

This drastic drop in activity is accompanied by a significant increase in unemployment and underemployment: on a global scale, the International Labor Organization suggested that the number of unemployed could increase by 5.3 million in an optimistic scenario and by 24.7 million in a pessimistic scenario from a reference level of 188 million in 2019.

Find out how huge could be the impact of the corona crisis on the livelihood of people in Africa and read the most important economic news with the Born2Invest mobile app.

Situation of concern for informal workers

While workers in developed countries can rely in part on conventional social protection mechanisms and some income stabilization schemes, the situation is much more worrying for workers in developing countries, a large majority of whom work in the informal sector.

Whether they are street vendors, warehousemen or small-scale artisans, the containment, curfews or market closures mean for them the cessation of their activities. They find themselves unable to ensure their daily subsistence, in contexts where there is often no pension, unemployment insurance or health insurance.

In the case of West African capitals, for example, where as much as three-quarters of employment is in the informal sector, the containment measures raise fears of a sharp increase in poverty and inequality and, with it, rising tensions.

The situation is all the more alarming as the drop in income from local activities is likely to be accompanied by a drying up of another source of income that is often important for households: money from the diaspora.

Diaspora money, a windfall under threat

A real safety net for many families, remittances sent by migrants to their families back home represented a global volume of nearly $550 billion in 2019 for the developing world as a whole.

For low- and middle-income countries, they are often an important source of foreign exchange. In the case of Senegal, for example, which officially has between 500,000 and 600,000 nationals living abroad, diaspora money represented 9.1% of GDP in 2018, twice the amount of official development assistance received by the country in that year.

Senegal is far from leading the economies most dependent on this windfall: remittances sent by the diaspora represented no less than 34% of Haiti’s GDP in 2018, 28% of that of Nepal, 19% of that of the Comoros, and this list could easily be extended.

At a more microeconomic scale, it is not uncommon for a household’s livelihood to be partly provided by one or more “adventurous” members. In western Mali, for example, from which many Malian immigrants in France originate, analysis has shown that, on average, nearly 20% of the expenses incurred by families with at least one member abroad were financed by migration money.

The global nature of the COVID-19 pandemic, however, risks causing families to lose this precious support. Many migrants reside in countries particularly affected by the pandemic and where measures to contain and close non-essential businesses have been implemented.

In the aforementioned case of Senegal, for example, IOM statistics indicated that 49.7% of Senegalese emigrants, or 265,000 individuals, reside in Europe, including 116,000 in France, 79,000 in Italy and 59,000 in Spain. While the measures taken by these countries to contain the pandemic are disrupting the daily lives of all, they are also known to disproportionately affect certain categories of workers, including unprotected workers and migrant workers.

OECD data and data from other surveys conducted in France and Italy showed that the majority of Senegalese workers in these countries are employed in unskilled or low-skilled jobs in sectors (human services, catering, cleaning, tourism, construction, etc.) that are now at a standstill.

Many of them have precarious or non-existent contracts or work part-time. There is reason to believe that, in France at least, this category of workers will not benefit from the immediate measures to support businesses and employees that the government has put in place.

With pay levels already low in “normal” times, a not inconsiderable proportion of them could therefore fall into poverty and find themselves financially unable to help their relatives back home.

The decrease in transfers was also observed during the 2009 crisis

Although of different origin, the 2009 financial crisis had already revealed the very high vulnerability of migrant workers. A work by David Khoudour-Castéras, for example, showed that they had been the first to be affected by the rise in unemployment in countries such as Spain, Ireland and the United States. There are two reasons for this: the very high sensitivity to economic fluctuations of sectors employing a high proportion of immigrants (construction, domestic services, catering, tourism), on the one hand, and the youth and low average level of qualification of this category of workers, on the other.

Beyond its impact on the financial capacities of migrants, the COVID-19 pandemic also makes it more difficult to make transfers. Indeed, the containment and closure of most commercial banks and money transfer services such as Western Union, MoneyGram or Ria prevent migrant workers from moving around and accessing these remittance channels.

The closure of borders and the very strong restrictions imposed on air transport finally make it impossible for system D to entrust a sum of money to a returning compatriot. Although the possibilities for digital transfers have increased considerably in recent years, not all migrants have the resources to make use of them.

This situation argues for targeted actions towards migrant workers. Because they are more vulnerable to the crisis, it is first and foremost important to ensure that they are protected and taken into account in national solidarity programs. It is also conceivable that remittance operators and bank branches could conceivably grant reductions on the transfer fees they charge for each transaction.

(Featured image by lauradbusiness0 via Pixabay)