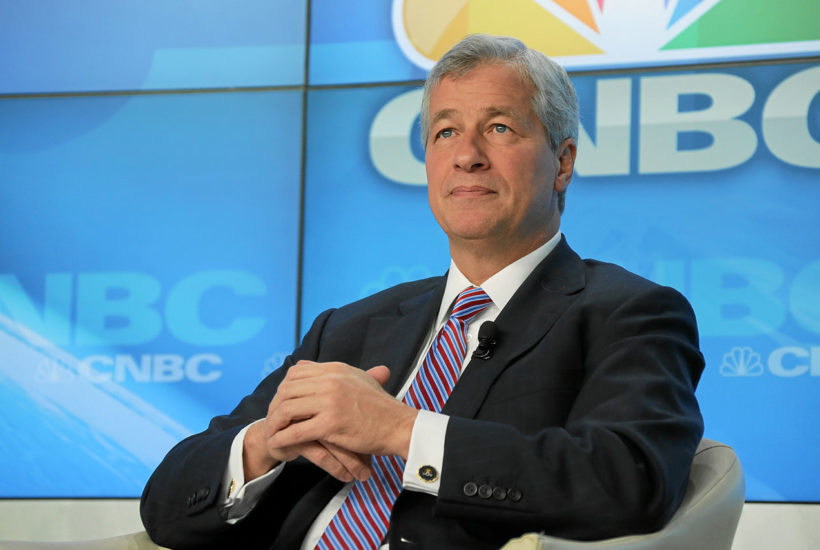 Long-serving JPMorgan Chase CEO Jamie Dimon came out against cryptocurrencies recently, letting the world know that he doesn’t even consider them currencies. Instead, he wants us all to know that he thinks they’re just “tokens.”

His reasoning is simple at best, and perhaps even a little problematic given that it hinges more or less on the observation that “Currencies have rules of law behind them, central banks and tax authorities.”

Of course, most of us know that currencies have evolved in numerous ways throughout history without the intervention of central banks. But, just to humor him a little, what does it mean for cryptocurrency traders and investors if Dimon’s quip holds any weight?

Not much. Let’s explore.

Do Cryptocurrencies Qualify as Currency?

It’s always a little cringe-worthy when people resort to dictionary-type definitions to prove a point. But it can also serve as a good starting point for a conversation, so let’s start with that anyway. Here’s one courtesy of the good people at Wikipedia:

“A currency in the most specific sense is money in any form when in use or circulation as a medium of exchange, especially circulating banknotes and coins. A more general definition is that a currency is a system of money (monetary units) in common use, especially for people in a nation.”

Here we have the specific sense—money used as a medium of exchange—and the general sense—a system of money. The latter more general definition is presumably what Dimon has his sights set on. At least, that’s what his laws, central banks, and tax authorities requirements would seem to imply.

However, what Dimon fails to note is what are the criteria that qualify something as being properly systematized. It’s certainly the case that most cryptocurrencies are structured by rules, even if those rules are written in software code rather than legalese.

It also seems short-sighted to say that government institutions are the only body that can systematize something, which seems to be what Dimon wants to imply here.

Instead, by both the general and specific definitions given here, it would seem that cryptocurrencies do qualify as currencies. They are in circulation. They are used as a means of exchange. And, they are usually highly systematized.

So what if we give Dimon the benefit of the doubt for a moment? What if it really does take central banks and tax authorities to make a currency real?

For starters, let’s just clear one thing up. No one said anything about cryptocurrencies being outside of the purview of tax authorities. How does the quasi-anonymity of the blockchain change anything if we take cash in hand into account? Sure, we can’t pay our taxes with it—that old economists’ chestnut about what gives a currency value—but any profits we make out of it are still taxable.

In this sense, cryptocurrencies are no different to any other asset class. Whether it be shares, property, art, or whatever; the profits are just as real, even if they’re not considered as ‘realized’ until the moment we convert them back into whatever the local tax authority uses as its preferred denominator of value.

We should also note that the lack of a central bank doesn’t really do much for a currency, especially in this day and age of fiat currencies as the norm. No central bank can dictate the value of its currency as a means of exchange. All it can do is pull levers (interest rates, money supply) and hope for the best. But, ultimately, it’s the value that people ascribe to it that determines whether that currency is worth anything.

In many ways, for all pragmatic purposes and insofar as the average person is concerned, there really is no difference between cryptocurrencies and currency. They hold value, that value is subject to change, and they can be used as a means of exchange.

Cryptocurrencies Are Evolving as a Legitimate Asset

Back in the early days of cryptocurrencies, it would have been easy to make a case that they weren’t a legitimate currency. Sure, the fact you could spend Bitcoin on the Silk Road did technically qualify it as a currency. But, from a legitimacy point of view—the one Dimon seems to want to push—they didn’t seem to have any real use cases outside of this.

But, fast-forward a decade or so and the world has changed. Cryptocurrencies are gradually being accounted for by regulators, and there’s a whole world of merchants and organized exchanges where holders can transact in, and exchange cryptocurrency.

Another point to note here is that the necessity of notes and coins also seems to be on track to becoming a thing of the past. While that might still be some years away, the world is heading in this direction if Sweden is any indication.

The Increasing Sophistication and Institutional Acceptance of Cryptocurrencies

Another sign that cryptocurrencies are evolving as legitimate currencies are the rise of financial products that are either denominated in them, or entirely based on them. One perfect example here is the interest-yielding accounts offered by AQRU that allow crypto holders to safely store deposits in interest-bearing cryptocurrency accounts, just like with any other bank.

More significantly perhaps, and revealing the growing sophistication around the cryptocurrency ecosystem, is that AQRU’s accounts aren’t just making simple loans to people desperate for cash. Instead, they’re built around a suite of crypto products that include things such as institutional lending and the support of decentralized exchanges (an example of this last one would be crypto staking).

Besides a growing ecosystem of financial products and services in the cryptocurrency space, we also see a growing acceptance among an increasing number of financial institutions. Again, using AQRU as an example here, their accounts are backed by insurance providers that, to put it one way, aren’t exactly known for reckless, risk-taking behavior. Sure, there might not be government guarantees against bank runs but, given that these are investment products made for long-term holding, that’s not really a concern here.

As we can see, cryptocurrencies aren’t quite at the level of institutionalization of state-issued currencies. But they’ve also come a long way from the early days of shady black markets and criminal money laundering.
At best, it would seem that Jamie Dimon is playing word games here more than he is making a serious point. For what motives, we may never know. Although, one theory could be to do with the difficulty of hiding things on the blockchain—something he’s adept at doing with the traditional financial system.