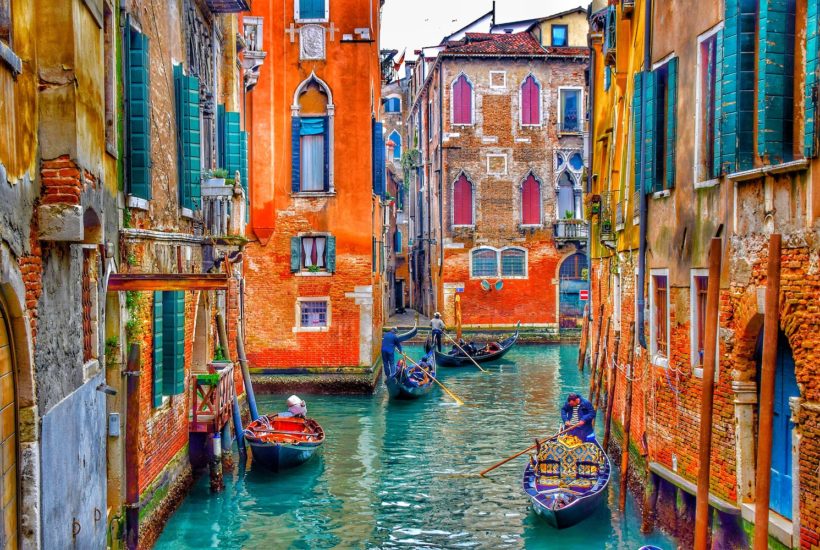 The world crowdfunding market is growing at a rate of about 12% year on year. China is the top market followed by the United States and the United Kingdom. In response to the ongoing Covid-19 epidemic, many crowdfunding projects have been launched to fight the coronavirus.

Born2Invest gives you the latest scientific breakthroughs like this from all over the world. Our companion app allows you to get finance headlines from industries like banking, crowdfunding, and much more. Our software distills news into 500 characters or less so that no matter where you are or how busy your schedule is, you are always updated.

In recent years, the popularity of crowdfunding has been increasing, with more and more companies, start-ups, and businesses using this alternative method of fundraising. According to data collected by Finanso.se, the global crowdfunding market is expected to maintain its rapid growth this year, increasing by 23.3% year on year and reaching over $8.5 billion in value.

According to statistics data, the global crowdfunding market was worth $3.9 billion in 2017. At the end of 2018, it grew by more than 35% and reached a value of $5.3 billion. Since then, the transaction value of the entire crowdfunding industry has increased by a remarkable 60%.

Statistics indicate that this strong upward trend is expected to continue over the next three years, with the market growing by 12% year-on-year, reaching almost $12 billion in transaction value.

The number of campaigns is increasing

Recent data shows that the average funding per campaign in the crowdfunding segment amounts to $780 in 2020. Over the next twelve months, this figure should reach $840 and continue to grow to nearly $1,000 by 2023.

In the following years, an increasing number of crowdfunding campaigns are expected. In 2017, there were more than 5.2 million campaigns globally. In the last three years, this number has doubled and exceeded 10.9 million, with a growth of 25.4% year-on-year between 2019 and 2020. Statistics indicate that the number of successfully launched crowdfunding campaigns will reach over 12 million by the end of 2023.

SEE ALSO  5 places to visit in the Scandinavian region

Innovation for the future: the e-Novia example

Why is it important to promote crowdfunding culture in Italy? It can also open new scenarios for the innovation ecosystem. This is demonstrated by the Equity crowdfunding campaign organized by Fin-Novia – a corporate vehicle dedicated to raising capital for investment in e-Novia SpA – on the BacktoWork platform.

Almost $9 million (€8 million) were raised in just over a month, ranking the crowdfunding campaign as a national record and among the top ten in Europe. This operation laid the foundations for the stock exchange listing of the company specializing in the acceleration of companies with a focus on collaborative mobility, humanized machines, and augmented humans.

Through the partnership with Intesa Sanpaolo Private Banking, the Equity crowdfunding platform (owned by Intesa Sanpaolo through Neva Finventures) has opened a new growth path for the world of startups and beyond.

By global comparison, China is the world’s largest crowdfunding market, expected to reach a transaction value of more than $7 billion this year. Unlike the Western crowdfunding industries, the Chinese market is dominated by major online retailers such as Alibaba, JD.com, and Suning, which leverage their important user bases.

With transactions worth $782 million, almost ten times less than the Chinese market, the U.S. ranked as the second-largest crowdfunding market globally. The United Kingdom is the leading European market and third globally, with $100 million in market value, followed by France and Canada with $86 million and $47 million, respectively.

Crowdfunding campaigns used to cope with the coronavirus emergency

There is no lack of examples of noble-minded crowdfunding campaigns, especially in the last days. With the worsening of the coronavirus emergency in Italy, several crowdfunding projects have been announced to help hospitals and Civil Defence in containment operations.

SEE ALSO  The secrets of trading with fundamentals

The Fedez and Chiara Ferragni couple, for example, has already raised over $3.4 million (€3 million) in less than 24 hours on the GoFundMe platform. The funds will be donated to the intensive care unit of the San Raffaele hospital in Milan.

First published in Money.it, a third-party contributor translated and adapted the article from the original. In case of discrepancy, the original will prevail.