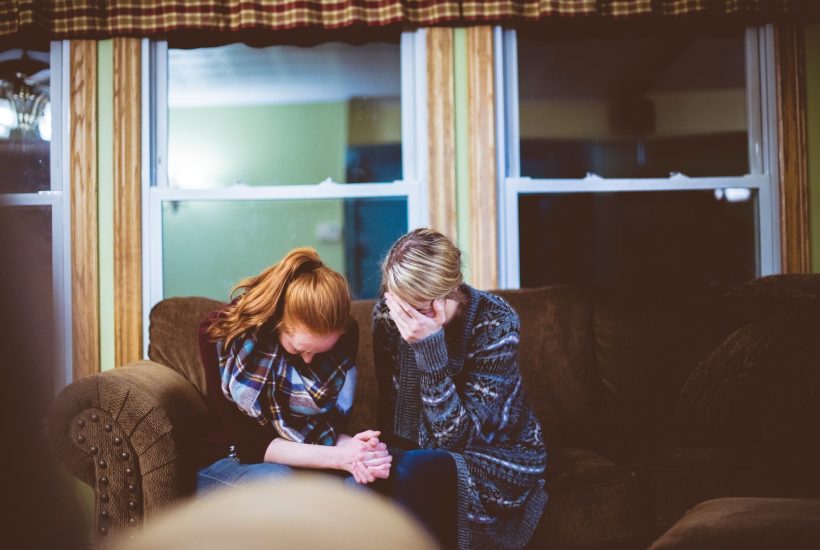 On the HIPGive platform, it is possible to help women who want to escape from domestic violence, who are in prison as innocent, or who want to learn how to use the land to make their communities self-sufficient.

Crowdfunding has proven to be an effective way of supporting otherwise unachievable projects. HIPGive was the first platform that took advantage of technological globalization to promote the model among initiatives with social impact. When it was founded in 2014 it became known as “The Kickstarter of Social Projects.”

On the occasion of International Women’s Day, HIPGive launched a digital movement called #GOMujeres. Everyone can donate to support social projects that help women in Latin America. According to the International Labor Organization and the Inter-American Development Bank, women there are 30% less likely than men to find a job, and up to 25% more likely not to have a pension in their old age,

“Let us give voice and visibility to the civil organizations that fight for a fairer world for women in the region, where violence and iniquity are a painful reality,” said Junueth Mejía, manager of HIPGive Mexico, in an interview.

In Latin America, the level of discrimination in its laws, customs, and social norms is as high as 25%, eight points lower than in Europe, which has the highest gender equality index, according to the Social Institutions and Gender Index 2019. As for violence, there is an average of three femicides a day in Mexico, according to official data.

Women who are being supported

Among the 30 civil associations that HIPGive will support this year are 12 Mexican NGOs. Among them are: Women for a Dignified Life Free of Violence, Reinserta, Oxfam, Mexican Association of Rural and Urban Transformation (AMEXTRA), Support Center Against Violence, VIFAC Support for Pregnant Women in Helplessness, SoLegal and Create Purpose World Wide.

Marilú Rasso, director of ‘Espacio Mujeres’, assured that this A.C. shelter needs donations to continue supporting women coming from violent environments within their own families, where they are victims of aggressions that range from emotional blackmail and economic control to beatings, sexual abuse, and femicide.

Through donations on the social crowdfunding platform, this A.C. shelter with 11 years of existence would have the possibility to cover the salary of a psychologist who will provide 450 individual and group therapies, as well as pay the fees of a lawyer who will carry out 240 legal actions and consultancies with a gender perspective. With the money raised, Rasso said, 1,600 women of all ages would benefit by 2020.

The shelter of this NGO is 80% dependent on donations and its facilities are in poor condition due to the federal government’s refusal to give resources to civil associations. “It is incredible that with social crowdfunding it is possible to materialize very big projects with small contributions. Last year, 51 organizations participated and raised about $100,000. Most of the donors were Mexicans,” said Mejía.

HIPGive donated in the participating association

HIPGive offered $15,000 on March, 6th, in matching funds to double the donations for the participating associations, which were divided into three different schedules. In addition, it will give a donation of $5,000, which will be divided among the first three organizations that have had the greatest number of individual donors during the monthly campaign.

The Association of Collective Anchoring Platforms maintains that crowdfunding is the future of the financial and technology industries. However, little has been said about how the social sector could benefit.

In 2018, the amounts collected by the most important collective funding platforms amounted to $10.6 billion (€9.37 billion), 43% more than the previous year, according to statistics. The countries in which the most money is raised through crowdfunding are China, the United States, and the United Kingdom.

In Mexico, civil associations need this type of funding to survive. “The impact is real: the association worked last year in Chiapas with Mujeres Aliadas, an A.C. that seeks to provide women from indigenous communities with safer ways to attend births. To that end, medical training was offered to midwives and reproductive health was stimulated. Our association accompanied them from the first steps, from how to create the project to how to communicate it and make it a reality,” concluded Mejía.

First published in EL FINANCIERO, a third-party contributor translated and adapted the article from the original. In case of discrepancy, the original will prevail.