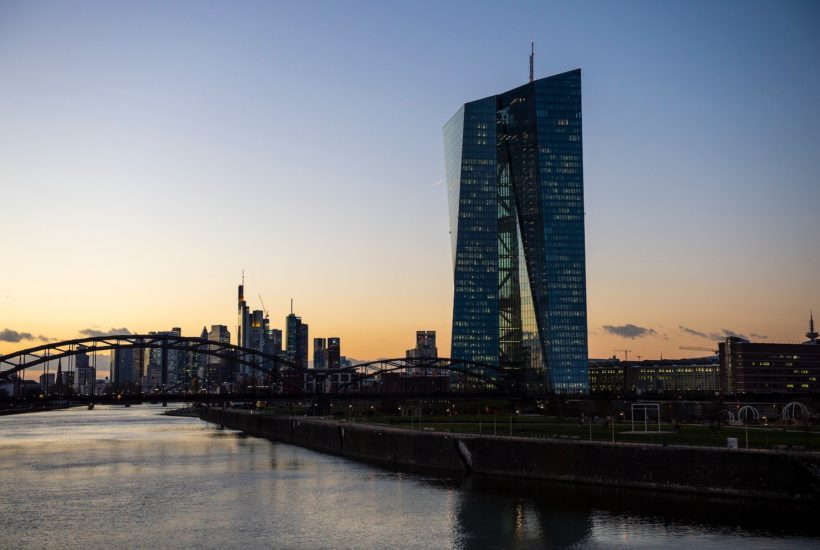 The reaction to the European Central Bank’s (ECB) plan against the economic effects of the coronavirus could not have been more disappointing. On Thursday, March 12, the market showed its disapproval of the measures that the institution has decided to implement through sharp falls in the main stock market indices, such as the Ibex 35. After calmly analyzing the regulator’s decision to maintain interest rates and open the taps on liquidity, analysts complained that the ECB, far from sending a message of tranquillity, has sounded the alarm.

“The ECB needed to give a signal of reassurance and has not done so, the market was expecting stronger measures given the current situation,” explained eToro analysts, adding that “it is clear that monetary policy alone cannot stop the bleeding and more should be done.”

Read the world’s crucial information and most important financial headlines with the Born2Invest mobile app.

The head of ECB, Christine Lagarde, insisted during a hearing on March 12 on the message she has been sending to the Member States over the last few weeks: fiscal policies must complement monetary policy. And in this critical situation, Lagarde went one step further: we can only deal with this shock if we do it together with the fiscal authorities.

For Ranko Berich, Monex Europe’s Analysis Director, these measures are a “realistic response” to the ECB’s credit stimulus objective. For Berich, “what is clear is that Thursday’s conference has not calmed the European markets,” but rather has impacted Italian bonds, “the last thing Italy needs.”

Azad Zangana, Schroders’ senior economist, sees the additional liquidity provided to banks as “sensible,” but believes that “banks are already flooded with liquidity” and, moreover, banks have so far not shown any stress in this regard.

The ECB has shown “strong reluctance” to take measures

For his part, Didier Saint-Georges, a member of Carmignac’s Strategic Investment Committee, believes that the ECB has shown a “strong reluctance” to take “stronger” measures. “The much-trumpeted statement that what is really needed is an ambitious, coordinated and immediate budgetary policy response is a recognition that monetary policy has reached its limits,” he added.

SEE ALSO  Things to consider when developing a restaurant app

For other analysts, such as David Lafferty, chief strategist at Natixis Investment Managers, however, the ECB has “hit the right keys” by standing firm against the “misguided notion that lower rates can solve economic problems.”

If there is one thing to note about Lagarde’s press conference, it’s her reference to the role of the ECB on sovereign bond spreads, particularly Italian bonds, whose prices fell following the massive flight of investors. “We are not here to narrow spreads, there are other tools and actors to deal with these issues,” the ECB president explained during her appearance. Lagarde later qualified these statements in an interview with CNBC, in which she said that the ECB will use the “flexibility” of the asset purchase program to “avoid delocalization in the bond markets.”

Monex Europe’s analysts clarified that “it is not the ECB’s job to close the spreads between Italian and German sovereign debt.” That’s despite the fact that ECB’s asset purchases “literally saved the euro” during the 2012 sovereign debt crisis, when Mario Draghi launched his famous Whatever it Takes strategy. “Lagarde’s decision to erode this expectation of support from the ECB in the worst-case scenario is unnecessary and will lead to an unfair comparison of Lagarde with her predecessor,” the analyst added.

For Schroders’ Zangana the effect of the ECB’s measures on Italian bonds, whose yield increased in exchange for a fall in price, shows that “the markets were looking for a cut in interest rates and the ECB has not managed to meet their expectations.”

Furthermore, Schroders regrets that the hardest-hit economies, such as Italy, will not benefit particularly from the ECB’s measures: “The ECB has not abandoned its issue limits and its capital subscription.”

Lagarde faced her first critical moment and has not managed to satisfy either the market or the analysts, who were waiting for an update on the “Whatever it takes” mantra.

First published in elindependiente, a third-party contributor translated and adapted the article from the original. In case of discrepancy, the original will prevail.