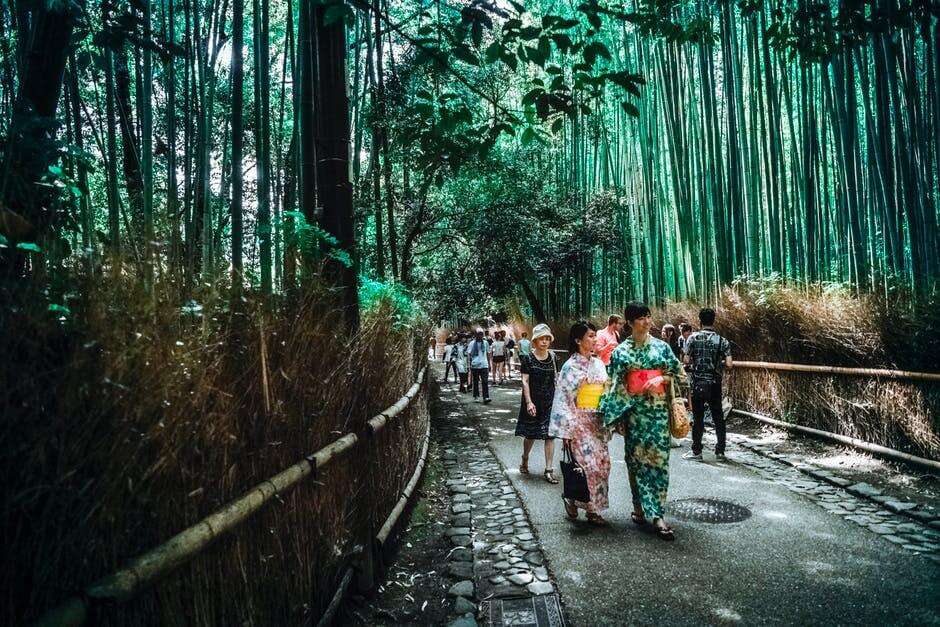 It’s maybe not as bloody as the battlefield in Normandy but equally as devastating in the long-term.

What’s in store for Japan’s economy?

Japan’s Baby Boom started to slow down in 1942 coming into World War II and peaked—forever—in 1949 after soldiers came home from war and made a lot of babies.

It was the first major developed country to peak on a 47-year lag for spending in its economy.

The effects of that first drop-off in births during WWII hit the country after 1989. The second, bigger hit arrived in 1997, and it has felt the negative effects ever since. Look at Japan’s Spending Wave below: 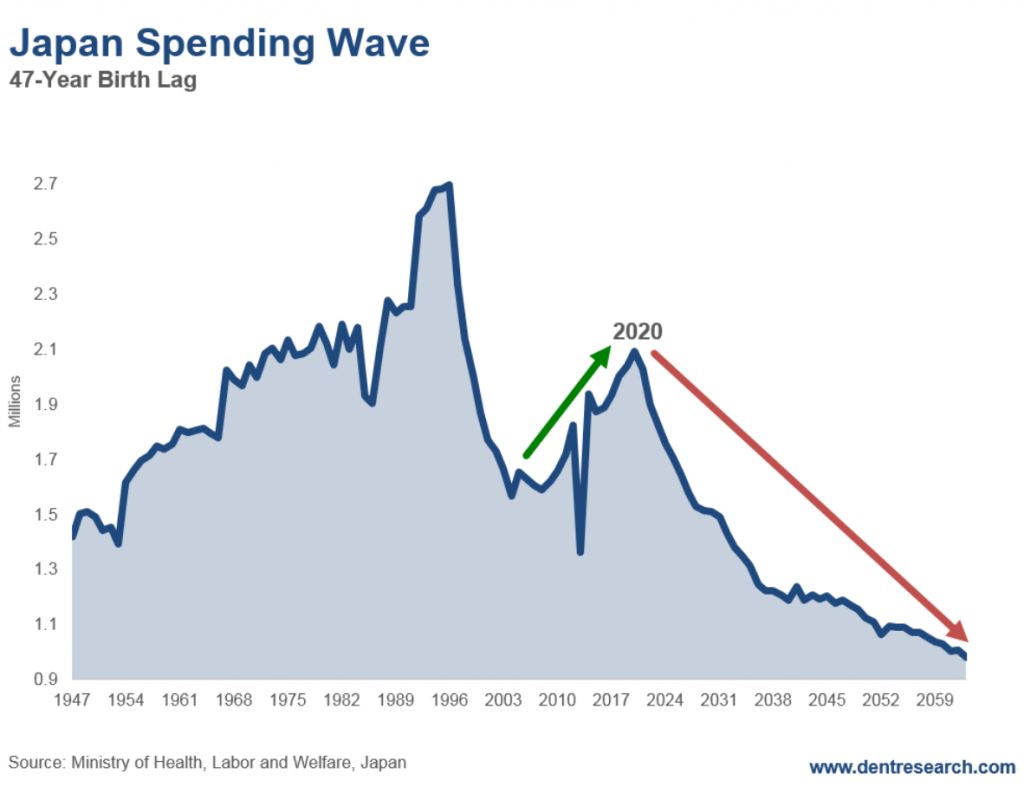 Japan has been in an endless slowdown with ever-escalating QE ever since 1997.

Even when its millennial generation turned up mildly around 2003, and its stock market bottomed down 80%, it has only seen a rise back to 21,000 recently. That’s nowhere near its 39,000-peak in late 1989 (a peak we forecast, I’ll add when we saw the first Demographic D-Day coming and warned of its massive stock and real estate bubbles bursting).

Well, Japan has a second D-Day coming after 2020, right after we likely endure a global market and economic collapse in the next two or three years.

Make no mistake about it: Japan is dying

The country’s demographic decline will only get much worse again after 2020. So, any reprieve in its economy from the endless stimulus and super-low interest rates will be short-lived.

Germany is the next to collapse demographically in Europe following Greece, Portugal, and Italy. Spain comes last, but with an equally bitter decline after 2025.

South Korea peaks the last for the East Asia “Tigers” in 2018.

When I lecture in South Korea, my summary statement is that “you are Japan on a 22-year lag.” That’s the difference between their Baby Boom peaks—1949 and 1971.

Taiwan, in the chart below, also has already peaked and will see downtrends in consumer spending for decades. This started in 2008 already but will accelerate after 2023. 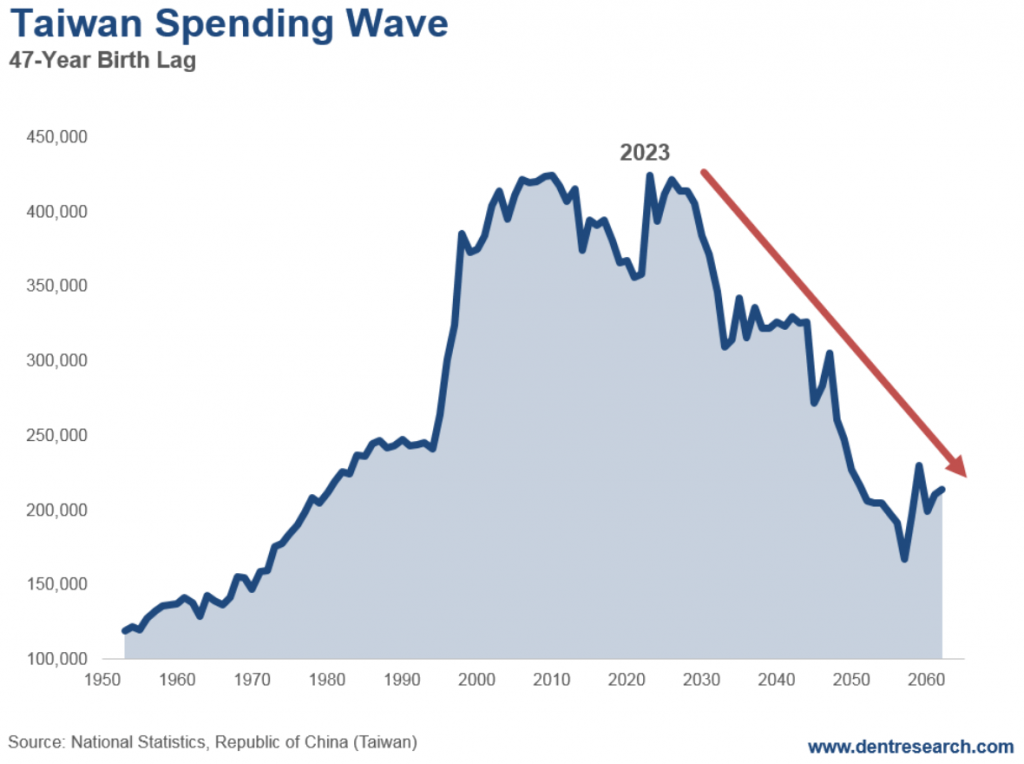 The greater part of the developed world has peaked

This is demographic destiny: The greatest global boom in history turns into the greatest bust. Yes! There are cycles in everything. Affluent, urban households have fewer kids and that reverses the very boom that they created.

If central bankers think they can offset these increasing demographic declines and unprecedented debt levels with “something for nothing” free money—they’re in for a nasty surprise!