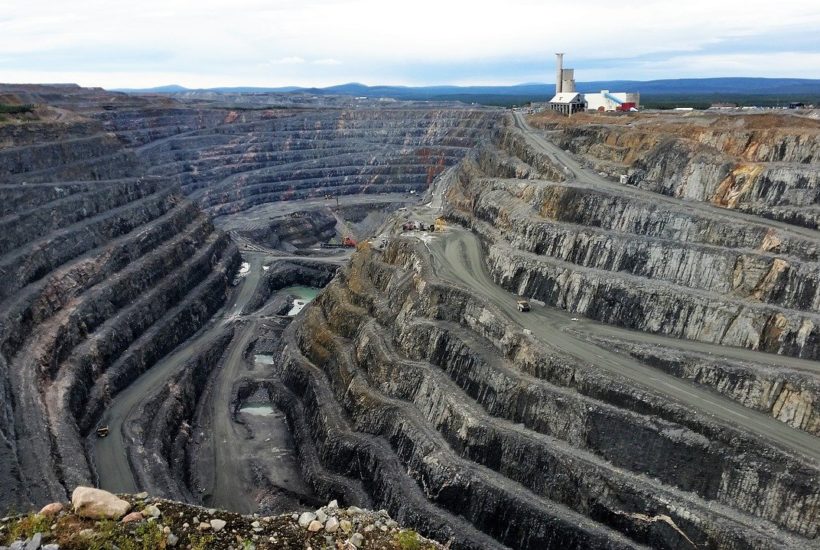 There are eight projects for industrial production of medium and large-scale copper in Colombia, to which the country will bet in the next two years, in its intention to make the metal become a key part in the energy transition.

If you want to find more about the copper mining projects in Colombia and to read the latest mining news in the world, download for free the Mining News App.

In addition to the Quebradona initiative in Antioquia, considered by the National Government as a Project of Strategic National Interest (Pine), the Ministry of Mines and Energy has been monitoring the development of copper mining complexes such as El Roble, Volador, Mandé Norte and El Carmen in Chocó.

Likewise, the projects of San Matías in Córdoba, and Cómita and Pantanos in Antioquia are added. Precisely these last two were included a few months ago in the list of the mining and energy portfolio for copper production, and the investment for the development of each complex was traced to more than $175 million.

“The work is to promote industrial and large-scale mining in order to diversify the matrix and thus not depend so much on coal, and to make an emphasis on the production of metals, as is the case with copper,” said Diego Mesa, Minister of Mines and Energy.

In the case of Quebradona (municipality of Jericho, Antioquia) this copper complex is the one that has attracted the most attention from the mining sector in the country. Currently, the project is in the phase of revision of the Environmental Impact Study (EIS) before the National Environmental Licensing Authority (Anla).

Similarly, the Secretary of Mines of the Government of Antioquia, as a mining authority, is currently analyzing the Plan of Works and Projects (PTO).

“What we did was to use the legal tools that were created through the Benefit and Collective Interest Law (BIC) to guarantee to third parties that the project is placing economic benefit at the same level of importance as social benefit (communities of influence) and environmental benefit,” emphasized Felipe Márquez, president of AngloGold Ashanti, the multinational in charge of the project.

In addition, the El Roble and Volador industrial complexes of the Canadian companies Atico Mining and Rugby Mining, respectively, Mandé Norte of the US company Muriel Mining Corporation, and Minera Cobre will also begin to put Colombian copper on the national and international radar.

The El Roble mining project is located near the municipal seat of Carmen de Atrato (Chocó). Its operation is subway and the metal is considered of high quality. Since 2014, Atico Mining acquired 90% of its operation and has since brought its extraction to levels of 280,000 tons per year. To date, it is the first mine that produces the aforementioned metal in the national territory.

For its part, the Rugby Mining Flying Initiative is located in the municipality of Cobrasco (Chocó). The concession covers 3,000 hectares and the title is subject to a Net Smelter Royalty of 1%.

“If the necessary permits are granted for drilling, exploration will begin with a focused program of geological mapping, geochemical sampling and ground geophysical surveys to follow historical geochemical data, which define the large porphyry target. This work will help delineate the degree of surface anomaly and allow drilling orientation,” the multinational says on its website.

In the Carmen del Darien region, the Mandé Norte complex will be dedicated to the copper operation. The initial investment was established at just over $20 million, and the aim is to extract copper in an area of approximately 16,000 hectares.

The deposit is considered to be large, with an estimated exploitation period of 30 years and an estimated daily production volume of 70,000 tons.

The fourth project, also in Chocó, for copper production of interest is that of the company Minera Cobre. In addition to the Frontino complex being developed in Antioquia, a similar one operates in the Atrato region. The estimated investment is $15 million.

Finally, one of the recent discoveries announced to the country for copper production is the San Matías project, operated by Minerales Córdoba, which is located in the municipality of Puerto Libertador (Córdoba) and is already in its final exploration phase. The title covers nearly 20,000 hectares in concession and is in the exploration stage.

(Featured image by Neta623 via Pixabay)