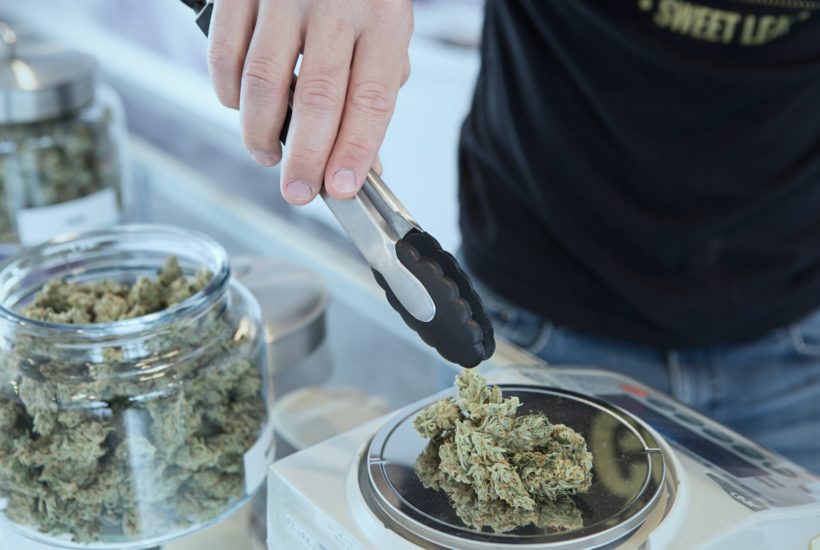 On December 3rd, the Pro Cannabis Colombia Association (Procannacol) was launched in Bogota. The Association seeks to contribute to the visibility and positioning of the medical cannabis sector in the country.

The launching took place in the framework of the II Summit of Social Entrepreneurship in Colombia, Recon 2020, in which the ex Colombian senator Juan Manuel Galán; the Minister of Justice, Wilson Ruiz; Paola Cubillos, member of the board of directors of the Colombian Medical Association of Medical Cannabis; Juan Carlos Echeverry, consultant of the World Bank and the International Monetary Fund (IMF), as well as businessmen and entrepreneurs participated.

The pillars of this new association will be to prioritize patients, small cannabis producers and scientific research around this industry.

Read more about the Pro Cannabis Colombia Association and find the latest hemp news in the world with the Hemp.im mobile app.

Procannacol also looks “to give an ethical sense” to the entire business and process of medical cannabis use in the Andean country, according to its founders.

The Colombian ex-senator Juan Manuel Galán, promoter of this association, assured that the purpose is to achieve “guaranteed access for patients to a safe substance, of good quality, at a regulated price and that has traceability and tracking.”

On the point of social entrepreneurship, Galán assured that the aim is for small producers, “especially those who live in territories of the country that have been affected by the war on drugs and by the conflict, to have special support from the State and from large cannabis companies, to help them build a bridge between illegality and legality.”

“We are talking about people who did not necessarily incur in violent behavior or drug trafficking belonging to criminal structures, but who cultivated illicitly. Then, (the objective is) to give to those small producers the opportunity and the support to associate in cooperatives or associations, that have access to inputs to good price, to investigation, to laboratories, to a seal that we want to launch of fair trade of medical cannabis in the country and of hemp,” said the ex-senator in an interview with the Agency Anadolu.

The other emphasis of the Procannacol is to give “all the support to the scientific investigation, that there is the construction of scientific evidence on the uses of cannabis” because so far there is “excess of anecdotal evidence.”

One of the first actions that Procannacol will undertake will be to send a letter to the Colombian president, Iván Duque, presenting him the association and the fundamental points that they want to defend, and a document so that this industry is taken into account in all the process of formulation of the project of strategic national interest.

The Colombian ex-senator valued positively the announcement of the United Nations (UN) to officially recognize the medical utility of the plant and acknowledged Colombia’s positive vote on the matter.

According to the Colombian politician, this is relevant since many countries “that have not dared to advance in this issue are going to do so”.

Likewise, Galán praised the election of the democrat Joe Biden as the next president of the United States because in his opinion, “this sends a very strong signal internationally” that it is possible to advance in a recovery of the prices of cannabis at international level.

“The election of Biden is a very powerful signal and is going to open the way to a regulation at federal level of cannabis, which will facilitate the banking subject, which is one of the most difficult bottlenecks to break in this industry”, ratified.

The entity will work in social, productive, scientific, technical and public policy aspects to stimulate the inclusion and progress of the cannabis producers, especially the small and medium ones and, in general, of all the productive chains of the sector.

Procannacol will also defend the export of cannabis flowers, with the purpose of consolidating the industry and giving the possibility to the economic sectors to export it.

The association will also present a proposal on the need and convenience of creating a Corporate Social Responsibility seal, which will verify compliance and respect for Human Rights, for the environment, decent work and inclusion, which will become a differentiating factor and a guarantee for advanced countries. The Regional Center for Responsible Business and Entrepreneurship (CREER) will support and guide Procannacol in the development of responsible social behavior.

According to Procannacol’s promoters, the cannabis sector will play a key role in the socio-economic reactivation in Colombia, as it is “in a position to provide new work spaces, increase the export matrix and develop remote areas.”

First published in Dinero, a third-party contributor translated and adapted the article from the original. In case of discrepancy, the original will prevail.