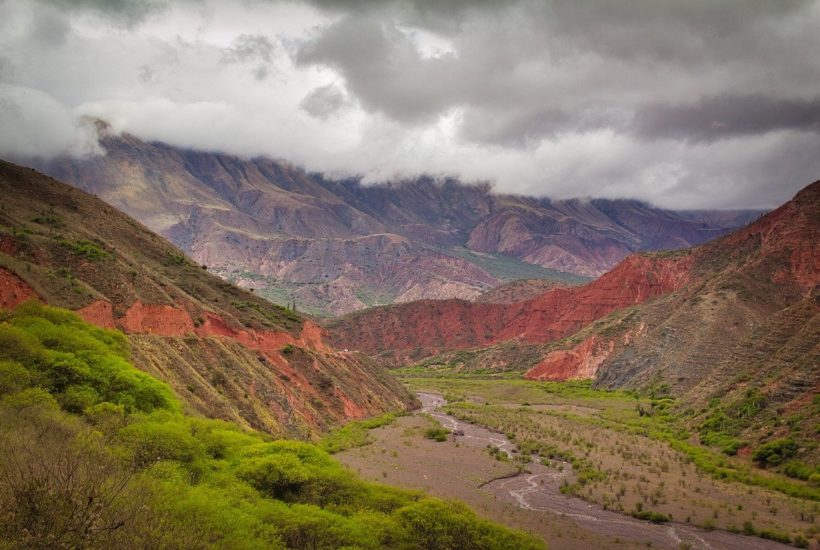 The first medicinal product derived from cannabis was presented in Jujuy on December 3rd, by the state company Cannava, the only one in the country dedicated to the planting and development of the pharmaceutical industry derived from cannabis. The advance was announced by Gerardo Morales at the El Pongo farm after the national government authorized the self-cultivation of cannabis for medicinal purposes.

Governors Sergio Uñac of San Juan, Gustavo Valdes of Corrientes, and Rodolfo Suárez of Mendoza participated at the event via zoom. At the Pongo farm, where the laboratory is located, it was also announced that there will be a training agreement with the University of Jerusalem, which was confirmed by videoconference by Sergio Urribarri, the Argentine ambassador in that country. It includes Mendoza, Corrientes, La Rioja, and Entre Rios.

The cultivation is carried out on public lands of the province

In this first stage, the Ministry of Health has approved a pilot plan of cultivation on 35 hectares within the El Pongo Farm. This is a program that will allow the analysis of the phenotypic adaptation of the selected varieties to the local climate, soil, water, and air conditions, as well as the evaluation of the different possible cultivation methods.

“We already have the active pharmaceutical ingredient and only ANMAT’s stability control is missing. The coordination with Nación is going to be very important to start the distribution in public hospitals and pharmacies,” announced Gastón Morales, president of Cannava, a state-owned company. “The objective of the society is to make available to the population a product with approved standards and good practices. We aim to improve the quality of life of the population and at the same time generate employment in the province,” he added.

“Assuming this challenge, it introduces us to political, scientific and social transformations. When this decade ends, we will be transformed. The capacity of the plant to alleviate pain and disease is a blow to the pride of our structures and brings us closer to what the other is suffering,” explained the head of Cannava. And he added: “This development brings us closer to experiencing and feeling the relief when your son, daughter, brother, mother or friend sees their pain relieved. And that’s what Cannava is doing for others to improve their quality of life.”

Israel’s ambassador in Argentina, Galit Ronen, communicated by zoom. The diplomat said that “we are here to cooperate for the welfare of both peoples” and confirmed the agreement with the University of Jerusalem to train researchers and developers of Cannava. Natalia del Cogliano attended on behalf of Matias Kulfas.

The governor of Jujuy, Gerardo Morales, was in charge of closing the laboratory’s inauguration ceremony. “These greenhouses that we have are from Israel and now we are going to reinforce the scientific and technological development through the agreement that we signed so that our doctors can know the advance that Israel generated in the matter of medical cannabis”, explained the provincial leader.

“This initiative shows that there are no unviable provinces. All 24 provinces have a great economic potential to change and expand the productive matrix. Medical cannabis generated more awareness but there is a lack of information. There is a law approved in the Congress of the Nation and another one in the provincial legislature. It took us more than two years to complete this project 100% public but imagine what to do to register the production of cannabis to the AFIP and the tariff positions to import seeds. We are also going to go to the production of hemp to guarantee the control measures,” Morales said.

“We have tried in greenhouses, in the field. And we are going to get the seed that adapts to San Juan, to Salta. We have a plant that is miraculous. The provinces are going to produce a medical ingredient. Here we already produce cannabis oil in 30 milliliter bottles. The traceability of the process and the quality of the product is our commitment. Each plant has a chip and follow up from the seed,” said the governor of Jujuy.

Cannava State Society is a public company of the government of Jujuy, in charge of the implementation of the provincial plan of production of medicinal cannabis derivatives.

The mission of the provincial plan is to attend and respond to a public health need: to elaborate medicinal cannabis derivatives developed according to the quality and traceability standards required by the activity.

To date, Jujuy is the only province that has a plan in place for the production of active pharmaceutical ingredients derived from the cannabis plant. Currently, the authorization covers 35 hectares that will be cultivated in its entirety during 2021

(Featured image by Jonny_Joka via Pixabay)

First published in ambito, a third-party contributor translated and adapted the article from the original. In case of discrepancy, the original will prevail.