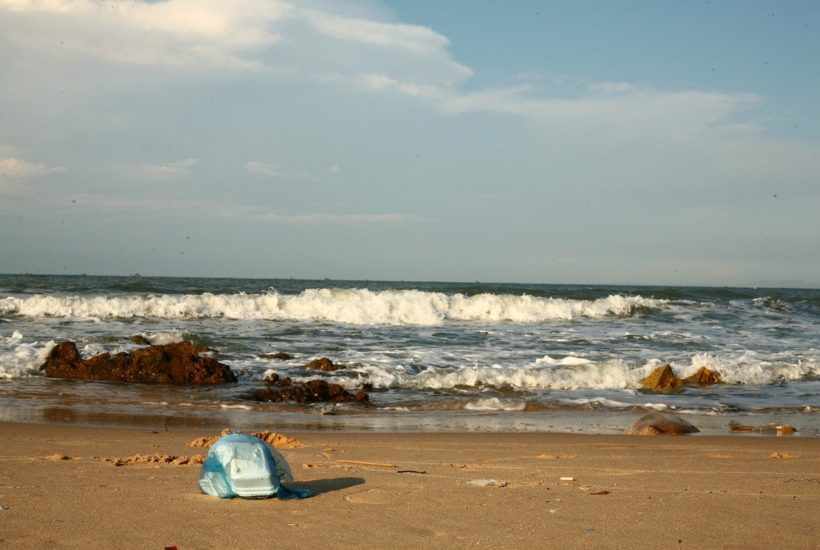 Three entrepreneurs from the Würzburg region declare war on the plastic waste of the oceans. With the newly founded “Institute for Ocean Plastics Recycling” (IFOPR), Peter Bales, Balthasar Höhn, and Herbert Hornung want to advance a project that sounds like a Herculean task. The goal: plastic waste is to be retrieved from the oceans and recycled on a large scale, in order to then flow into the economic cycle as new material.

Read more about the initiative of three entrepreneurs from Würzburg who want to liberate the oceans from plastics and find the most important business news with the Born2Invest mobile app.

SKZ and FH Würzburg-Schweinfurt as partners

As one of the initiators, the Würzburg management consultant Peter Bales, told BR, IFOPR already has a number of cooperation partners on board. These include the Fraunhofer-Gesellschaft, the Süddeutsche Kunststoff-Zentrum Würzburg (SKZ) and the University of Applied Sciences Würzburg-Schweinfurt.

New products to be created from waste in the sea

The basic idea: Ships, which are being developed with the support of the Fraunhofer Institute, are to shuttle back and forth between the large plastic vortices in the oceans and nearby harbors in a closely timed manner.

With the help of machines, the ships are to pick up large quantities of waste from the sea – plastic, barrels, or nets. In the harbors, the garbage will then be sorted, cleaned, and processed into granulate. This granulate will then serve as raw material for new products.

After the foundation of a non-profit limited liability company in November, the initiative has now “started the first project planning phase”, says Peter Bales. This is scheduled to run for about three years. An important step is expected to be the removal of about four tons of plastic waste from the Pacific garbage maelstrom between Hawaii and California in March 2021. This waste will then be transported to Lower Franconia and will first be sorted, cleaned, and evaluated at the Fraunhofer Institute. At the South German Plastics Center, research will then be carried out to determine which new products the plastic granulate could be used for.

Peter Bales said that containers for cleaning agents are conceivable. The aim is not to demonize “plastic as a raw material” in general, but “to finally tackle the homemade problem of the littering of our oceans with a holistic solution concept.” Initial talks with commercial enterprises have already begun.

Contacts have also been made with politicians, foundations and funding programs to sound out possibilities for financing. But Bales also says: “This must become a permanent subsidy project for the human family. Recycled products are always slightly more expensive, but money must not be the problem in this area”.

Huge amounts of plastic waste end up in the oceans

The project also involves shipping companies and mechanical engineering firms that are to equip the special ships. “The technology to solve this problem is there,” said Bales. “We now want to pool our expertise and develop a globally scalable solution to rid the world’s oceans of plastic”. However, the project requires global efforts to reduce the consumption of plastics and prevent plastic waste from escaping into the environment.

According to a study by the Ellen McArthur Foundation, 72 percent of used plastic packaging is currently not recycled, Bales said. Every year, about ten million tons of plastic land in the oceans.

First published in BR24, a third-party contributor translated and adapted the article from the original. In case of discrepancy, the original will prevail.