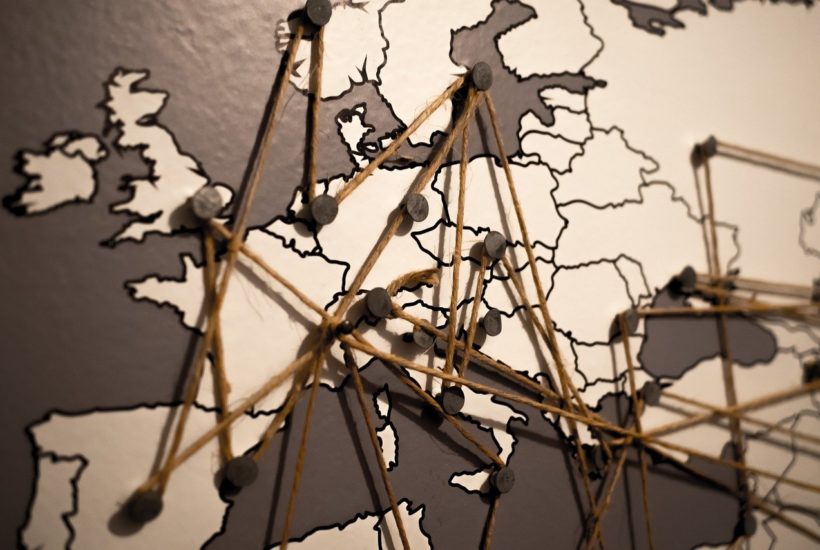 ETFs and biotechnology: The importance of biotechnology as an innovation driver is undisputed. Almost two-thirds of newly approved drugs are based on research results, findings, and innovations in biotechnology. A pan-European stock exchange for high-tech companies, including the UK and Switzerland, would promote the visibility and development of internationally competitive companies – an important prerequisite for the emergence not only of local heroes but also of global players. However, due to the small-scale organization of European stock trading, such a stock exchange is currently nowhere in sight. High time, therefore, for an alternative.

Since the advent of biotechnology, Europe has lagged behind the remarkable economic growth of the sector in the U.S., although the level of scientific innovation in Europe is similarly high. The reasons for this are many. In addition to cultural and political differences, the fragmented capital market has meant that no European equivalent of Nasdaq has developed. Hand on heart, the prospects that European countries will willingly release their stock markets, or even a portion of high-tech growth stocks, from their national stock exchanges, are slim.

As consequence, entrepreneurs and VCs are accelerating the trend of European biotech companies opting for a primary listing in the U.S. – and even accepting significant additional expenses to do so. Ultimately, all European capital markets and the entire biotech ecosystem suffer from this situation.

Read more about ETFs and how they could help the biotech sector, and read the latest business news with the Born2Invest mobile app.

While the superior pull of Nasdaq is unlikely to change in the short term, the creation of a pan-European biotech ETF could offer a possible medium-term prospect for improvement.

Currently, there are about 200 publicly traded European biotech companies. Increasingly, ETF issuers are investing the capital raised directly in the underlying securities. Trading in a pan-European biotechnology ETF would therefore directly benefit the companies included. An ETF whose underlying securities include the leading European stocks could thus serve as a catalyst for better visibility, increased trading liquidity and the flow of private money into this strategically important innovation sector.

Although almost non-existent in Europe, biotechnology ETFs are not new. A growing number of them are traded on Nasdaq, offering investors who recognize the potential of biotechnology an opportunity to participate without risky stock picking. And this is being gladly taken up: The roughly 55 healthcare ETFs listed on Nasdaq represent an investment volume of about $94 billion.

While individual biotech companies are often high-risk investments, the sector as a whole is comparatively low-risk and rising in value – though not as fast as individual companies can sometimes do. Since 2010, the Nasdaq Biotechnology Total Return Index has gained nearly 500 percent and outperformed the Nasdaq Composite for much of the year.

A well-managed European ETF could include biotechnology companies traded on one of the European exchanges as well as European-headquartered companies listed on U.S. exchanges. Stocks should be selected according to transparent quality criteria developed by specialists. Trading on the main European exchanges would make it widely available to retail and institutional investors.

State-owned banks, such as Banque Public d’Investissement (BPI) in France, and European institutions, such as the European Investment Bank (EIB) and the European Investment Fund (EIF), should have an interest in supporting a pan-European biotechnology ETF. They have already created significant catalysts that are driving a dramatic increase in venture investment in new biotechnology companies. It follows that it should also be in the interest of national and European funds to incentivize qualified, specialized ETF managers, thereby simultaneously attracting private capital to the sector.

ETFs: A win-win for the entire ecosystem

While it will not be a panacea for individual companies, achieving the quality criteria to be included in the pan-European biotech ETF could be seen as a seal of quality, something to aspire to, then tout and preserve. Trading in the pan-European biotech ETF should increase visibility and trading volume; and while the impact is unlikely to be dramatic for most individual stocks, it could be an important catalyst for some. Those that do not meet the inclusion criteria will have clear constructive and objective targets, free of subjective (or national) favoritism, to work toward to achieve inclusion.

SEE ALSO  The startup Crypto.com is currently the ultimate up-and-comer in the crypto industry

For specialized portfolio managers, institutional stock pickers, a pan-European biotechnology ETF would provide opportunities to hedge against risk exposures and volatile market swings. For national exchanges, ETF trading can result in additional revenue from trading the newly listed ETF as well as the underlying stocks listed on the ETF. In short, when considering the benefits of creating a pan-European biotechnology ETF, there are really only winners.

(Featured image by TheAndrasBarta via Pixabay)

First published in goingpublic.de, a third-party contributor translated and adapted the article from the original. In case of discrepancy, the original will prevail.