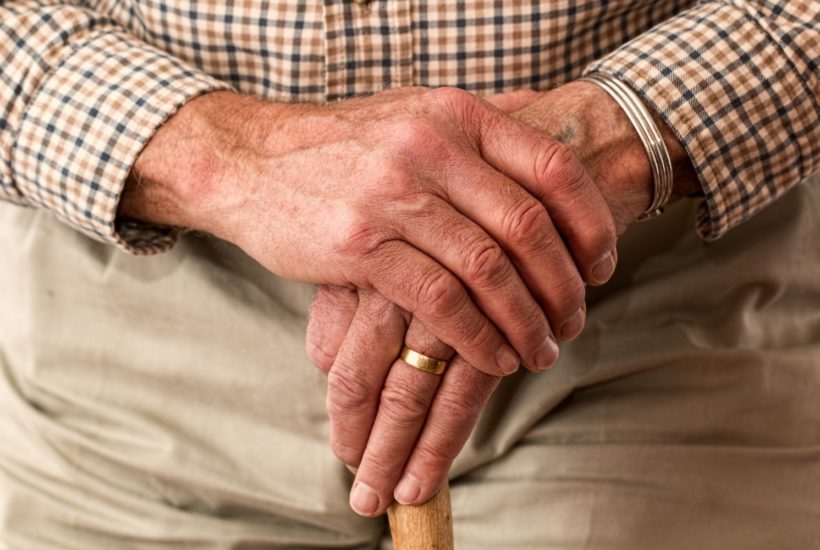 The use of CBD (cannabidiol) in the elderly population for medical purposes was the subject of a debate promoted in Rio de Janeiro by the Brazilian Society of Geriatrics and Gerontology.

Cannabinoids are substances derived from cannabis, considered illicit in many countries around the world, including Brazil.

CBD has possible treatments against chronic pain, dementia and other common problems in the elderly. The therapeutic use of cannabis is defended by researchers who add a scientific approach to the subject.

Ivan Abdalla, a physician at the Alzheimer’s Dementia Center of Psychiatry Institute of the Federal University of Rio de Janeiro (IPUB-UFRJ), presented international studies on cannabinoids and dementia.

The studies point out the need to deepen our understanding of the effects on real-life patients before cannabis is prescribed as a treatment in the field. “We have evidence that it may have an effect, but we have to walk a few steps to get there,” he said.

The researcher presented a mapping made by the Canadian Agency on Drugs and Health Technologies (CADTH) that surveyed 12 studies conducted between 1997 and 2017 in six countries: Canada, United States, United Kingdom, Germany, Switzerland, Netherlands, and Israel.

Despite having considered the low-quality research and high risk of bias, the agency still concluded that it indicates that cannabinoids can be effective against some symptoms of dementia.

Medical cannabis market attracts companies from around the world

The European cannabis market is set to become one of the largest and most important in the world. The potential customer base in Europe dwarfs any other, even North America.

One of the companies that want a seat at the table in this new cannabis frontier is World High Life (NEX: LIFE). The company’s stated goal is to become the world’s most important CBD and medical cannabis player.

The main focus of the company is to identify investment opportunities and to acquire companies that are operating within the burgeoning legal medical cannabis, hemp and CBD industries.

Love Hemp sells its products in 1,200 UK high street stores. Additionally, the company has agreements with big companies such as Boots, Tesco, Superdrug and Sainsbury’s.

“They have evidence for some clinical situations, but for dementia, we still don’t have that answer. There is potential, but we are still in an experimental moment,” says the researcher. “It is necessary to stimulate research and debate and break down barriers to this, rather than use it.”

In Brazil, the Resolution of 2.113/2014 of the Federal Council of Medicine restricts the use of cannabidiol for the treatment of children and adolescents with epilepsy, who have been refractory to conventional therapies.

Only neurologists, neurosurgeons, and psychiatrists can make these prescriptions. The recommendation of natural cannabis or any other derivative other than cannabidiol is prohibited by resolution.

The debate was mediated by one of the founders of the Palliative Care Commission of the SBGG, Claudia Burlá, who says she has no doubts that cannabinoids can have a great therapeutic potential for the elderly.

“We have to study, we cannot remain in reductionism and amoralism,” she says, seeing this potential for discoveries in the treatment of chronic pain, epilepsy, and nausea resulting from chemotherapy.

She warns that caution must be exercised in the debate, so as not to create too high an expectation in society in relation to the therapeutic possibilities of cannabinoids. “No panacea,” she emphasized at the beginning of the discussion, which filled one of the rooms of the congress.

The president of SBGG, Carlos André Uehara, remembers that any medical prescription for the elderly still depends on more studies, but that the role of a scientific society is to support the debate. “It does not prevent us from having the discussion.”

The debate on cannabinoids occurs in a program that brought contemporary themes to the congress of geriatrics and gerontology, such as the fight against prejudice, social security, LGBT aging and the use of technology to assist the elderly at a distance.

“We have to discuss the gender issue, the old man is not an ‘asexual being,’ and has the issue of sexually transmitted diseases,” remembers Uehara, who highlights the importance of preparing geriatricians to deal with various elderly people. “The professional has to understand that there are differences. The world is not binary. It is not zero or one, but yes or no.”

Population aging makes the debate of quality of life in old age urgent for the Brazilian population, and the doctor calls the attention that the transition of the country to a society with more elderly depends on public and individual planning.

“If we do not program ourselves and do not make a demographic transition in better conditions, this will impact on health and even on Social Security. Aging is planning.”

First published in EXAME, a third-party contributor translated and adapted the article from the original. In case of discrepancy, the original will prevail.