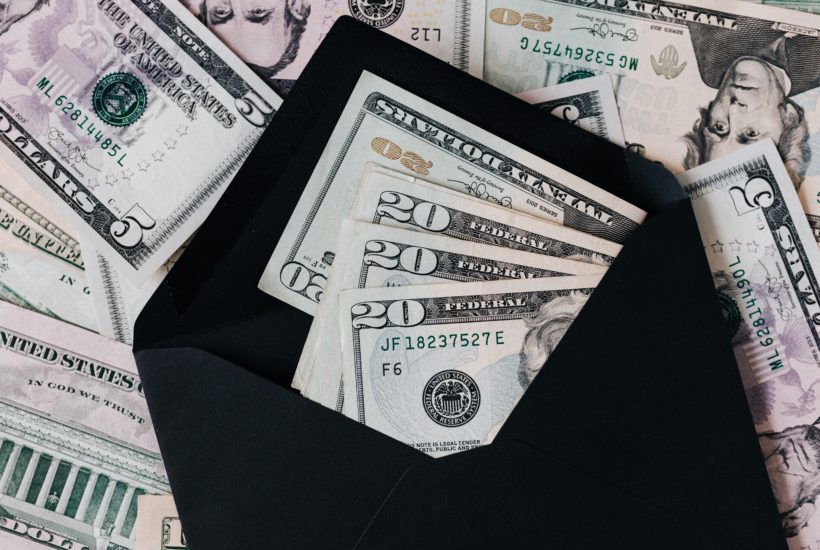 The Non-farm Payroll Report for August severely disappointed Wall Street’s expectations by coming in at just 235,000 net new jobs. Many on Wall Street—because they always look for a silver lining—are now trying to twist the near half-million jobs miss into something beneficial for stocks. This is because they claim the Fed‘s tapering of its asset purchase program will be delayed.

Nevertheless, the Fed is growing uncomfortable with the pace of stock and home price appreciation. And, doesn’t think ending QE equates to a tightening of monetary policy. Of course, the Fed doesn’t want to kill the economy by raising interest rates too rapidly. However, they have become very much aware that continuing to print $120 billion each month and further inflating the stock and real estate market has become absolutely dangerous. Inflating asset prices further and boosting CPI from this point would likely soon force the Fed into a regime of rapidly rising interest rates, which would kill the recovery and engender a severe recession.

And there is no escape from it without first going through a period of extreme chaos. Hence, there are two possible outcomes arising from the eventual and inevitable reconciliation of all the fiscal and monetary madness that has been inflicted on the U.S. economy in the last dozen or so years. It is either a deflationary depression or intractable stagflation that we will suffer. It all depends on what the Fed and Treasury’s response will be to the coming asset bubble implosion.

Will we look like Japan in 1989 all the way thru 2009–where residential home prices dropped by 45% over a period of 20 years; and, the Nikkei Dow fell by over 80% during the same duration? Or, will the U.S. go the way of Rome and every other superpower before it, who lost its world dominance as its currency and middle class were inflated out of existence? That is what always occurs when helicopter money, MMT, or, as it was called in the case of ancient Rome, bread, and circuses are used to keep the population from revolting.

It doesn’t matter what you call it; there’s nothing new here that hasn’t been tried before—and with a pernicious outcome every time. Whenever a government resorts to the habit of creating a massive amount of new money by fiat and handing it directly to its people, that nation ceases to become a superpower. In fact, it devolves into a stagflationary quagmire. The members of the FOMC should discard their worthless models on inflation. Inflation, in the Fed’s mind, comes from too many people working. But in fact, it is the exact opposite. Inflation comes from too many people not working; especially while encouraged by a government-issued stipend to sit home and not produce goods and services. The COVID-19 pandemic should be the ultimate proof that the Fed needs to reject its specious theories.

This government-induced inflation, coupled with a humongous amount of debt and gargantuan asset bubbles, has led to a watershed moment in U.S. history. We’ve never faced a situation like this before in America.

So, will it be an inflapression (inflationary depression), or will it be a deflapression (deflationary depression)? Just imagine if Paul Volcker had to raise interest rates to 20%–as he did back in 1981 to crush the inflation that was running at 14%—if he had to do it under the debt and asset bubbles that exist today? Back in 1981, the total market cap of equities to GDP was just 40%. It is currently 207%! And, Total Public Debt as Percent of Gross Domestic Product was just 30% back in 1981, today it stands at 126%.

Of course, some will claim that inflation isn’t double digits today, as it was 40 years ago. Well, it would be just as high if measured in the same manner as it was back in the early 80’s. Shadow stats has CPI running at the same 14% level when using 1980 methodologies. For just one very important example, the S&P/Case-Shiller index, which measures home prices across 20 major U.S. cities, rose 19.1% year-on-year in June, the largest jump in the series’ history.  Indeed, inflation rates are back where they were in 1980.

No matter how you view it, inflation is now here, and the government must either fight it or keep deploying Helicopter money and MMT. So, herein lies the dilemma: Scenario 1: the Fed stops QE and begins to raise interest rates to fight inflation, which will prove to be an untenable position. Just think about what would happen if the Fed were to just raise the Fed Funds Rate towards the normal level of around 5.5% in order to fully vanquish inflation. To start with, the interest paid on the national debt would reach a devastating 40% of all federal revenue; and that is without factoring in the decline in revenue that most assuredly would arise from a faltering tax base. The increased borrowing costs would likely crush the stock would market, and the real estate market would follow right alongside. Under the Volcker regime, the unemployment rate soared to nearly 11%. This time around, we would probably suffer an even worse recession due to the demise of the entire leveraged loan, high yield, and CLO markets. After all, the average yield on Junk bonds is at a record low 4%. This yield would most likely soar into the double digits, creating mass bankruptcies and layoffs. Indeed, the carnage across all markets would be epic. Think about the chaos surrounding the demise of Archegos Capital Management that occurred in March of this year, which sent shockwaves across the shadow banking system. A return to a more normal interest rate regime would create a thousand such debacles in the hedge fund, family office, pension fund, private equity fund, and investment bank space.

Alternatively, the Fed could continue to monetize trillions of dollars that can be spent by the Treasury to be doled out directly into the hands of consumers. This is the stagflation route. But this option isn’t even on the table right now because there is no such current proposal for a multi-trillion-dollar stimulus bill in D.C. The infrastructure bill—if made into law—will only amount to a couple hundred billion dollars each year; and that “stimulus” will be offset by taxing the so-called rich. Stealing a few hundred billion dollars from wealthy people each year and placing it into a government boondoggle isn’t the same as handing out $6 trillion for consumers to directly spend, as was the case throughout 2020-2021.

Hence, the real answer is that we will probably have both situations; an inflapression and a deflapression; but in the correct order. First, we should have the deflation and faltering economy that is associated with the biggest fiscal and monetary cliff in history—with its devastating effect on record asset bubbles. Followed by a period of rapid inflation and falling real GDP, which will be associated with perpetual Helicopter Money and its concomitant effect of plunging faith in our government’s currency and sovereign debt market. Getting these inflation/deflation sequences correct is imperative for your financial health.