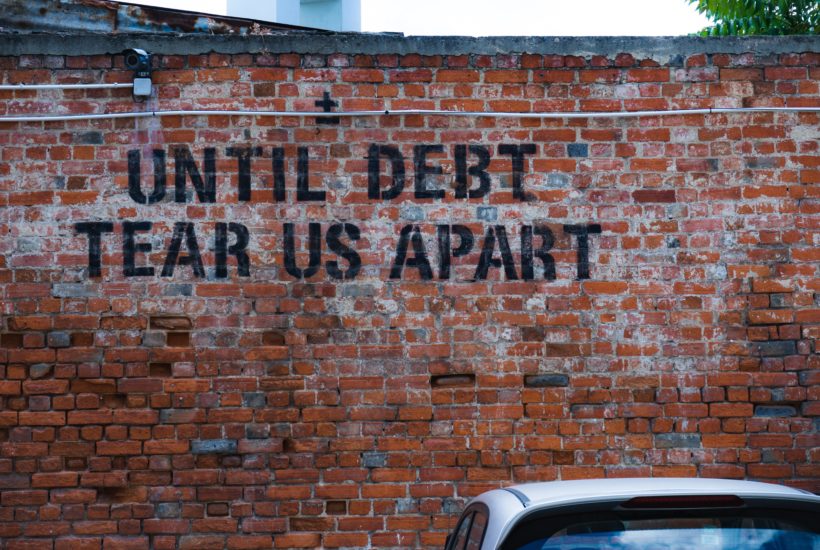 Caution and Disclaimer: The views and opinions expressed in this document are those of the author and do not necessarily represent the views of Born2Invest, its founders, or its employees.

The Fed’s manipulation of the money supply and its cost has served to obliterate the function of asset price discovery, just as it has also caused the middle and lower classes to reduce their standard of living. Since a greater percentage of their falling real incomes goes to the purchase of food and energy–the things most effected by money printing–the wealth gap, which the fed avows to care about, has become greatly exacerbated.

After foolishly and desperately pursuing inflation many years, the dog finally caught the truck. But predictably, the freedom killers at the FOMC are coming to realize inflation is easily tractable on both ends of the spectrum. Its asinine 2% inflation goal was meant to be a ceiling when first proposed; but was underachieved for many years. However, that level has now been transcended by leaps and bounds. The evil inflation genie was released out of the bottle and putting it back in will entail destroying the stock market and economy as a direct consequence. In other words, it took trillions upon trillions of helicopter dollars to get inflation and asset prices where they are today. And unless the Treasury and Fed assent to doing that same thing on a more consistent basis, asset prices and the economy should succumb to a deflationary meltdown next year. A Pyrrhic victory over inflation is the best we can hope for.

On a slightly brighter note, James Bullard, President of the Saint Louis Fed, is now conveying a rare bit of sanity from the odious organization he represents. He conveyed in a recent Bloomberg interview that the time to taper the fed’s asset purchases is now. Most importantly, he went on to say that the fed no longer has the luxury of tapering its QE program in a pre-determined timeline, as Ben Bernanke laid out in the first Taper back in 2013. Bullard said the fed must have flexibility this time around. But the Fed President emphasized that this is not because of the fear that he might unwind purchases too quickly. But rather, because of the fear that inflation is running so hot that the fed must have the ability to end its bond purchases sooner.

SEE ALSO  Hundreds of campus projects launching throughout the US

However, this is where the wisdom of Mr. Bullard unfortunately ends. He said he expects GDP growth to be stronger in the next few years than it was prior to the pandemic. This assumption was based primarily on hope; and no specific reason was offered to support this view other than some amorphic blather about technological improvements that have supposedly been made over the past two years—really? In contrast, any potential economic growth has been severely encumbered by inflationary pressures, much bigger and more unstable asset bubbles and a humongous increase in the debt load.

To this point, Total non-financial debt has skyrocketed from $54.3 trillion, at the start of the pandemic, to $62 trillion as of the end of Q1 2021, according to the latest data available from the Flow of Funds Report. That is a $7.7 trillion increase in the past 5 quarters. To put this in context, in the 5 quarters leading up to the pandemic, Total Non-financial Debt increased by just $2.9 trillion. Which was, by the way, already an incredibly onerous increase in new debt that was being piled on to an economy that was already debt disabled. It is an immutable economic law that debt is a tax on future growth, as it deprives the economy of crucial capital investments, just as it also chokes off consumption.

In the last year and a half, the fed’s balance sheet has skyrocket by $4.1 trillion. This means from the creation of the Federal Reserve back in 1913, all the way through to the start of 2020, the fed’s balance sheet grew to $4.1 trillion. Incredibly, it has now skyrocketed to $8.2 trillion. Meaning the fed took 18 months to permanently print what it formerly took 107 years monetize. However, sometime during 2022 the fed’s balance sheet will stop growing once Mr. Powell ends QE. Hence, the amount of newly created money that will be flowing into the markets will go from a $4.1 trillion pace to $0. Also, in the last year and a half the government dumped $6 trillion of fiscal stimulus into the economy. In 2022 that number will crash from 25% of GDP, to just 2% of GDP–in other words, just a few hundred billion dollars. Also, investors should not ignore the mutations of COVID-19 that are already causing governments to put on new restrictions and shutting down parts of the globe. If anybody thinks the stock market will be unaffected by all this, they are either lying to you or ignorant about what drives stock prices.

You just cannot have the stock market trading at more than 2x underlying US GDP unless something very unusual is going on. Either the economy is growing at warp speed, or the fed’s balance sheet must be booming in similar fashion in order to justify these equity market valuations. The problem is you will have none of it come next year.

I think this quote from my friend John Rubino of DollarCollapse.com sums up the precarious position central banks have placed the equity market in perfectly: “But hey, working into one’s 70s while loading up on volatile assets like stocks is just the price we have to pay so the big banks and their favored customers make enough money to finance incumbent politicians’ re-election campaigns. See, the system works!”

My follow-up quote is as follows: The soul of America has been sold out to deep-state war mongers, race-baiting politicians, Wall Street avarice, and arrogant-anti-capitalist central bankers. May God help us through this current turmoil and the chaos that is to come.