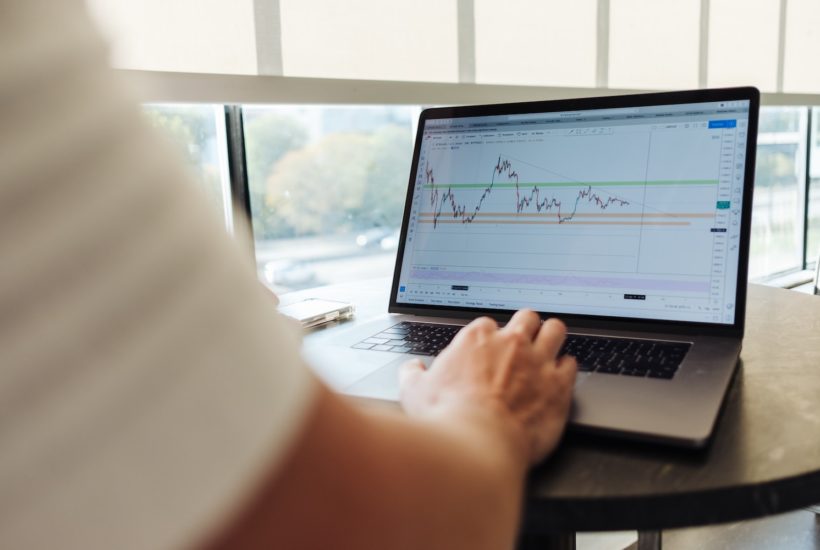 The message of the analysis conducted by NetConsulting in collaboration with PwC is that the Italian Fintech sector needs to be developed. The FinTech sector continues to grow in terms of the number of companies that populate it, the revenues generated and the sophistication of the offers, but Italy is still lagging behind in terms of investments.

In general, the sector of innovative companies in Italy, and FinTech in particular, needs “gasoline” in order to develop its full potential. There is no doubt that the general slowdown in the economy caused by the health emergency will also have repercussions on this sector. However, as with innovation in general, this very emergency can become a lever to promote the digital change that Italy needs so much.

If you want to find out more details about the Italian Fintech sector and to read the most important business news in the world, download for free the Born2Invest mobile app.

The 2020 Observatory presented a first major innovation that concerns the desire to treat separately companies with a specific offer in one of the areas of the financial services value chain (FinTech), from operators who position themselves as pure technology providers for incumbents in the sector (TechFin). Two contiguous but different worlds, which have in common the vocation towards innovation, and technology as the enabling base for the relative offers.

Among the 278 FinTech companies, the most populous areas are Payment and Wealth Management, with 46 companies each. The Payments segment is defined as the star segment of the FinTech world, in terms of population, revenues generated, partnerships signed and maturity of the companies present with, however, a painful note regarding the marginality data.

The negative Ebitda Margin of the sector is probably due to the predominance of business models that require a high customer base to go in positive, in a country still too much tied to cash. In addition, perhaps the health and economic emergency that the world is going through could lead Italy to make that leap forward in becoming more digital also on the payments front, with a boost that everyone expects in the field of mobile payments of a contactless nature.

Returning to the analysis, net of Other Crowdfunding, where there is a reduction in the number of companies due to inactivity, there is a generalized growth in all areas: more sustained in the areas of Lending (+15 companies), Wealth (+11 companies) and Payment (+10), compared to the Capital Market (+7 companies) and Money Management (+5 companies). On the other hand, the Regtech (with 3 more companies than the last survey) and Insurtech (with 2 new entries) sectors remained stable.

In general, the FinTech world is characterized by the prevalence of young companies: 60% have been on the market for less than 5 years, and 30% of these were established in 2019. This “young age” has an impact on the profitability index of the sector, which is still low (2%) but stable.

Specifically, Insurtech, Regtech and Lending are the areas that have experienced a real explosion in the last 4 years, with many new companies that were born in 2015. In addition to their young age, FinTech companies are on average small companies – about 75% have less than 10 employees – but at the same time promising both in terms of average revenue growth (+40%) and number of scale ups (9 more than last year).

The world of TechFin, on the other hand, is made up of 86 companies in total, 80% of which are tech enablers (+15 companies) and 20% are companies with a cybersecurity offer (with only one new entry compared to the previous Observatory). This is a more mature sector, populated mostly by companies that have been on the market for 7 years on average, with a stable growth in turnover (+17%), and an overall positive marginality (Ebitda Margin of 10%).

The use of FinTech services is increasing in Italy

However, in comparison with other countries, the use of FinTech services by the Internet user population is not low and concerns 51% of Internet users (compared to 64% of the global average). And the advantages of FinTech companies’ offers that push users (mostly millennials) to prefer them over the services of traditional operators are due to the perception of lower costs, higher speed of use of the service, and greater ease of use.

For incumbents, therefore, the challenge is played out on the recovery of the relationship with the end customer, a customer that is increasingly digital and, by necessity, very distant even physically in this period. Traditional operators should evaluate more and more paths of collaboration with FinTech, not considering them as mere competitors, but as strategic partners to be integrated in their offers, in order to meet more quickly the changed and changing expectations of the consumer.

Real-time and omnichannel experiences can become the levers to start such collaboration paths, especially through a possible technological integration with open banking platforms. In Italy, although the sentiment towards the use of Open Api to effectively start collaborations with FinTech is positive (there are several platforms that have been prepared and put on the market by operators of various kinds), the index of collaborations activated through these is still very low. In fact, the Italian platforms have passed the initial phase of strategic design and definition of possible partners, they are compliant with Psd2 regulations, but the technological and operational integration that enables new ecosystems has yet to be started.

Collaboration between incumbent and new players

To put it in consultative terms, the collaborations between banks and Fintech companies would configure a win-win situation for the two types of operators at stake: for the incumbent, they would bring advantages in terms of performance and cost, allowing a greater concentration on the core business and a “delegation” for the proposition of innovative services to subjects born with this mission. Moreover, another plus for banks would be to gain ground in a more volatile, less loyal market, expanding the reference target and the range of services to be offered.

At the same time, however, FinTech companies do not yet enjoy the trust built by the banks over the years, nor the same distribution capacity. It seems a gamble, but let’s imagine a future – not very distant given the current situation – in which neither party can win and establish itself without the other. Positive signs in this sense can also be seen in the birth of vertical and specialized FinTech hubs and incubators, which continued during 2019. To name but a few, the FinTech District promoted by Banca Sella, the Vittoria Hub dedicated to Insurtech innovation and, last but not least, the new plug-and-play research and development centre set up in Milan, with Unicredit and Nexi as founding partners.

The repercussions of the COVID-19 emergency on the FinTech world

This is the question in which the entire Observatory team came across the moment when the work of updating and analysis had been completed and was ready to be published. At a time when Italy was closing due to the pandemic, and when feelings of discouragement and fear reigned throughout the population.

SEE ALSO  Spending more than 12 hours on a plane? How to survive a marathon flight

This is a question to which, at the moment, a little more than two months later, there can be found a partial answer, looking at how FinTech have worked to survive or to give their contribution to face the emergency. On the one hand, there have been adjustments in offers and targets, in an agile way as only a young company can do in such a short time, like SplittyPay and Matipay. On the other hand, there are many fundraising initiatives for civil protection, hospitals, non-profit organizations promoted by crowdfunding platforms in primis, but also by other FinTech companies with a different core business.

The lockdown has shown with all its strength the significant delay in the path of digitalization – not only financial – of Italy, but at the same time has made possible a growth in the use and appreciation of digital services, including financial. Think, for example, of the increase in the use of these instruments by the entire demand, consumer and merchant world in the first place on the payments front. Furthermore, the role that FinTech lending can play – as is already happening – in a moment of exponential growth in the demand for credit, especially by SMEs, should not be underestimated.

In conclusion, if on the one hand, the FinTech sector will continue to suffer on the capital front, which could suffer further downturns due to the crisis, on the other hand, it will show – as it has already started to do – all its strength, professionalism and spirit of initiative in knowing how to adapt to changes and in putting itself at the service of the country. It thus became one of the actors able to provide its contribution to the path of progressive digitalization that is necessary to deal with the “new normal”. A new normality that, by necessity, will continue to be marked by social distancing, the only weapon at the moment available to face the fight against the virus.

First published in inno3, a third-party contributor translated and adapted the article from the original. In case of discrepancy, the original will prevail.