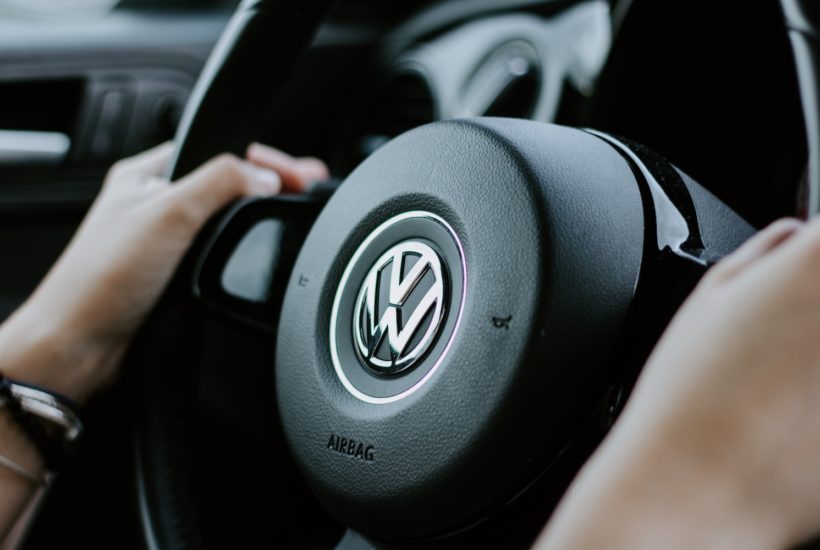 The Diesel Emissions Justice Foundation brings together aggrieved consumers to force the engine manufacturer to reach a compensation agreement in Europe.

Volkswagen has not finished with the “dieselgate.” More than four years after the scandal, consumers are organizing to force the German manufacturer to pay compensation in Europe. According to source information, the Dutch foundation Diesel Emissions Justice (DEJF) has launched a group action in France on Thursday, January 23rd, against the Wolfsburg firm which has admitted equipping 11 million diesel vehicles with fraudulent software to manipulate their polluting emissions cars (brands Volkswagen, Audi, Seat, and Skoda).

A procedure that adds to those already initiated on the Old Continent: the criminal action in France against the group, the complaint in the United Kingdom in the collective name of nearly 100,000 motorists or, in Germany, the Brunswick mega-trial (450,000 plaintiffs) in Lower Saxony. Recently, Volkswagen has been trying to negotiate an out-of-court settlement with the German consumer protection federation.

Get daily updates on share prices, economy and business news from various sectors, and much more from the Born2Invest mobile app.

Maria José Azar-Baud, member of the board of directors and spokesperson for Diesel Emissions Justice, a lecturer at the University of Paris-Saclay and a specialist in collective actions, confirmed that: “This is the French stage of our pan-European collective action against the Volkswagen group.” Argentina is astonished that Volskwagen has still not compensated the Europeans when dealing with 8.5 million vehicles on the Old Continent.  Maria said that “Out of a total of 11 million cars affected by the cheating software that minimize pollutant emissions during homologation tests, nearly 1 million are in France,”. She also went on to state: “We already represent several thousand people in Europe. If we reach a critical size, this will force Volkswagen to negotiate with us.”

In concrete terms, French consumers who consider themselves aggrieved should give their contact details on the website set up by the foundation, provide a copy of their identity document, and a photo of their vehicle registration document.

If a consumer no longer owns the Volkswagen car concerned, he must send a copy of the purchase contract. By taking these steps, they agree to give the mandate to represent them to the Diesel Emissions Justice Foundation, which will advance the lawyer’s fees and, in the event of victory, will deduct a percentage of the compensation obtained. The French consumer association, Familles Rurales, has decided to support the initiative, as has France Nature Environnement.

Volkswagen hasn’t compensated anyone in Europe

Legally, the action is somewhat different from American class action. It is based on the Dutch rules on collective redress known as WCAM. This system allows a settlement to be declared binding on all injured car owners throughout the European Union, except for those who would expressly refuse it (opt-out mechanism).

“It is important to demand accountability because there has been a deception. At the moment, there is asymmetrical justice. Volkswagen has paid compensations in other countries where consumers have been cheated, but not in Europe,” said Maria José Azar-Baud. For example, in the USA, the manufacturer had to pay more than $27 billion (€25 billion) in compensation for 450,000 vehicles affected. In Australia, the fees amounted to $88 million (€80 million) for 100,000 cars. Finally, in Canada, the German manufacturer agreed to pay $149 million (€135 million) for just over 100,000 vehicles, after pleading guilty to 60 charges of violating environmental laws this Wednesday, January 22nd.

While the manufacturers all regret a “diesel bashing” that jeopardizes thousands of jobs in the sector, the “dieselgate” has completely changed the vision of diesel in the world. “The situation is getting worse and worse. And at the political level, nothing is being done. Yet the fine particles emitted by diesel engines create major health risks, particularly cardiovascular and respiratory problems,” said Anne Lassman-Trappier of France Nature Environnement association. She criticizes the inaction of the public authorities: “There is no will, the so-called ‘Royal’ commission of inquiry has not met since the Macron government took office. It must be reactivated,” she demanded.