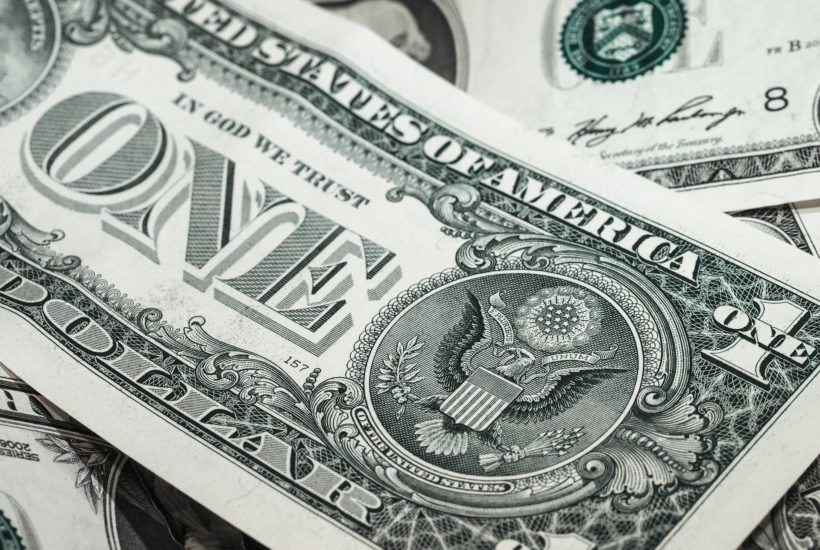 We can all be very confident that there will be no change to monetary policy for a very, very long time. But there is a fiscal cliff coming—and indeed has already begun.

It is clear that Mr. Powell is all-in on his unlimited QE and ZIRP. And, that he is “not even thinking about thinking about raising interest rates.” Therefore, the stock market does not have to worry about a contraction in the rate of money printing any time soon. However, equities could soon plunge due to the crash in the amount of fiscal support offered to the economy.

Of course, I’m all for helping people through this pandemic. But, why are we incentivizing people to remain unemployed by paying them more than they would being gainfully employment? Why did the Treasury send thousands of dollars to families even if they didn’t suffer any damage from the virus? And, why is the Fed printing money to buy junk bonds and making loans to bankrupt businesses?

In any case, in order to prevent the sharp fallout from this fiscal train wreck, Trump and the democrats want yet another round of stimulus to be enacted. The House of Representatives passed the $3 trillion Heroes Act on May 15th, which was dead on arrival to the Senate. Incredibly, President Trump has stated that he wants to spend even more on direct payments to consumers than the democrats on the next round of aid…fiscal prudence has gone extinct in both parties.

But there is good reason for D.C. to panic. The Labor Department reported that the total number of people claiming benefits for unemployment insurance in all programs (including PUA) for the week ending June 13th was 31,491,627, an increase of 916,722 from the week prior. To put this number in context, continuing jobless claims are now 4.7 times higher than they were at the peak of the Great Recession in 2009. To make matter worse, the total number of people claiming benefits in all programs for the week ending June 20 was 32,922,335. This crucial figure is going in the wrong direction. Hopefully, the real continuing claims number will shrink significantly in the near future; but it must get much better just to get back to the worst level during the financial crisis.

There is little doubt something will get done in Washington, as both parties have shown an intense proclivity to spending money. But adding more debt to the insolvent Treasury pile is very dangerous for the world’s reserve currency. And, even if one more round of fiscal prolificacy does get passed, all that will do is temporarily reset the clock on the inevitable fiscal timebomb. The U.S. already has a $4 trillion deficit and $26.5 trillion in National Debt. Our debt has grown to a daunting 850% of revenue.

The problem is, Washington needs to pass another multiple trillion-dollar fiscal boost just to maintain the economic growth rate and to prevent consumer and business balance sheets from suffering further damage. But by doing so, it will pour more incendiary fuel on the Treasury’s balance sheet that is already self-immolating. Making matters worse, the gigantic pile of new debt being added is of the unproductive variety. Meaning, it was not incurred to generate capital goods, but rather merely printed to try and prevent consumption levels from falling off a cliff.

Our government has once again managed to defer the ultimate reconciliation of asset prices and the economy by taking on trillion of dollars in new debt that is primarily monetized by the Fed. But, it has also destroyed any vestiges of capitalism that remained in the process. The markets are now completely dependent on Fed purchases of government and corporate debt, while the economy is completely reliant upon consumers receiving a stipend from Uncle Sam to keep up the pace of consumption. In other words, without exploding deficits that are monetized by our central bank, the whole economy will meltdown in spectacular and devastating fashion.

This is one of the reasons why monitoring the progression or regression of the virus is key. The longer it takes to produce a vaccine (if there is one coming that works and people actually get vaccinated) the further away from recovery the economy gets. And, the more reliant t becomes on continuous massive deficits and helicopter money. This is especially true given the recent surge in new cases and, more importantly, hospitalizations and deaths.

In contrast, the deep state of Wall Street will claim that once the virus dissipates into history, the fiscal and monetary crutches can be safely removed. However, the rate-rebellion that occurred during the fall of 2018 and the REPO crash in the second half of 2019, have already proved beyond a doubt that markets can’t function on their own. This is exactly because asset prices and interest rates have been so egregiously falsified that any move towards mean reversion equates to economic Armageddon. After all, it is virtually impossible for interest rates to normalize in innocuous fashion when normalization entails the 10-year Note surging to 6% from 0.6%.

The Fed is now the 3rd largest holder of the biggest corporate bond ETF (LQD). And, it owns big positions in 15 other corporate bond ETFs–including junk bonds. You can forget about our central bank ever selling these holdings. However, whenever Mr. Powell stops buying these assets, the carnage will begin. Unfortunately, this is the mandatory result that will occur when a record number of insolvent junk bond issuers get to borrow a record amount of money at the lowest rates in history.

A successful money manager needs to stay on top of all these dynamics in order to correctly allocate a portfolio. And, knowing how to navigate these cycles of inflation and deflation is an investor’s only chance for improving their standard of living.