The Governors of African Central Banks maintained there is no Franc CFA crisis, in response to critics of the currency.

What Franc CFA crisis? Those who expected a more open and frank debate will have to wait.

Over the past few days, rumors have started to spread about Carlos Lopes. Lopes was reported to be stepping down from the UN Economic Commission for Africa (UNECA) soon. He said he will lead another fight with a little more freedom of tone. He went out with a bang, stating that “the Franc CFA is obsolete,” despite the advent of the euro.

A bombshell indeed. This happened in the wake of the annual meeting of leaders of the Franc CFA in Paris. The meeting have taken place in Paris for the past 70 years, after the birth of the common currency in West and Central Africa.

“It is not the Franc CFA, which is in crisis. The crisis stems from exogenous shocks that affect our economies,” said Lucas Abaga Nchama, Governor of the Central Bank of Central African States (BEAC), during a press conference. According to officials behind the Franc CFA, the currency used by 15 countries is in a better position to withstand external shocks than other African countries. 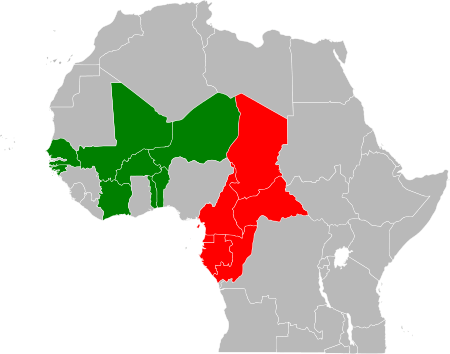 CFA francs are used in 14 countries: 12 formerly French-ruled nations in West and Central Africa, as well as in Guinea-Bissau (a former Portuguese colony) and in Equatorial Guinea (a former Spanish colony). Source: Wikipedia

Blame the economy for the Franc CFA crisis.

“The commodity prices, particularly oil, which negatively impact our economies, are the ones to blame for the current situation,” said Lucas Abaga Nchama in response to criticisms against the Franc CFA currency, which is pegged to the euro by a fixed exchange rate system, and accused by some economists to hinder the development of Africa. In an interview with the Agence France-Presse, the UN deputy secretary general Carlos Lopes estimated earlier this week that the CFA was an “outdated” mechanism of payment that should be called into review.

SEE ALSO  How different African nations are handling the pandemic

A judgment rejected by the Governor of the Central Bank of the Comoros, Mohamed Abdou Chanfiou: “We have the lowest interest rates in sub-Saharan Africa and having low inflation rates also means enjoying lower credit costs compared to other economies.” For Mr. Abaga, the crisis requires above all “structural reforms and adjustments.” “We are pleased that many States have moved in this direction today,” he said after a meeting held ahead of the IMF’s fall meeting next week in Washington. For many among the African intelligentsia, one must see beyond the economy in order to tackle the structural causes, like the strength of the Franc CFA, which makes imports more attractive than local production. In fact, it is the design of the system that makes Africa sensitive to commodity shocks. 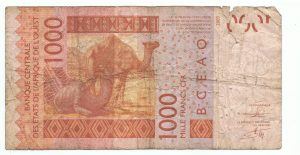 Does this close the debate about the Franc CFA crisis?

French Economy and Finance Minister Michel Sapin called the debate respectable. “France is here to ensure monetary stability and to ensure that a currency that is not her own can make the best out of it, including and especially in such difficult times as the one we are currently experiencing,” he stated.

The franc zone is an economic and monetary zone in sub-Saharan Africa, home to some 155 million inhabitants. It includes 14 sub-Saharan countries such as Benin, Burkina Faso, Ivory Coast, and Senegal, to name a few. The fifth member is the Comoros archipelago.

The common currency in this area since 1945 is the franc CFA. It stands for franc of the African Financial Community, according to the  Economic and Monetary Union of West Africa. It is also the currency of financial cooperation in Central Africa in the Eeconomic and monetary Community of Central Africa. The “CFA”, once pegged to the French franc, has a fixed parity with the euro. This strong link is seen by many as a guarantee of stability.