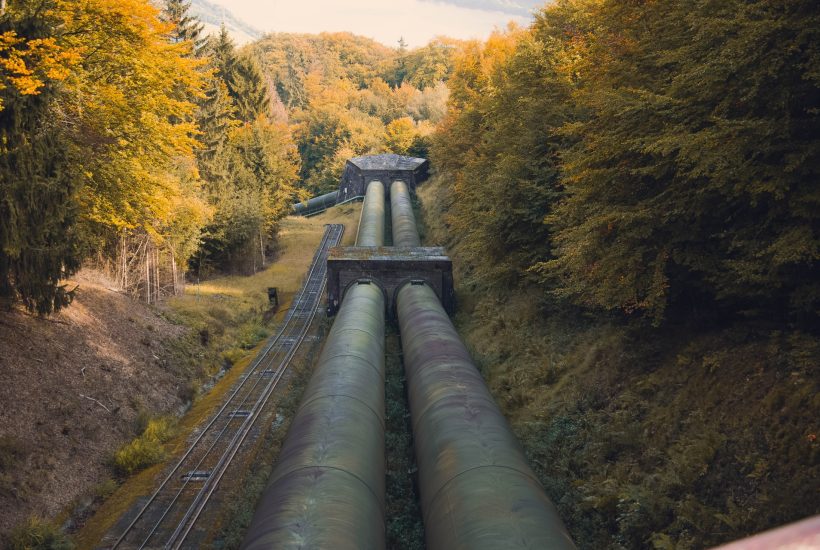 Earlier this week, we reported on a gas pipeline project connecting Spain with the rest of Europe. The stated goal of the project would be to reduce the continent’s dependence on Russian energy, which is presumably a good thing, right?

However, as noted earlier, France has dragged its feet and strongly opposed the project. But the question still remains… Why?

So, What if We Built a Gas Pipeline?

What if we built a gas pipeline crisscrossing the Pyrenees from Spain to France to allow the Iberian Peninsula to send gas to the European countries most threatened by the interruption of trade with Russia? When the prices of said fuel are exploding, and several States of the Old Continent are facing a severe risk of shortage this winter, the question is coming back to the fore.

And for a good reason.

Unlike Germany, which is struggling to eliminate its dependence on Moscow, Spain and Portugal have numerous port infrastructures to receive liquefied natural gas (LNG) transported by ship from the four corners of the world. The two countries could thus redistribute it by pipe to their neighbors most in difficulty, in a logic of European solidarity.

In any case, this is the will expressed by Madrid, Lisbon, and Berlin recently. Indeed, Chancellor Olaf Scholz remarked on Friday that there was a serious lack of infrastructure to help “relieve the [gas] supply situation.”

What’s more, the infrastructure could even be operational within eight to nine months, according to Spain’s gas network, Enagás.

And yet, despite the urgent appeals of its neighbors, France is dragging its feet. “Such a project would, in any case, take many years to be operational, the study and work time for this type of infrastructure always being several years, and would therefore not respond to the current crisis, “argues Agnès Pannier-Runacher, France’s Minister for Energy Transition.

She also notes that “there are already two gas interconnections between France and the Iberian Peninsula, at Birriatou and Larrau, which currently contribute to the security of the European [energy] supply and have been the subject of regular developments over the past 20 years. “

However, what she left out here is that the capacity of these two small gas pipelines is only 8 billion cubic meters per year. Now compare this against the 55 billion for Nord Stream 2 – the Baltic Sea gas pipeline connecting Russia to Germany, which was stopped because of the war.

SEE ALSO  These cloud applications are best for medium-sized businesses

So why are these positions so different?

Competition For the Sale of LNG

The truth is, it would be counter to France’s best interests to allow the construction of a vast gas pipeline connecting the Iberian Peninsula to Central Europe. This is also why the first project to create a third gas pipeline, called MidCat (Midi-Catalonia) and started in 2013 at the initiative of Portugal and Spain, was abandoned in 2019.

“Thanks to this project, Madrid and Lisbon hoped to become a vast LNG export platform in Europe, but a large part of the MidCat infrastructure had to pass through France. However, when a pipe is built, it is, in particular, the country in which it passes that pays. And the French did not want to assume an additional cost for the taxpayer, estimated at 3 billion euros, in order to let the Spaniards come and compete with them in northern Europe,” explains a source close at the time.

The French government says that Europe’s energy crisis does nothing to shift the situation or its position fundamentally. “The setting up of LNG terminals in Northern and Eastern Europe (particularly in Germany) represents a smaller, faster investment if it involves floating terminals, which are better suited to the current context. This is also why the Member States with a seafront have now launched the construction of LNG terminals, which is faster and allows gas to be imported from the Gulf countries or the United States,” emphasizes the Ministry of Energy Transition.

“They argue that it would make more economic sense to put your money into building LNG terminals all over Europe rather than building huge pipes to buy Spanish and Portuguese LNG,” comments Jacques Percebois, economist and director of the Center for Research in Energy Economics and Law (CREDEN).

This is especially so given France intends to make the most of the situation and become an essential gateway for LNG on the continent. “The government intends to build a fourth LNG terminal in Le Havre. The imported LNG will go to Germany if it gets there in time. It is, therefore, a question of ensuring that the gas which would pass through Le Havre would not have to compete with that from Spain,” says Thomas Pellerin-Carlin, an Energy researcher at the Jacques Delors Institute.

Above all, the main bottlenecks would be elsewhere, at the production level: “The main problem is not the possibility of receiving LNG in Europe, but the ability of the whole world to generate it upstream. In this respect, a Franco-Spanish gas pipeline would not solve the problem since it would not be sufficient to cover the extremely high consumption of gas in Central Europe, particularly in Germany, in the event of a disruption in Russian gas deliveries” notes Thomas Pellerin-Carlin.

In fact, supply will not be enough to relieve the explosion in demand before at least 2024, assures the firm Rystad Energy. Apart from the United States, a “driving force, with 22.3 million additional tonnes last year,” total production is growing modestly.

Thus, although global LNG demand is expected to reach 436 million tonnes in 2022, available supply will not exceed 410 million tonnes, according to the analyst firm. Taking into account projects under construction, capacities would increase by only 2% this year, forecasts S&P Global, and by 3% next year. And even by 2026, the planet would only have around a hundred million tonnes of additional LNG. This is enough to push governments to tackle the question of the level of gas consumption, in addition to that of a simple substitution of supply.