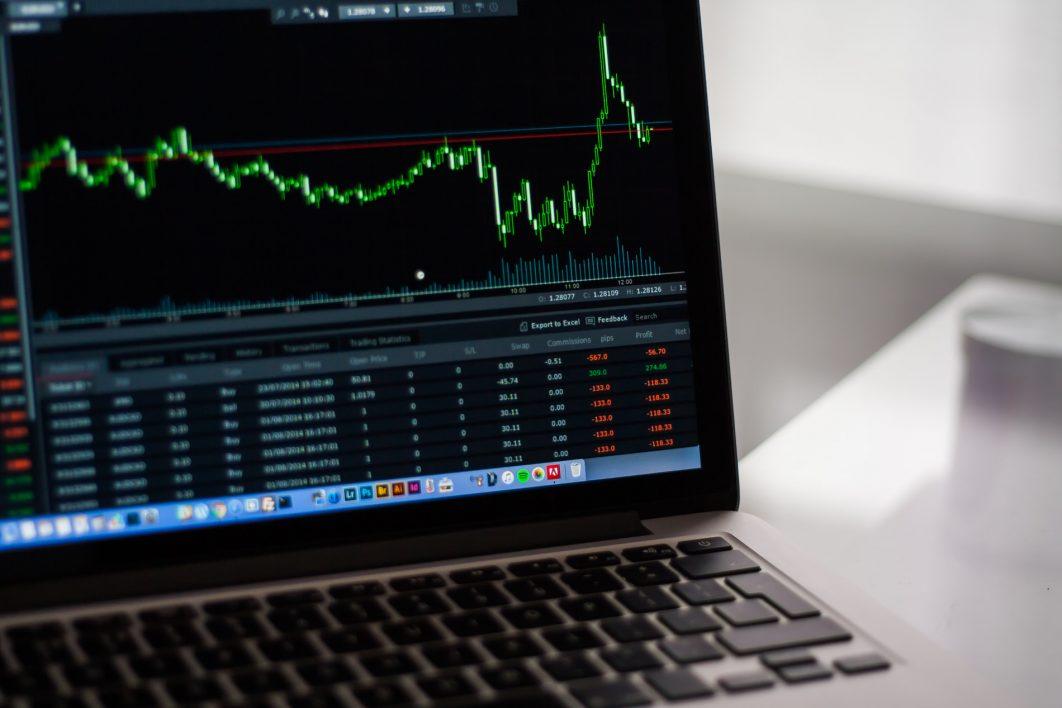 The Stoxx 50 may experience a crash next year. The potential Frexit, i.e. France leaving the Eurozone, may contribute to its destabilization.

Most people watch the FTSE 100, the leading index in the UK, and the German DAX. The former was the first major index in Europe to make a new all-time high as investors rewarded it for Brexit instead of punishing it, counter to expectations. The latter is finally within spitting distance of making a new high. It just needs to rally another 3%.

The problem is, the UK and Germany are not Europe. They’re not even representative of the situation on the continent. Just look at this chart, of the Stoxx 50. Think of it as the Dow of Europe. It holds very large-cap stocks across the Eurozone.

Does this tell a different story or what? 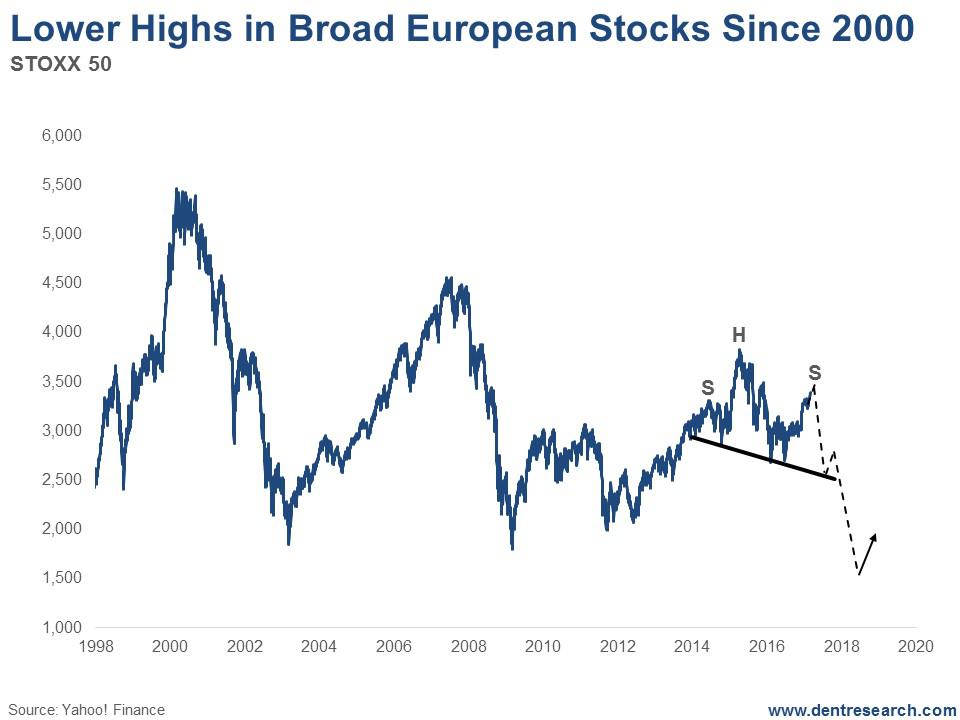 There’s something else on that chart I want you to pay attention to. See the “S”, “H”, and “S” I’ve marked? That’s a potential head-and-shoulders pattern that suggests the next crash will take the index to around 1,400 in the next year or so. That’s 75% off its all-time high in 2000!

So, what’s pulling down this index?

Greece is still bankrupt. And it faces yet another default deadline in July.

Portugal has struggled ever since the euro crisis in 2011.

Spain’s economy is growing a bit faster due to stronger demographics, but its unemployment numbers and real estate market are still in the dumps.

It’s increasingly a cause for concern, what with its far-right candidate, Marine Le Pen, pushing strongly for Frexit. She’s not likely to win, but she’s progressing and 34% of the French are against the euro compared to the 46% who are for it. Sixteen percent are undecided. (That said, very few expected Trump to win either.)

The CAC 40 in France is the chart I’m most watching closely. It’s been trading in a declining wedge since late 1999. 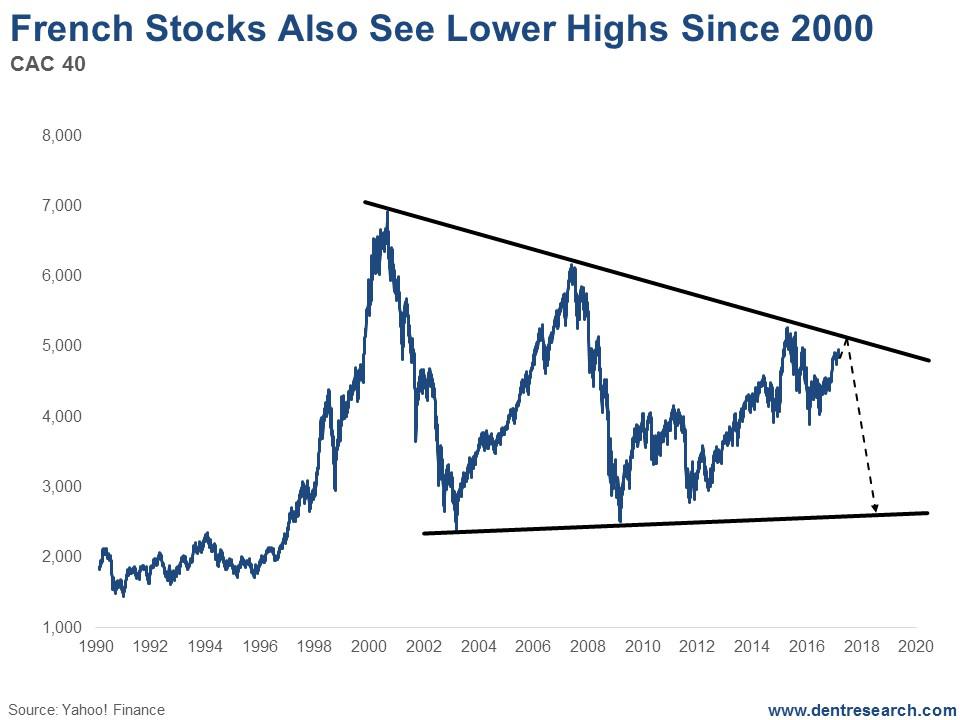 I’m watching this chart because its top trend-line is approaching the 5,200 mark and that could present strong resistance. This could limit France, and much of Europe’s advance in this final bubble rally, to as little as 4%. If the CAC can break cleanly above 5,200, then the next resistance level is all the way up at 6,200. A run that high doesn’t sound as likely given France’s tenuous position in the euro.

My point is that, outside of the UK and Germany, Europe isn’t doing well. Neither is Japan or China, for that matter, both of which are near 50% off their all-time highs.

That means this final orgasmic global rally is largely confined to the large caps in the U.S., Canada, the UK and Germany. And, except for the U.S., most are making just slight new highs. That’s a huge global divergence that doesn’t bode well for this third and final stock bubble.