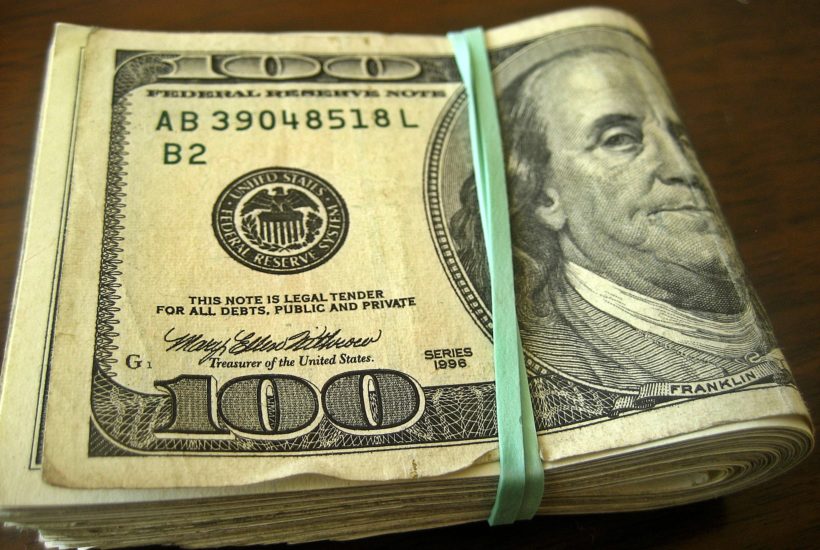 Caution and Disclaimer: The views and opinions expressed in this document are those of the author and do not necessarily represent the views of Born2Invest, its founders, or its employees.

In a recent interview, I referred to the Fed as a disgusting institution. I want to explain why I believe that to be the case, as I do not like to disparage anyone or any entity indiscriminately or capriciously—only when absolutely necessary. To be clear, central bankers may not be nefarious in nature, but their product is iniquitous.

Any entity whose very purpose for existence is to destroy markets is inherently disgusting and, in the end, one that ends up being evil.  At its core, the Fed is Robin-Hood in reverse; stealing from the poor by destroying their purchasing power to give to the rich by inflating their asset prices. The Fed, along with all central banks, are inherently freedom killers, middle-class eviscerators, and economic destabilizers; regardless of stated intentions. If that wasn’t bad enough, the problem now is that the Fed has usurped markets to the point of no return.

The Fed’s very mandate encompasses the unholy operation of obliterating price discovery in its paramount function of determining what money actually costs. This process should only be the purview of the free market.  Of course, the level of interest rates does indeed affect all other asset prices. But the Fed wasn’t content with just an indirect influence on asset prices. It eventually morphed from its initial focus on rescuing troubled banks, to ensuring stable prices and full employment. And then turning to its ultimate purpose of promoting perpetual bull markets in stocks, bonds and real estate. But the Fed isn’t even satisfied with that, it is now actually also in the business of ensuring the U.S. embraces a government that promotes egalitarian socialist principles and rejects its capitalist roots.

This function is by no means exclusive to America. In fact, such views originated in socialist Europe and are clearly manifest in the European Central Bank.

How far from reality and embracing free markets is the ECB?

The President of the ECB, Madame Lagarde, is now claiming that financial conditions are tightening and putting the nascent recovery from the pandemic in jeopardy. The reason for her concern is interest rates…they are simply rising too quickly and are now too high, in her opinion. And the level of interest rates is of so much concern that the ECB wants to stem that rise in bond yields. What is the level of sovereign borrowing costs that are now being deemed detrimental to the European economy? Well, for example, the Spanish 10-year note is 0.3%, and the German 10-year note is negative 0.35%. And, because of these “excessively-high” and “frightening” borrowing costs, the ECB is now front-end loading its 1.8-trillion-euro money-printing scheme. In other words, stepping up the pace of its short-term bond-buying, so more bonds are bought presently rather towards the proposed end of its QE program in March 2022.

This is a perfect example of how warped our fiat monetary system has become. Only in the delusional mind of a socialist central banker could negative borrowing costs be excessive. That’s negative in nominal terms; forget about after adjusting for inflation, which sends those already negative yields much lower.

What about Jerome Powell? For now, rising yields are just representative of a healthy economy. This view was reiterated at the March FOMC meeting and press conference. We have a 1.7% 10-year Note today. But what about once that yield hits 2%+ later this spring or early summer? Will the credit markets continue to function normally; what about the crowded Emerging Markets and short dollar trades? My guess is they will falter as rates breach 2% and lead to an extreme tightening of financial conditions. This is shocking for investors to grasp: if the economy and markets can’t function with benchmark Treasury rates at 2%, what will happen once they normalize to 6-7%?

However, here’s the point: tight financial conditions are coming regardless of what the Fed does. It is unavoidable precisely because of the humongous extent and duration these borrowing costs have been manipulated.

There’s no end in sight for the trap our central bank is in. For without the massive and indiscriminate purchases of the Fed, our Treasury auctions would fail. Meaning, private buyers would only show up after a super spike in yields; but that would render the government insolvent, along with bonds across the entire fixed-income spectrum. To this point, the federal budget gap widened 68% in the first five months of the fiscal year. For the 12 months that ended in February, the deficit totaled $3.5 trillion, or 16.5% of GDP. This, I remind you, is while debt service costs are at a record low and some 500 bps below average. Under a free-market interest rate regime, the deficit would be closer to 35% of GDP! Hence, my conclusion regarding the nefarious trade of central banking is irrefutable.

Our bond market is now in revolt. The conundrum now is that the Fed must continue to print money at a record pace to keep asset bubbles from crashing. However, if central bankers keep monetizing debt in its reckless pursuit of higher inflation, the disruptive move higher in bond yields could become absolutely intractable and catastrophic for these same asset bubbles.

Later on this year, and into 2022, we will be looking at an economy and stock market that will be suffering from higher taxes, higher interest rates on a massively increased corporate and government debt burden and much higher inflation. In addition, there will be a fiscal and monetary cliff of record proportions—the Fed’s announcement to end the record $120b per month QE program and the wearing off of $6 trillion worth of government stimulus handed out y/y from March 2020-March 2021. Also, the efficacy of the vaccines on COVID-19 varients will become manifest. We may be faced with the fact that we will be living with this virus, along with various restrictions and lockdowns even after the vaccines have been fully administered. God forbid this to happen, but we must remain vigilant.

Hence, even if the market survives this late spring early summer’s interest rate spike, we will still have to deal with the eventual reconciliation of these asset bubbles once the record-breaking fiscal and monetary cliff arrives. Investors would be wise to avoid the Deep State of Wall Street’s set-it-and-forget-it portfolios and instead actively manage these wild swings between inflation/growth and deflation/depression.