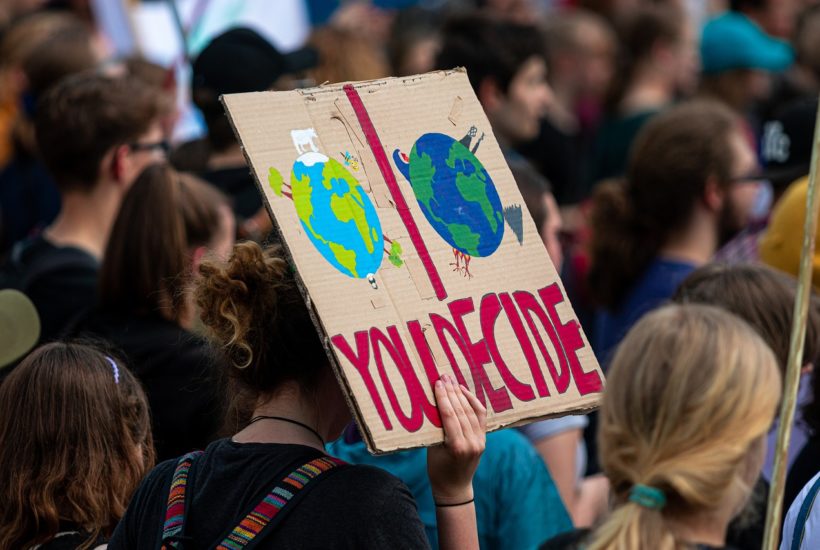 In 2020, the COVID -19 shook the world economic chessboard catching everyone off guard, although not for lack of warning: the World Economic Forum (WEF) already anticipated in its 2019 report that a pandemic was one of the risks that society should prepare for. Now, in its 2022 report, it indicates the threats that will condition the next ten years, from old acquaintances such as climate change or social tensions to the entry into new worlds such as the metaverse or outer space.

Although the threats that occupy the top positions as the main concerns of analysts are at ground level. Inequalities and social breakdown originated by the pandemic and inaction in the climate crisis that may lead to a global failure are the ones that have more points of putting humanity at risk.

Despite the fact that the main threats on a global scale over the next ten years will be caused by climate change, the organization points out that COVID-19 continues to pose a major risk. In addition, the pandemic has undermined the fight against global warming and has exacerbated other issues such as inequality and social fracture, three factors that will be the main drivers of global threats in the next ten years.

The WEF, which has had to postpone its annual meeting in Davos due to the advance of the omicron variant, states that 61.2% of the sources consulted say they are “concerned” about the global outlook, while 23% say they are “very concerned”. At the other extreme, 12.1% of analysts are “positive”, and only 3.7% are “optimistic” about the world’s future.

The world faces a real risk of failing to act on climate action. This is the WEF’s top concern for the next ten years, along with extreme weather events and biodiversity loss, which occupy the top three places on the list.

Although the organization welcomes the fact that the United Nations Conference of Parties (COP26) managed to bring together 197 countries through the Glasgow climate pact, it points out that even by complying with the latest agreements the planet will increase its temperature by two degrees Celsius, thus abandoning the objective of limiting the increase to 1.5 degrees taken in Paris in 2016 and increasing the risk of a disorderly climate transition.

Other top ten risks facing the planet include damage to the human ecosystem and the natural resource crisis. All these risks, which are presented as environmental threats, will be transformed into social threats such as an increase in involuntary migrations, the failure of social services, or an increase in geopolitical tension in the midst of a struggle for raw materials.

Moreover, it will also increase the risk of the only economic factor that is among the top ten concerns of humanity: public debt. Another effect of the climate crisis will be differences between sectors and countries and an energy crisis. The organization claims that without stronger global action, the global capacity to deal with this threat will diminish and the world will become a less livable place. If climate neutrality is not achieved by 2050, WEF claims that the world’s Gross Domestic Product (GDP) will decline by between 4% and 18% with different impacts in different regions.

For the moment, $130 trillion have been committed to achieving climate neutrality.

“The climate transition (…) can be as transformative for the economy and society as the industrial revolution was,” says the WEF. “However, the technological, economic, and social complexity of the changes to be made collide with the slow and insufficient impact of current measures,” added the organization. For this reason, WEF assures that the transition must be made as quickly as possible and from a social approach that leaves no one behind and heats up social tensions.

Before it is over, the Covid-19 crisis is already revealing some of the scars it will generate in humanity. The erosion of social cohesion, the crisis of livelihoods, or the deterioration of mental health are some of the consequences of the pandemic and are among the most relevant risks facing the world in 2022.

One of the manifestations of the hardening of living conditions that the pandemic is leading to is forced migration. To this end, WEF asserts that greater international cooperation is required to manage the flow of migrants to generate more efficient and orderly migration channels.

The organization urges to find an orderly way of management and points out that by 2050 there will be up to 200 million climate refugees and, citing the World Bank, assures that migration can be “the most effective way to reduce poverty and share prosperity.”

Increased traffic in space brings a risk of congestion and an increase in space junk Risks beyond the ground: the space race and the metaverse

The WEF has placed among the threats to keep under the visor, as was the global pandemic in 2019, digital dependency and its vulnerability, and the space race. The growing interest of countries and private companies in outer space may lead to increase global tensions and militarized space.

With a record number of launches last year, space is becoming increasingly crowded and it is getting cheaper and cheaper to launch objects to orbit the Earth. Many companies are using tools that go beyond the Earth’s surface to accumulate data on power generation, manufacturing, mining, or tourism. Increased traffic in space leads to a risk of congestion and an increase in space junk, and with it the risk of collision.

For its part, the organization points out that over the last twenty years the number of companies relying on technology to function has multiplied dramatically, something that has increased even more and teleworking. For the future, WEF notes that society will enter another degree of connectivity built through the blockchain and one of its most disruptive manifestations will be the metaverse.

At greater exposure, vulnerabilities on the digital plane will increase. With that, the organization notes that they must build normal and define rules of behavior that all stakeholders in cyberspace must abide by. “Initiatives should focus on emerging technologies such as blockchain and quantum and artificial intelligence, as well as digital exchange worlds such as the metaverse.

(Featured Image by dmncwndrlch via Pixabay)