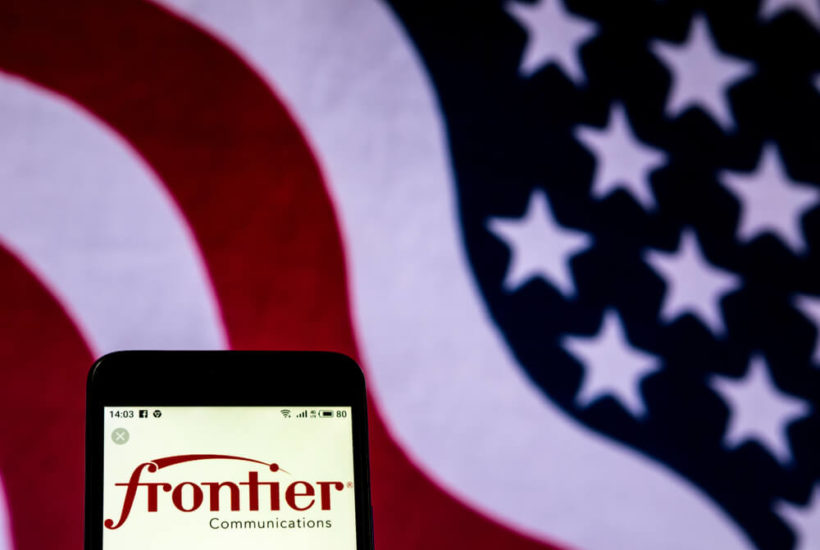 Shares of Frontier Communications (NASDAQ: FTR) have been trending down for the better part of the past two years now. It posted stable revenues and a slight improvement in its churn rate in Q4, but the telecom firm lost subscribers across all three of its service offerings—broadband, voice and DISH— at the end of the period. Frontier would have to deliver operational growth to be considered investable once again.

Frontier’s problems started when it acquired CTF properties from Verizon back in 2015 for $10.54 billion. The latter managed to divest its assets at a fairly good price, but the former was never actually able to reap the benefits out of this sizable buyout. Frontier’s subscriber base erosion accelerated, and although its management undertook several plans and strategies, its paying customers continued to leave.

A consumer complaints forum highlights that Frontier’s subscribers continue to face a myriad of issues relating to service quality, ranging from faulty billing, unsupportive tech staff, or forced disconnections. So it’s really no wonder why the telecom stalwart is facing such an acute subscriber base erosion across all three of its service offerings.

Granted, its last earnings report wasn’t absolutely terrible, but it lacked in operational growth nonetheless. For instance, Frontier posted stable revenues on a sequential basis which was quite surprising, since the business lost subscribers across all three of its service offerings.

Furthermore, Frontier went on to report a sequential improvement in its churn rate. The metric is essentially the gross rate of subscriber base erosion, before factoring the impact of subscriber adds. This was another key highlight of its Q4 earnings report as it suggested that the company may have started to turn things around. The magnitude of improvement was minuscule, but it indicated that the metric isn’t plateauing at least.

Its Q4 earnings report was quite eventful to say the least. The company became a hot topic of discussion in many investing forums, and long-side investors rejoiced that Frontier was finally showing signs of recovery. Nevertheless, it is still yet to show signs of operational growth that would corroborate that it is actually in the process of turning things around in a meaningful way.

For starters, Frontier posted revenue stabilization, but it had lost subscribers as well. How is that even possible? Well, the telecom stalwart posted an improvement in its ARPU which pretty much prevented its revenue from plunging once again on both sequential and on a year-on-year basis. This type of stabilization may provide a one-time boost to the company’s financials but it doesn’t inspire confidence for investors with a long-term outlook.

The problem with hiking prices and cost-cutting measures is that there’s only so much that a company can do before it runs out of room on improving on either of the areas. In the case of Frontier Communications, investors can’t really expect its ARPUs to increase every quarter. Sooner or later, the company would run out of room and its prices would stabilize, like they’ve remained stable for the past few quarters. Once that happens, what would prevent Frontier’s revenue from falling once again?

Secondly, Frontier’s management guided its FY19 adjusted EBITDA to be between $3.45 and $3.55 billion, equating to a mid-point guidance of $3.5 billion. This is actually lower than the company’s adjusted EBITDA of $3.56 billion in FY18. So, the company is essentially baking in business deterioration, in spite of its ongoing $500 million-worth of cost saving program and its recent ARPU increases. This is another discouraging sign for Frontier’s long-side investors as it indicates that the company isn’t bottoming out yet.

The telecom firm should either post sustainable improvement in its financials or deliver meaningful operational growth to be considered as a viable turnaround stock, and it seems like it’s doing neither of them, at least not yet. The chart attached below highlights that Frontier has actually experienced the worst subscriber base erosions amongst other notable names in the broadband industry.

One way to alleviate subscriber losses would be if Frontier upgraded its ageing copper network with fiber and provided its users the best possible user experience. However, that’s a very long-drawn and capital-intensive process. The cost of laying down new fiber fluctuates with how much ground-work is actually needed (digging yards, stripping open walls etc.) to lay down the fiber. That process of cost evaluation in itself could take many months. Besides, Frontier is already spending most of its operating cash flows on capital expenditures so there may not be much room to meaningfully hike its growth-related spending.

Well, things are certainly out of the hands of retail investors. The company has been on a downward trajectory – both operationally and financially – and investors can, at best, adjust their portfolios accordingly when the company hosts its Q1 earnings call on April 30.

Frontier managed to beat the Street’s estimates in its Q4 earnings report but that was largely driven by a boost to its ARPU which isn’t necessarily recurring in nature. Therefore, investors should look for signs of operational growth, such as improvements in its subscriber base adds or a notable drop in its churn rate. These items stand to determine how the company and its shares would head next, over the longer run.

(Featured image by IgorGolovniov via Shutterstock)

Business Quant is a platform to get granular financial intelligence on U.S-listed securities. Our data-points, analytics and data sets are curated by experienced analysts to give you an edge in investing.