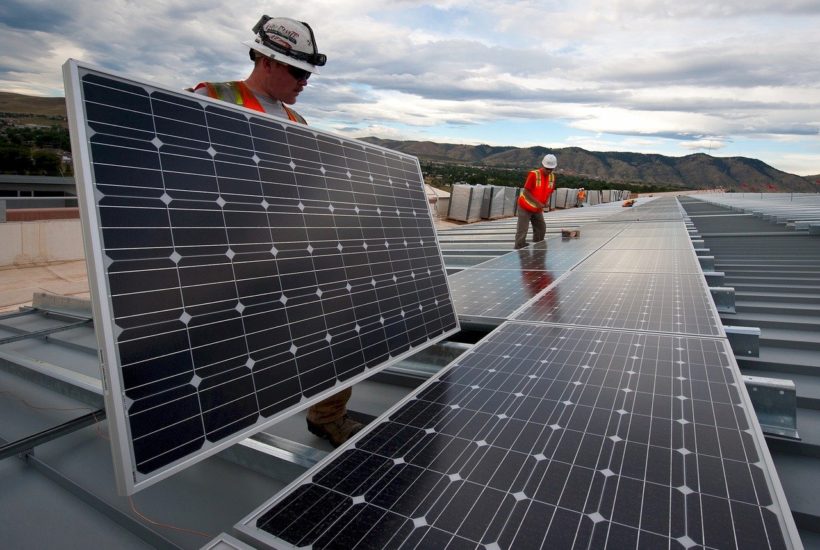 Who would have thought that the company Fruitbox Africa, founded in Ethiopia in 2014 by the Frankfurt business lawyer, would one day attract the attention of twelve African heads of state and government plus Chancellor Angela Merkel.

At the “Compact with Africa” conference on Tuesday, October 13th  in Berlin, Hartmann was able to present his farm project as an example of investment in Ethiopia – together with Siemens CEO Joe Kaeser. With the support of the technology group, the 48-year-old from Frankfurt now wants to provide a further boost to development in the southern region of Wolayita.

Five years ago, Hartmann purchased 300 hectares not far from the city of Sodo, including water rights for use for 45 years. Since then, the company Fruitbox Africa, which Hartmann founded with three German partners, has invested around $2.1 million (€1.8 million) in the construction of a farm. In the fields, he grows tomatoes, broccoli, eggplants, cucumbers, okra, peppers, zucchini, onions, and papaya for the regional market. Every week he delivers around 20 tons of fruit and vegetables – as far as Addis Ababa, a good 300 kilometers away.

Read more about the investments that Siemens is committed to do in Ethiopia and find the most important economic news in the world with the Born2Invest mobile app.

The fertile land had been lying fallow for years. And Hartmann wanted to prove that it is possible to invest successfully in Africa “with social responsibility.” Fruitbox now employs 150 men and women – 70 of them permanently, about 80 as seasonal workers. He pays the employees better than other employers in the region, pays into a pension fund for his people and offers them free meals, according to Hartmann. All managers – business economists and agricultural experts – are Ethiopians.

Creating jobs, training young people, offering them prospects and opening up regional markets – Hartmann believes this is the only sustainable development model for a country like Ethiopia, whose agriculture must become more productive in order to feed its growing population. “You have to build up a network of economic activities to move things forward.”

Vision of a business park in Africa

He now wants to take his project to the next level in cooperation with Siemens as part of the “Compact with Africa”: The farm and the neighboring community are to be electrified. Siemens, which is already active in the region to build a plant to transmit high-voltage electricity between Ethiopia and Kenya, is planning a solar power plant with a capacity of 500-kilowatt hours not far from Hartmann’s farm. Fruitbox Africa is to receive one half of the power, and the other half is to go to the neighboring village, explained Sabine Dall’Omo, Siemens head for Southern Africa, in an interview with FR.

Hartmann sees several effects for sustainable development. He could develop without the diesel generators for the pumps used for irrigation, and cultivate more land – so far only around 60 of the 300 Fruitbox hectares have been planted. “We could then employ another 200 people.”

But the solar power plant also has direct employment effects, explained Dall’Omo. The solar plant is to be transferred to the local authority, which will then sell the electricity to Hartmann. In cooperation with the Wolaita Sodo University, Siemens therefore wants to train Ethiopians to become skilled workers who can maintain the power plant.

Siemens will invest $585,750 (€500,000), said Dall’Omo. The amount of money from the investment fund within the framework of the “Compact with Africa” initiative is still open. If Dall’Omo has his way, the project in Sodo could become a blueprint for supplying rural regions of Ethiopia with clean energy. For 56 percent of the people in the East African country still have no access to electricity.

Hartmann hopes that the power supply will give a boost to development in the area surrounding his farm. “My vision is a small start-up park,” said the man from Frankfurt. He is thinking, for example, of Ethiopians who are starting out in honey production or processing papayas or mangoes. For his own farm, he dreams of a refrigerated warehouse. There the harvest could be stored for a longer period of time before it is delivered fresh to markets and hotels.

(Featured image by skeeze via Pixabay)

First published in FrankfurterRundschau, a third-party contributor translated and adapted the article from the original. In case of discrepancy, the original will prevail.