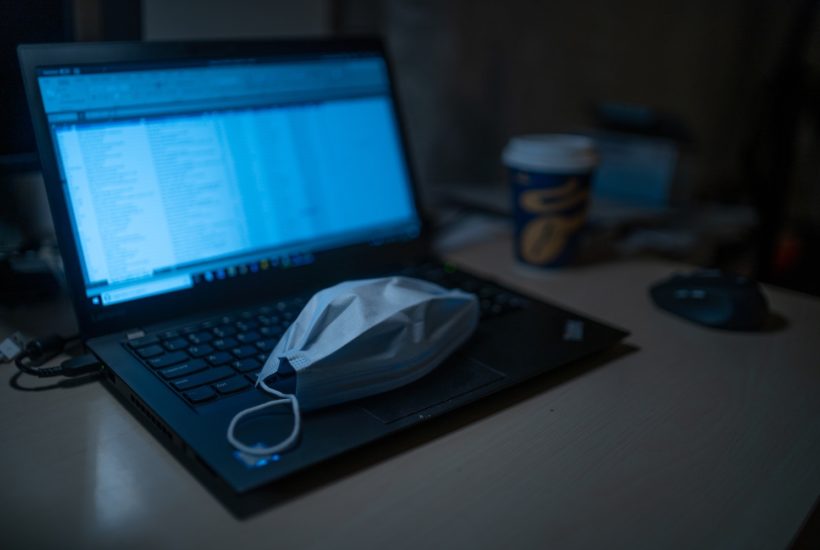 In the face of the coronavirus emergency, not only the fundraising campaigns of Chiara Ferragni and Fedez, or the donations of the designer Giorgio Armani and the Esselunga chain are worth mentioning. There are hundreds of crowdfunding campaigns and donations that citizens are making to help hospitals.

If the Lombardy Region has opened an ad hoc account for those who want to donate, Atalanta fans have allocated the bus fee, that would have been needed to go and see the match against Udinese at the end of March, to the Giovanni XXIII hospital in Bergamo.

For the latest financial headlines, international news, and the effects of the coronavirus crisis on stock markets, see our Born2Invest app to stay up to date.

Dozens of spontaneous campaigns on the GoFundMe platform

There are many “institutional” ways to support healthcare companies. It is enough to go to the websites of the individual facilities to find out how: for example, the Policlinico di Milano provides the forms online. Alongside this, however, there are dozens of spontaneous campaigns on the GoFundMe platform, the same one used by Chiara Ferragni and Fedez for their fundraising.

They range from the appeal to support the intensive care unit of Sant’Anna di Como to the hospitals in Cremona, Savona, and Viterbo.

A boom of donations in Lombardy

A real boom of donations was recorded in Lombardy in the last period. On March 9th, the Region announced the activation of the current account “Regione Lombardia-Sostegno emergenza Coronavirus” to answer “thousands of phone calls and emails from citizens and entrepreneurs eager to offer their contribution,” explained Governor Attilio Fontana.

Moreover, the Asst Bergamo Ovest and the Asst Monza have been organized. The territorial health company of Brianza started a fundraising campaign “given the numerous requests of people, associations, private companies that want to support us by donating money or equipment.”

“All donations will be accounted for up to a single cent,” assured Governor Fontana. “The number of donations received will be constantly communicated on the company website, with the updated amount and the objectives achieved,” explained Asst Monza. While Peter Assembergs, general manager of Asst Bergamo Ovest, specified: “Since we are not a non-profit organization the donations cannot be deducted from the tax return, but if the donor will provide his details and an address, he will receive the receipt certifying the payment.” References to provide feedback to benefactors (name, surname, tax code and email or telephone contact) are also requested by Asst Monza. “On this occasion, the Lombards have demonstrated their great heart,” said Fontana.

In the meantime, in this difficult period, there are many gestures of solidarity. Two restaurateurs donated 20 pizzas each to the Treviglio Emergency Room in the Bergamo area to thank the doctors and nurses on duty for several hours. Dozens of brioches were also delivered to the hospitals. While a banner outside the Emergency Room pays homage to “Our heroes.”

Civil Protection – The web platforms Oval, Walliance, Iquii, Copernicans, Mitobit, Starteed, and Two Hundred have instead launched the #IoRestoACasa initiative. It provides not only a communication project to raise awareness about not going out, but also a fundraiser for Civil Protection. The campaign “is involving all platforms, driven by the great power of amplification and synergy that has been created between the promoters of the project, united for a single purpose. The collection is managed by the non-profit organization Save the planet.”

The campaign for the Cotugno Hospital in Naples was launched by Federica De Masi, a 23-year-old medical student, on the GoFundMe platform and, in 24 hours, it reached $224,957 (€200,000). “I’m worried and I decided to act instinctively,” said Federica. “I chose this hospital because it is our point of reference as the site of infectious diseases in Naples, and I think it needs material support. We are not in Lombardy, we are in Campania, and we must make sure that we are supported because we do not have the materials or the equipment to fight this epidemic.”

Parma Calcio donated $28,128 (€25,000) for the crowdfunding campaign called “The strongest team in Parma – Infectious diseases department,” meant to support the Hospital of Parma. A similar campaign was launched, again for the Parma facility, on the GoFundMe website by “a group of students, mostly from Medicine and Surgery”: “We thought to create this fundraiser to support the Intensive Care Unit. At a time of emergency like the one we are facing today, doctors, nurses, and hospital staff are doing everything in their power.” The fundraising reached almost $224,957 (€200,000), in less than 24 hours, the maximum goal that the students had set.

The campaign for the Niguarda Hospital in Milan was launched by Chiara Villa and, in 24 hours, has amounted to $168,397 (€150,000). The initiative is supported by the same health facility and the funds will be paid directly into the hospital account. “We are private citizens who want to support excellence, not only Italian but also international, in this period of breathlessness,” explained the promoters.

In 24 hours, $112,235 (€100,000) was collected to support Sant’Anna Hospital in Como, by the Provincial Foundation of the Comasca Community onlus on the GoFundMe platform. The aim is to finance the intensive care of the Sant’Anna Hospital in Como. “The coronavirus is an invisible enemy difficult to recognize and even more difficult to fight,” it’s written on the campaign’s page. “We must arm ourselves with common sense and responsibility. Let’s help our city, let’s help the beating heart of this emergency.”

Aiga, the association of young lawyers and the periodical Avvocati, have launched a fundraising campaign to support the National Institute of Infectious Diseases Lazzaro Spallanzani, “a symbol of health excellence both in clinical activity and scientific research, and engaged in the front line in the treatment of Covid 19.” “We have to make ourselves an active part and promoters of support to those who fight day and night to overcome this very serious emergency. A very small donation can help research and speed up the development of a vaccine that can help infected patients,” they said in a note inviting all lawyers to do their part.

First published in ilfattoquotidiano.it, a third-party contributor translated and adapted the article from the original. In case of discrepancy, the original will prevail.