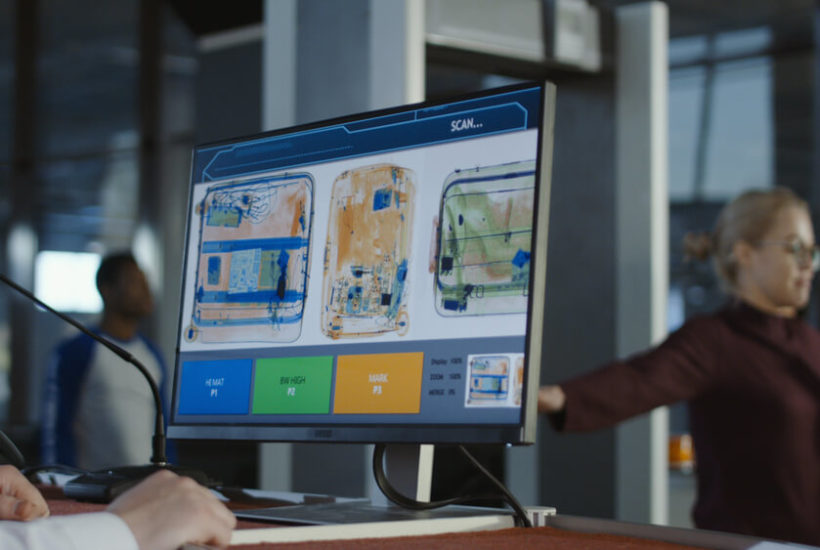 The screenings of tomorrow could be unlike anything you can imagine — fast, easy, and maybe even friendly. At least that’s the assessment of experts.

In the coming months, observers say, new biometric and other technology could fundamentally change the way the Transportation Security Administration (TSA) handles screenings. But privacy advocates say technology might create more problems than it solves.

Passengers, meanwhile, have their own ideas about how to fix the TSA — ideas that involve bringing common sense and politeness back to the screening process.

Even so, it’s difficult to write off the new technology and its promises. Late last year, for example, Delta Air Lines introduced its first “biometric” terminal at Hartsfield-Jackson Atlanta International Airport. Technology developed with the TSA and U.S. Customs and Border Protection (CBP) scans passengers’ faces and verifies their identities. With the biometric ID system, as with TSA PreCheck, passengers don’t have to remove computers from their bags during screening.

In Los Angeles, the TSA and the Los Angeles County Metropolitan Transportation Authority began deploying advanced passenger-screening technology last year. The portable terahertz millimeter-wave screening devices can detect weapons and other security threats by identifying objects that block the heat that radiates from the body.

If these technologies catch on, it’s not difficult to imagine a near future without long security lines, invasive searches or full body scans. The new security checkpoint may not be a checkpoint at all but a secure area passengers walk through without breaking stride.

“With a facial-recognition system, there would be no need for a TSA agent to check your ID,” says Marios Savvides, director of the CyLab Biometrics Center at Carnegie Mellon University. “The system captures an individual’s iris and full face as they walk by.”

That’s an exciting future, and it could happen soon. Outside the United States, biometric technology is common. Andrew Coggins, a professor at Pace University’s Lubin School of Business, just returned from China, and he reports widespread use of biometric technology there to track visitors.

“When I landed in Shanghai, I had to go to a kiosk where fingerprints of both hands, passport, and my photo were all collected,” Coggins says. “From there, I went to immigration control. When I got to my hotel, my picture was taken and matched to the data collected at the airport.”

But is that really what passengers want?

Some critics are concerned about the privacy implications of biometric technology. They say federal law offers few protections from or restrictions on the use of biometrics such as facial recognition. Last year, the nonprofit Electronic Privacy Information Center filed Freedom of Information Act requests seeking details about the government’s secretive biometrics program. 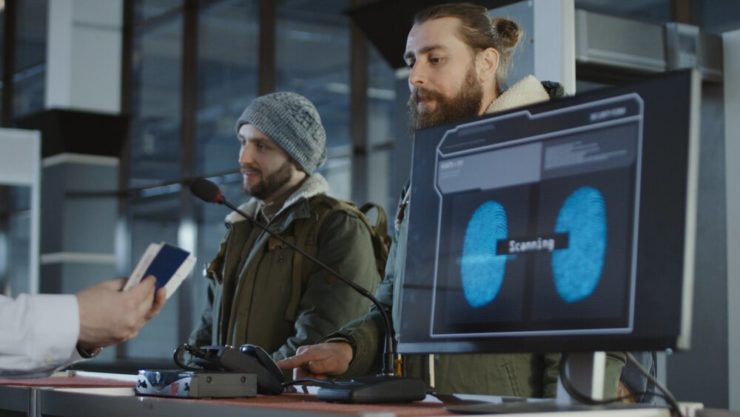 According to observers, biometric and other related technology could change how the TSA handles screenings. (Image by FrameStockFootages via Shutterstock)

Freedom to Travel USA, a group that advocates for travelers, is concerned about this fast-emerging future. It’s pushing for better data security and for new rules governing the implementation of biometric screening to protect travelers from false positive alerts for security threats. It also wants a study on terahertz millimeter-wave devices before they’re installed in airports.

“Travelers should be very concerned with being photographed and scanned at airports — or anywhere else, for that matter, when it is done indiscriminately to the masses as proposed,” says Wendy Thomson, a spokeswoman for the group.

Passengers are also concerned about the practicalities of screening. Customer satisfaction with airports was up last year, according to the latest report from J.D. Power, a market research company. Overall passenger satisfaction rose to 761 on a 1,000-point scale, 12 points higher than the previous year’s results. That included a jump in passenger satisfaction with security screening, mainly attributable to improved communication and cooperation between airport and TSA staff, according to J.D. Power. But passengers say they’re still far from happy with the screening process and see plenty of room for improvement.

For example, some air travelers take issue with the way TSA screeners treat passengers. They complain that screeners are impolite and enforce the rules unevenly. “Maybe the TSA should hire screeners with maturity, who know how to interact with people, and who are not so arrogant,” says Shirley Kroot, a retired real estate appraiser from Huntley, Ill.

Durant Imboden, a Minneapolis-based frequent flier who edits a website about travel to Europe, says the TSA should reexamine its rules before overhauling screening practices.

He points to exceptions made for passengers over 75, who don’t have to remove their shoes or laptops during screening, and for members of the military, who may use the expedited TSA PreCheck line. “Obviously, the TSA can’t really believe that nobody over 75 is capable of wearing explosive shoe soles, or that no member of the military is a potential security threat,” he says. “So why the take-off-your-shoes, take-out-your-laptop, and show-your-liquids rules for ordinary folks?”

Questions like Imboden’s have been put to and answered by the TSA. While the agency doesn’t comment on specific security measures or the reasons for them, it relies on “unpredictable” tactics to protect the country’s transportation systems.

Apparently, the bottom line for passengers is that the TSA should answer a few more fundamental questions before it starts to improve its screening systems with new technology. Are the screening rules effective? Do TSA agents need customer service training? Could the agency benefit from a little more consistency with its screening procedures?

If the agency answered those questions before investing in the latest biometric technology or scanners, maybe tomorrow’s airport screenings would be markedly better than today’s.

(Featured image by FrameStockFootages via Shutterstock)