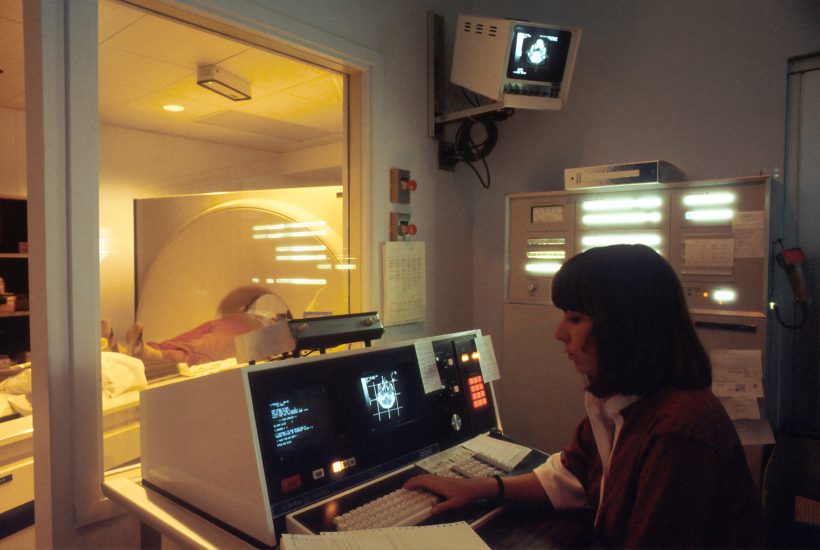 The Minister of Health, Julio García Comesaña, has visited, together with the territorial delegate of the Xunta in Lugo, Javier Arias, and the management team of the health area, the facilities where the team is located and the personnel who will work with it. The University Complex of Santiago de Compostela has also installed its equipment and is beginning to train professionals in its use and application in the first patients, while the remaining health areas will do their own throughout 2023.

The improvement brought about by spectral technology makes it possible to offer diagnoses with greater confidence and with a 50% dose reduction without losing image quality. This technology provides information on tissue characterization, and improved contrast between tissues, and resolution, thus allowing the detection of smaller lesions, of great importance in oncological monitoring and in the diagnosis of cardiac pathology.

Read mor eon the subject and discover the world’s most interesting business headlines with the mobile app Born2Invest. The app provides its readers access to the latest news in global business, stock market, finance news, and also trending topics like bitcoin, cryptocurrency, and biotech.

Galicia complements the European funds received with €4.8 million of its own funds

The value for which these seven pieces of equipment were acquired exceeds €8.2 million and their acquisition was part of the health technology renovation process that the Galician Government carried out in 2022 channeling Next Generation European funds.

SEE ALSO  Are you prepared for the next airline IT outage?

The Xunta decided to complement the European funds received with €4.8 million of its own funds (almost 60% of the award amount) to be able to access these seven top-of-the-range technological equipment and install them in all Galician health areas.

In particular,  the Hula CT equipment with spectral technology was acquired for an amount of €968,888 from the company Siemens Healthcare and is part of the set of seven new high-tech equipment. In addition to this TAC, the Galician Executive acquired a new gamma camera and two other new TACs for the Hula. In the field of technology that is incorporated into the hospital for the first time, this week the first brachytherapy equipment that the Lugo hospital will have was received, after an investment of nearly €500,000.

Throughout this year, the Lugo health area will also be equipped with its first PET-CT equipment, which makes it possible to carry out more precise diagnostic imaging tests and will avoid displacements to other health areas. The team represents an investment of €2.3 million.

Likewise, new interventional neurovascular radiology equipment was acquired for this hospital for more than €1.2 million, which represents a novelty for Hula and will allow pathologies that until now were referred to other health centers to be treated in the province. such as performing thrombectomies in the acute phase of stroke.