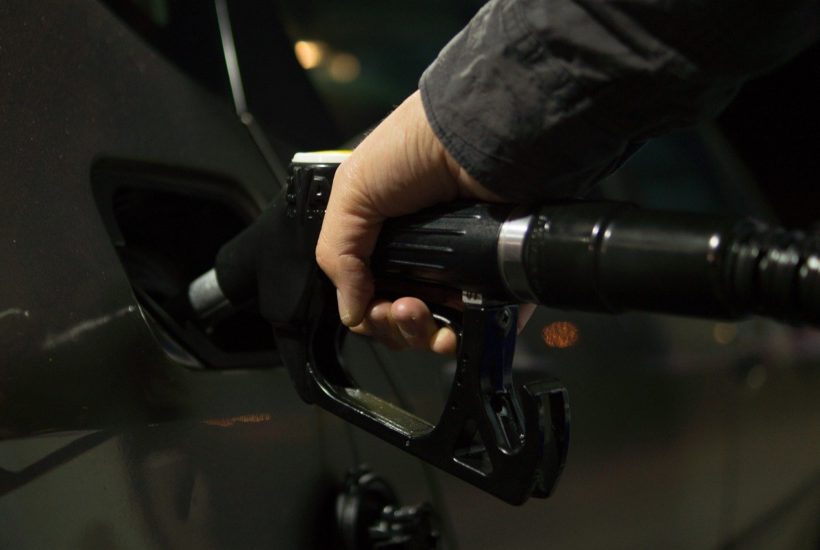 Spaniards are now paying for the increase in the price of electricity, which is now at historic highs after a May with the kilowatt going through the roof. However, it is not only the electricity bill that has risen. The cost of fuels has been rising since the beginning of the year, but the increase in the price of oil derivatives has been occurring since the end of the confinement, just one year ago.

Specifically, the cost of gasoline for users has increased by 24% since the same week last year with respect to this halfway point of 2021. According to data provided by the European Union Oil Bulletin, gasoline in Spain stands at $1.65 (€1.35) per liter. Just a year ago, the same amount stood at $1.33 (€1.09).

So far this year, the average price of a liter of gasoline has risen by 12.6%, while that of diesel has risen by more than 11.5%. The same happens with diesel, a petroleum derivative on which more taxes will be levied because it is more polluting. Specifically, diesel has gone from costing $1.11 (€0.91) in the first week of June last year to $1.48 (€1.21), which is the European Union’s Oil Bulletin, which is updated every week.

Read more on the subject and find the latest economic news with our companion app Born2Invest.

However, the price set at some gas stations is much higher

This scenario has resulted in us seeing mid-2019 digits, a time when fuel prices usually rise due to higher demand thanks to summer travel. In addition, they have now surpassed pre-coronavirus pandemic levels, a time when they plunged due to low demand from severe confinement in almost the entire world.

The Organization of Consumers and Users (OCU) recently warned that, if this upward trend in the fuel market continues, it could mean an extra cost of $219 (€180) for car users in Spain.

It should be remembered that the end customer has to pay more than 50% in taxes. Other fixed costs such as reserves, storage, and marketing of gasoline and other petroleum products also play a role.

Oil prices expected to skyrocket in Spain this summer

But far from solving the problem, a summer with sky-high prices is predicted, so filling up the tank to enjoy the vacations will be more expensive than in other years. A perfect storm is raging over Brent barrels, the benchmark in Europe, and West Texas Intermediate (WTI), the benchmark in the United States.

SEE ALSO  Why you should visit the Greek islands this summer

Joe Biden, President of the United States, signed an executive order this Tuesday, June 1st, to suspend oil and gas leases in the Arctic National Wildlife Refuge, so drilling for crude oil will be banned. It should be recalled that Donald Trump gave the go-ahead for this technique, home to hundreds of thousands of caribou and migratory waterfowl, as well as polar bears in the southern Beaufort Sea, just half a month before the new White House tenant took office.

Drilling in this region is essential for the United States because it is one of the country’s supply routes, and the world power would have to rely on imports to meet demand.

On the other hand, the OPEC+ countries, an association of the main oil extracting countries, agreed on the new bases of the road map for the normalization of the sector’s markets. Thus, the cartel decided to increase pumping by 2.1 million barrels per day. Months ago, at the height of the collapse in the price of crude -which reached negative levels- the cartel agreed to reduce its production by almost ten million barrels a day in order to increase the price.

A framework that is not very conducive to discounts

The regulatory framework is also not helping the price of gasoline and diesel to fall. The price for emitting carbon dioxide emissions in Europe is at an all-time high $61 (€50 per ton).

Arianna Fox, European equity analyst at Schroders, explains that “rising carbon prices make energy from fossil fuels more expensive. At the same time, it makes green energy – such as wind or solar – more competitive, which should encourage a change in the behavior of consumers and suppliers”.

On the other hand, this Tuesday the Council of Ministers approved the National Fund for the Sustainability of the Electricity System (FNSSE), which aims to eliminate the cost of financing the electricity bill, which is paid directly by consumers on a regular basis. Now, it will be the energy companies that will assume these charges and it will be the companies that emit the most CO2 emissions that will have to contribute the most to the piggy bank. The Government, according to its forecasts, wants to collect up to $8.5 billion (€7 billion).

The National Commission for Markets and Competition stated in a recently published report that this distribution will have an impact on the final price of energy consumers, to the extent that gas and electricity marketers, wholesale operators and distributors of LPG and petroleum products will transfer this cost or part of it to the final price paid by the consumer.

At the same time, the Government is proposing other taxes on fossil fuels. In the ‘Recovery and Resilience Plan’ sent to Brussels recently, the Executive explains that it wants to review taxes on gasoline or diesel.

“The bonuses on hydrocarbons used as fuel will be reviewed. The objective is to deepen in the design of green taxation that contributes to sustainability, protecting the environment as a tool to fight against climate change and also to meet the commitments assumed internationally,” is extracted from the text sent to the European Union.