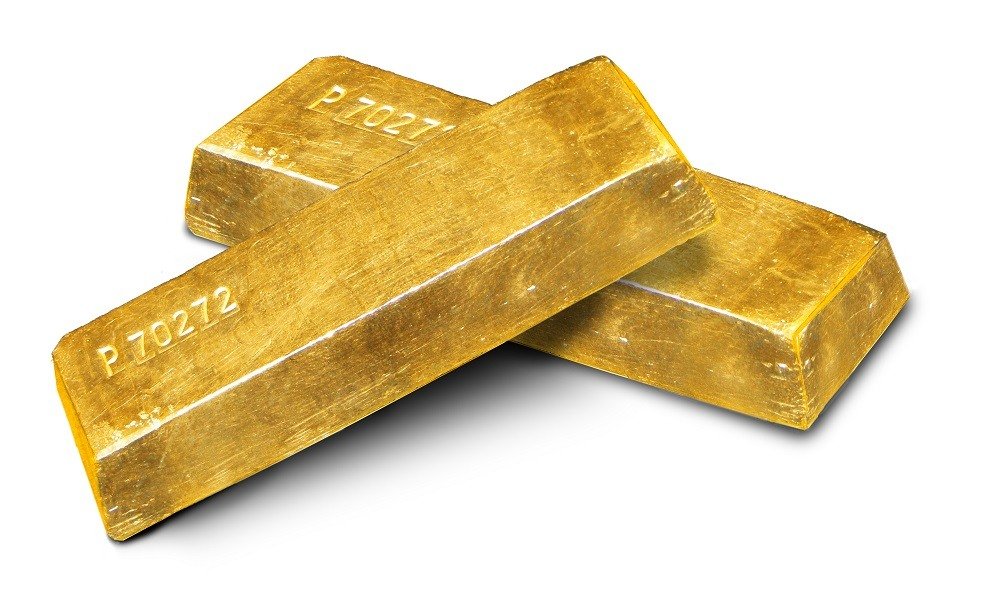 Many factors can shape the precious metals market. Here are two which are considered essential for the current gold global prices and progress.

This year gold’s fortunes will be influenced by the actions of the central bankers and the geopolitical chaos which is simmering in various parts of the world. We are all aware that there are many factors that influence the precious metals sector; however, today we will only look at these two as I believe they are the dominant factors.

Janet Yellen’s speech on Friday referred to possible rate hikes being implemented sooner rather than later as economic conditions would appear to have improved. Also, note that inflation had popped above 2% for the first time in 2½ years which can be construed as an additional reason for the Federal Reserve to lift interest rates progressively this year.

The market is now pricing in a 50% plus chance of a hike at the next FOMC Meeting being held on 14th/15th March 2017. This action has the ability to boost the value of the US Dollar and as gold has an inverse relationship with the dollar then we would expect gold’s progress to be hampered if not reversed. The rate hikes can have a long lasting effect or they can be short lived, a lot depends on the rhetoric surrounding them; if it sounds as though we are to expect two or even three hikes this year then gold will come under pressure. However, if we are to remain ‘data driven’ and there is nothing conclusive regarding further hikes, then gold may take this one off hit and then resume its trek north. For example in December 2015, gold dropped 2% of its prior to the hike and but then recovered and put on 2.6% during the month following the hike. So we might have seen the worst or gold may suffer a tad more, we won’t know until the 15th march.

Other central bankers may wish to follow the Feds moves; however, their economies may be too fragile for such a tightening of monetary policy to be considered. At the moment the hiking of rates would appear to be the sole preserve of the Federal Reserve.

The Fed speak in recent years has been falling on death ears as the Feds credibility has been severely dented by suggesting one thing and doing another. The next seven days or so could set the stage for a new phase in terms of US monetary policy, something that gold bugs like me cannot ignore.

We will start with Europe where a number of elections are scheduled to take place in the upcoming months which depending on the outcome could change the face of the European Union as we know it.

The UK government is determined to trigger article 50, although this is becoming more contentious with a rejection from the House of Lords and some MPs in the House of Commons insisting on a Parliamentary vote regarding Article 15. This is not yet done and dusted and even getting to the starting line has become problematic. The next meeting of all the members of the EU is on the 16th March 2017 so the PM has to move quickly in order to get Brexit on the table by then.

Over in France the far-right Front National leader, Le Pen, has said that the “EU is a dead man walking” and promises a ‘FREXIT’ referendum in a speech that received huge applause.

In Italy, the former Italian Prime Minister, Enrico Letta, said that victory for MS Le Pen would signal the “end of Europe”

In The Netherlands the Far-right candidate Geert Wilders, leader of the populist Party of Freedom (PVV) had slipped to second place in the Peilingwijzer poll of polls, however, in some quarters it is now believed that he is neck and neck with the incumbent Prime Minister Mark Rutte, who leads the more moderate People’s Party for Freedom (VVD). Again the concern is whether or not the Dutch will remain in the EU.

Add to the mix Greece, as they need a 4th bailout and the IMF is not too keen on this, so it could mean more austerity for the Greeks.

As we can see there are a number of balls in the air on the European front so the next few weeks/months will be tense, volatile and rather difficult to predict.

Along with the European difficulties we have North Korea with its missile testing program, Russia with its interventions, China with its claims in the South China Seas, worldwide immigration, and border controls all becoming difficult issues.

In the US President Trumps appeared to be well received in his latest appearance although many democrats refused to applaud any of his points, which I guess is to be expected. If he is to proceed with his big spending plans on the military and the infrastructure, etc., then the printing presses will be whirling once again which could weaken the dollar and that could be good for gold in dollar terms.

It all boils down to a tug of war between the possible political chaos in Europe and the future of interest rates in the US.

The US Dollar has strengthened in this environment but not as much as we would have expected and is still a tad lower than it was at the start of this year. 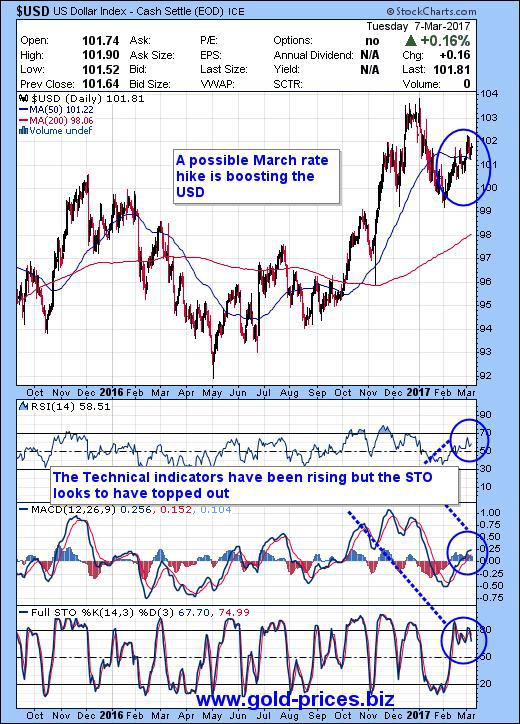 Gold has lost its momentum but is still considerably higher than it was on 1st January 2017. The mining stocks have taken a hit, but this is to be expected given that they are volatile at the best of times, as always with the precious metals stocks we should know that this is going to be a white-knuckle ride from here on in.

The US rate hikes will put pressure on gold, but the question is whether or not the Geopolitical chaos will generate a ‘fear’ trade and if so will investment funds seek a home in gold or in the US Dollar or elsewhere. My own feeling and that’s all it is, is that some of these funds will find their way to gold and as it is such a tiny sector of the market the effect could be dramatic, driving gold prices to much higher levels.

For now, I am in a holding pattern until we see if gold will bounce after the announcement and we get a flavor for the future shape of Europe.

We currently have 30% of our funds in dollars, the rest having been placed in long positions in the precious metals sector.

Finally, go gently and only deploy small amounts of capital into each trade as these are treacherous waters and we need to be able to take a hit and live to fight another day.

Got a comment, then please fire it in whether you agree with us or not, as the more diverse comments we get the more balance we will have in this debate and hopefully, our trading decisions will be better informed and more profitable.