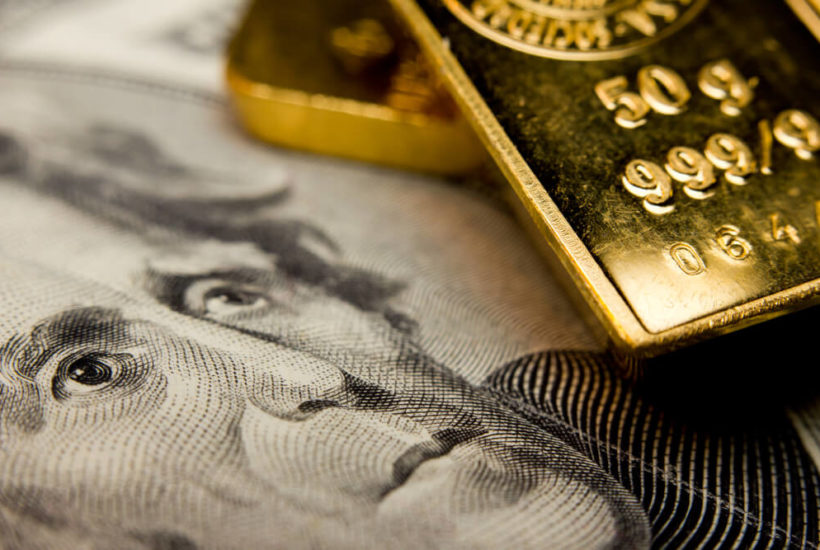 One of the reasons given for allocating a portion of one’s investment assets to the precious metals sector such as physical gold is that gold can be considered as an insurance policy against the devaluation of paper money. On my office wall I have framed various bank notes from an “inflationary” period of time which include the following:

We know that Fiat currencies eventually return to their intrinsic value which is zero and therefore we take steps to diversify some of our wealth into other asset classes such as gold.

The expectation in some quarters is that gold would rocket should such a catastrophe occur within our Fiat currency system.

So, the question we wrestle with is this: would gold really rocket or are there other solutions available should we encounter such a disaster, negating the need for gold?

The demise of the mark, for instance, was almost 100 years ago and a lot of things have changed since then. We do of course live in the world of the Internet and cryptocurrencies and other such wonderful inventions which may or may not harbor a solution

It may also be possible for governments and central bankers to put their heads together and just move on from the pound, the yen, or the dollar to another form of paper money in a seamless transition. After all, we had the Emu before we had the Euro, and we had the Continental before we had the US dollar, so maybe in the event of a catastrophe with any particular Fiat currency it could be retired and replaced by a new currency and business would continue to be transacted as per usual.

It may be a question of timing; if a number of the top six currencies collapsed at once then gold could well be the last man standing and become a fallback position during a period of utter economic and social carnage. However, if one of the top currencies failed then business would quickly move to conduct trade in another currency. This would be an inconvenience but not a disaster.

The possibility of one Fiat currency failing exists, but for the majority to all fail simultaneously is a remote a possibility and therefore would not cause us to edit our portfolio.

Fear is an ugly thing and can bring too much negativity into our lives, our thinking, and our investing.

There are many reasons to invest in gold and its associated stocks, so do it in a positive frame of mind and not for ‘doom and gloom’ reasons, after all, it may never happen.

Take good care as these are treacherous waters.

(Featured image by corlaffra via Shutterstock)