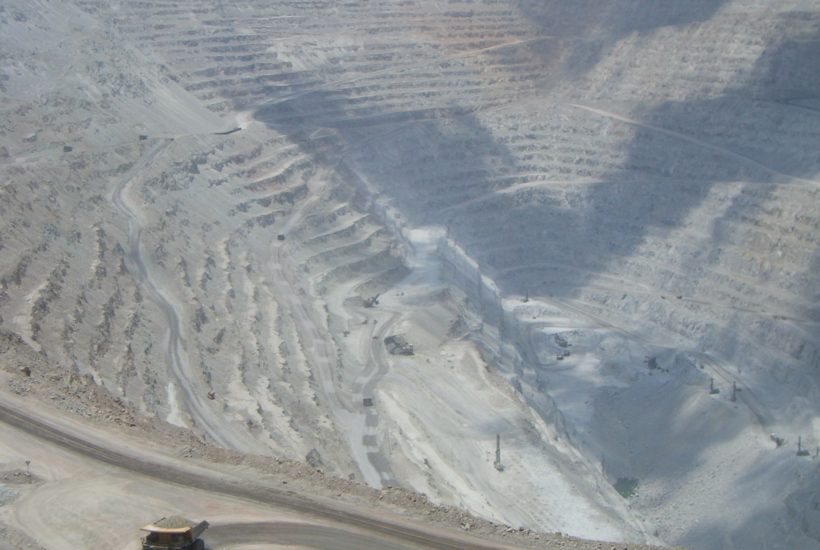 Pedro Castillo has yet to fully take power in Peru after a surprising (and very close) win against right-wing candidate Keiko Fujimori in the presidential run-offs, but already mining companies are starting to sweat. Castillo has campaigned on holding mining companies to far higher standards of financial accountability. A sentiment echoed by the efforts further south of Peru, in Chile, where a new mining royalties bill is also threatening to stifle the lucrative copper mining industry.

If you have been following mining news lately you will know that both are examples of a trend, not just in Latin America, to capture a greater share of the increasingly lucrative mining industry. Governments, often populist, can promise these riches as the rightful property of the country from which they are being extracted. But the threat of higher taxes, mining royalties, or outright nationalization, is a heavy deterrent to mining companies, even more so for future investments.

Rather than encourage the endless tug of war between governments and companies over these revenues and profits, let us look at a couple of alternative paths that might get both what they want.

As metal and mineral prices once rise in the wake of economic recovery and the transition towards greener energies, so do governments’ incentives to get a larger cut. The global pandemic has done nothing to improve the situation, creating both a deep need for government spending and the perfect excuse to ask more from wealthy sectors like mining.

In Peru, the far-left candidate Pedro Castillo adopted strong rhetoric about forcing the miners to return the wealth of natural riches they were plundering, should he be elected. Now that he has been, some flexibility has entered the official stance, but the message is clear: mining companies will soon have to pay more.

In Chile, the initiative has come up the legislative route, through a bill on mining royalties of much more modest scope than Peru’s inflammatory rhetoric. Nevertheless, their intention remains very much the same, and companies’ reactions have been equally alarming. In both countries, mining industry experts have cautioned that future investment and the stability of current projects could be threatened by such moves.

There is nothing new to this story either. Across the world and history, governments have had to make major concessions to convince mining companies to build large-scale mines. Then, years or decades later, new governments have eyed these ‘unfair’ profits and sought to take them for themselves. And it could be even worse than what is happening in Peru. In Kyrgyzstan, the government has seized control of a gold mine operated by Canada’s Centerra Gold Inc.

Now that is highway robbery. But it is very possible that neither of these approaches will pay off long term.

Why is Taking More Money from Miners Not Necessarily the Right Solution?

While it might seem like an obvious move, and indeed it is often a popular one, hiking mining taxes, raising royalties, and so on, can often backfire. Take Peru, for example, one of the reasons mining companies have such comfortable deals is that previous administrations bent over backward to convince companies to invest, especially given high levels of corruption. Yet, even without accounting for the corruption, the distribution of mining wealth was often poorly managed or uneven.

Furthermore, while the Peruvian finance minister and industry experts disagree on the impact on competitiveness and long-term investment, there is no doubt some impact will be felt. Mining companies already often struggle with low margins, the idea of losing the high reward that goes with the high risk involved would be enough to deter many investors, or at least the more responsible ones. It might also encourage even reputable companies to seek to recoup losses by cutting costs in other ways, in terms of sustainability, security, or environmental safeguards.

This can be further compounded by the higher risk of corruption that comes with greater mining taxes or royalties. By raising the amount seized, governments also increase the reward for misappropriation. Even assuming no corruption is involved in the uptake, massive influxes of liquidity have historically hampered as much as helped the communities and governments they are aimed at. Without proper management and planning for how to spend it, efficiency falls, and money gets misplaced or misappropriated. Even within Peru, the regions historically responsible for the mining wealth have not always seen the benefits of their labor (one of the reasons for Castillo’s campaign promises in the first place!).

But perhaps there are other routes, to channel, rather than seize, the mining wealth, without harming mining companies’ long terms prospects and incentives?

Across the Pacific, in the Australian mining-rich province of New South Wales, Mining companies are being asked to step up their plans for the rehabilitation of the land and environmental cleanup. Mostly because they have been failing to do so correctly and their contributions to the funds to clean up the land they have used and abused have been below initial commitments. However, earmarking the funds for such focused use provides a perfect example of how mining wealth can be constructively redirected for all involved.

SEE ALSO  A critical month for the markets

There are options beyond rehabilitation as well. Sustainability, energy efficiency, and even electrification are all features of the mining industry that need investment at the moment. While too many taxes encourage companies to fall short on such goals, forcing them to pay forward those improvements with their increased profits ensures they do not. Especially since many such modern technological measures can save costs and boost profits in the long run, meaning that the company won’t even end up losing value, even while drastically reducing their negative impact on communities.

This could also be accomplished with positive, rather than mitigating, investments. Adding renewable energy generation, extra electrification, and other sustainability/renewable energy solutions all provide extra value, not just to the mine, but also to the community. Investing in education, better living standards, and amenities for working and communities around the mines will serve to make them more popular, and their long-term impact more positive. Governments can and should offer such mandated investments, with proper supervision and enforcement, as alternatives to direct wealth reclamation.

Such models provide a very different route to establish some of the same goals that Chilean or Peruvian governments espouse, without risking the long-term revenue from new investment. In fact, if properly implemented, long-term revenues for companies and governments could both increase.