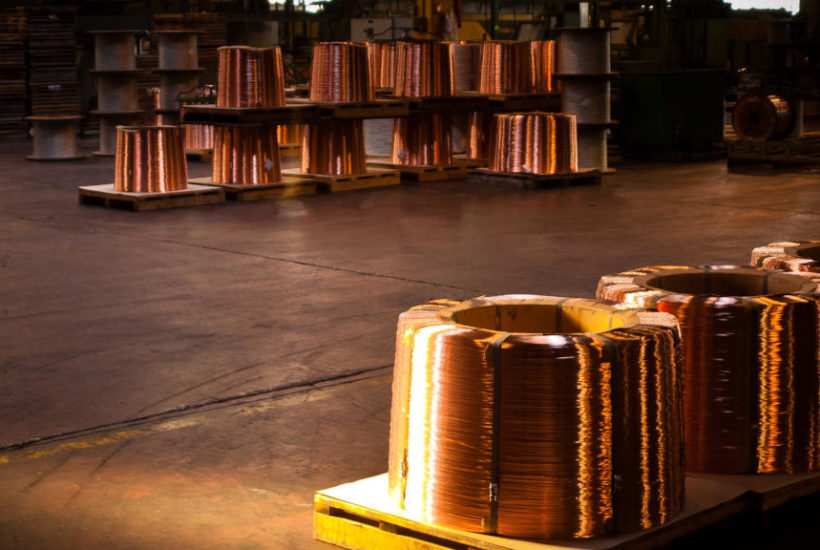 There have been rumblings in the news lately about impending downwards pressure on copper prices. With demand from the green energy transition establishing copper prices comfortably above all-time highs, China has been threatening to release batches of its reserves onto the market to drive copper prices back down again.

Yet, there are still good reasons to remain bullish about Canadian junior miner Rockridge Resources (TSXV: ROCK, OTCQB: RRRLF), despite the rumblings. Even assuming China can stretch its estimated 2 Mt of copper reserves far enough to strangle copper prices over the long term  (good luck… annual copper demand is not too far off hitting 30 Mt per annum), several other factors are working heavily in its favor.

First, Let’s Forget the Copper Market and Green Energy for a Moment: Why Rockridge Resources?

There’s no doubt about it at this stage. Copper supply is heading deep into deficit territory. Analysts estimate that the copper industry needs to spend upwards of US$100 billion by 2030 to develop new projects and cover a looming 4.7 Mt annual copper production deficit.

This is good news for many junior miners with copper mining interests. However, many prospective copper projects remain at a highly speculative stage of development and/or are located in unfavorably remote locations. For many, geopolitical considerations are also playing against them, particularly as tensions between the West and China continue to mount.

Once we eliminate junior copper miners with these factors working against them, there aren’t too many remaining. And, of those that do, Rockridge Resources stands out for several reasons.

Crucially, its flagship Knife Lake Copper Project is already at an advanced stage of development, and extensive magnetic surveying at the property has confirmed high probability discovery potential. In addition to extensive magnetic anomalies detected during recent airborne VTEM Plus surveying, its recent drill program has also shown great potential. Target deposits were either directly intersected (including one hole returning 1.95% Cu, 0.11 g/t Au, 7.41 g/t Ag, 0.53% Zn and 0.02% Co (2.34% CuEq) over 14.02m), or detected to be in close proximity via borehole electromagnetics.

The Knife Lake project finds itself ideally located for several reasons, particularly as geopolitical concerns see the EU and US strongly emphasize securing mineral supplies. It’s already well known that the US is keen to develop a more robust supply chain closer to home. And, just this week, the EU and Canada entered into a supply chain agreement for key “green and digital economy inputs.”

According to a euphemistically worded joint statement, the motivation is to diversify “away from less like-minded producers.” Translating that into more direct English, Canada will be getting priority over China-based interests when it comes to supplying copper and other green energy minerals to the EU.

In addition to this, Rockridge’s Knife Lake Copper Project is already close to existing infrastructure, including a recently completed 357kV powerline just 16km from the junior mining site. This is further topped off by its location in Canada’s Saskatchewan Province, which the Fraser Institute has ranked as the world’s third most favorable mining jurisdiction.

With these factors combined, Rockridge Resources finds itself firmly on the radar for future development into an active copper mining site. The company has confirmed that more work is already being planned for the near future, with CEO Jonathan Wiesblatt stating that Rockridge is “compelled by [Knife Lake’s] high grade and near-surface composition.”

Rockridge Resources Is a Solid Junior Mining Bet, but What about Copper?

As we’ve already touched on, copper is fast heading deep into undersupply territory. The two biggest factors driving this trend are a shortage of new copper discoveries being coupled with a growing global demand for copper being heightened by the green energy transition.

Providing some insight into the dearth of new discoveries, a recent S&P Global Market Intelligence analysis highlights the dramatic tapering off of copper discoveries. In its report, S&P found that, of the 229 new copper discoveries made between 1990 and 2020, just three of them were made in the last three years.

Of course, this demand from the green energy transition is only exacerbating the problem, which has been driving copper prices higher as we emerge from the Covid-19 pandemic and industry resumes. Higher prices are a natural consequence, and should now be seen as a long-term reality for copper.

According to Jeremy Weir, CEO of Trafigura—one of the world’s leading independent commodity trading and logistics houses—higher prices are a necessity of the green energy transition. Speaking on the topic at Tuesday’s FT Commodities Summit, he said, “if you want to electrify, we are going to need more copper, and higher prices are the only solution.”

What of China’s Threats and the Short-Term Copper Investor Exodus?

While the long-term outlook for the future is one of high copper prices and supply shortages, that’s all doing little to quell investor fears in the immediate term. The news that China could begin releasing some of its copper reserves to quell rising prices caused an immediate 5% price drop as short-term copper speculators turned from bullish to cautious.

SEE ALSO  The rise of fintech in Wales

However, it should go without saying, that investment in mining—and particularly junior mining—should have little to do with short-term price fluctuations. Clearly prices are set to stay high (or go higher) over the long term. And, while China might be able to play games with copper prices, for now, its 2 Mt reserves make it look like it’s bringing a knife to a gunfight. Quite simply, even if China floods the market with its entire reserves tomorrow (which, admittedly, would be disastrous for short-term speculators), the overall long-term impact on copper prices would be negligible to none.

The Long and the Short of it

Instead, investors should be looking at this as an opportunity to buy into copper mining interests. In particular, their attention should be on junior miners with projects at advanced stages of development. These copper mining properties will be in hot demand as copper production struggles to keep up with demand.

China’s bluster should also be seen as nothing but a short-term speed bump—its relatively small reserves will do little to make a dent in the grand scheme of things. Rising geopolitical tensions will also increase the importance of miners in more ‘agreeable’ territories boosting the attractiveness of Canadian sites like Rockridge Resources and its Knife Lake Copper Project.