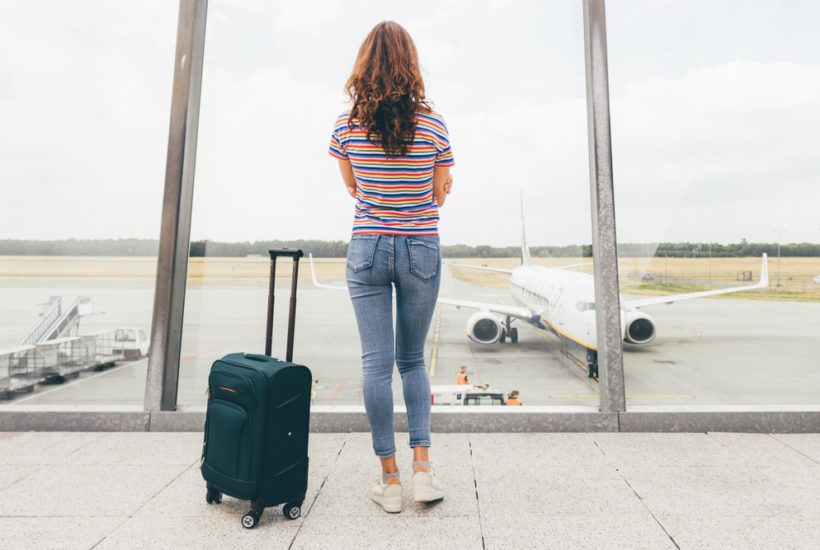 Traveler Dani Robin never had to worry about her passenger rights because Southwest Airlines solved her problem almost before she knew it existed.

But passengers are concerned about next time, which could affect more aircraft, and might not go as smoothly. What are their rights? Is there any way to avoid having your trip disrupted when an aircraft is grounded?

Those are hypothetical questions, at least for now. Robin and her boyfriend, Alex Goldstein, planned to fly from San Francisco to Phoenix for the weekend. “We both got texts that our flight had been canceled and a rebooking link,” says Robin, an assistant account executive for a marketing agency in San Francisco.

Sure enough, they had been scheduled to fly on a 737 Max 8, one of the hundreds of planes affected by the grounding. Most travelers I’ve heard from report the same experience: a drama-free rebooking. “Through the Southwest app, we were able to reschedule our flights without any fees,” Robin says.

While this month’s 737 Max 8 grounding was a minor inconvenience for travelers, airline insiders say it created more chaos behind the scenes. American Airlines and Southwest, which operate the aircraft, scrambled to rebook passengers during spring break, one of the busiest travel times of the year. Most FAA airworthiness actions are so minor that they barely register with the flying public. And if not for the deadly crash of Ethiopian Airlines Flight 302, which ultimately prompted the FAA’s action, this one might have escaped the glare of the media spotlight.

Your rights in the event of an aircraft grounding hinge on one question: Whose fault is the cancellation? Airline ticket contracts (often referred to as the contract of carriage or conditions of carriage) and regulations require an answer. That’s because they draw a distinction between a mechanical problem within the airline’s control and an event beyond its control, also called an extraordinary circumstance or a force majeure event.

For example, American Airlines’ conditions of carriage say that for most “delays caused by us,” it will, among other things, arrange an overnight stay or cover the cost of an approved hotel, if available. For “events beyond our control,” American promises to refund the unused portion of the original form of payment, but the airline also says that “beyond that, we are not liable.”

A grounding doesn’t mean the airline is entirely off the hook, though. “If a cancellation is due to any circumstance other than weather, airlines must protect passengers’ reservations and get them to their final destination,” explains Peter Vlitas, the senior vice president of airline relations for Travel Leaders Group, a travel agency chain based in New York. “If they can’t, then they need to offer a full refund.”

If you’re flying in Europe, your rights are governed by EC 261, a European airline consumer-protection regulation. But it, too, lets air carriers off the hook for extraordinary circumstances.

“U.S. passengers on flights to and from Europe could still claim compensation for unforeseen expenses due to the cancellations,” notes Zillmer. For example, if you miss a prepaid reservation and incur a cancellation fee or have to pay for an extra night at a hotel, EC 261 allows you to file a claim with an airline. But to get reimbursed, you have to have proof of your expenses, so remember to keep your receipts.

Bottom line: When an airline cancels your flight after a grounding, you have the right to a full refund, but little or nothing else.

As a practical matter, the airline may accommodate you. For instance, Southwest Airlines is offering a more flexible change policy through March 31 for all passengers, not just those affected by the 737 Max 8. If you have a reservation on Southwest, you may rebook in the original class of service or travel standby, with certain restrictions, without paying any additional charge. Although Southwest doesn’t charge change fees, it normally charges a fare difference, if applicable.

That was welcome news for Kristen Herhold, who works for a business-to-business research firm in the District. She was scheduled to fly from Dulles Airport to Denver this weekend and checked the status of her flight after she heard about the 737 Max 8 being grounded.

“I went on the Southwest app and saw a message that I could change my flight at no cost due to ‘circumstances beyond our control,’ ” she says. “I’m not sure if my flights are on the Boeing 737 Max, but it let me change my flights free of charge as long as it’s still out of one of the D.C. airports and into Denver within 14 days of my original travel date.”

Herhold changed her return flight from Dulles to Reagan National Airport, which is closer to where she lives. She says she would have had to pay an extra $250 if she had done so before Southwest’s change policy.

If your airline grounds your flight because of a government order, the company can refund your ticket and walk away, according to its contract with you. But airlines rarely leave their customers to fend for themselves.

That’s why, when it comes to aircraft groundings, passengers should rely less on legal agreements and more on the vague but promising language carriers use to project their corporate image. It’s far easier, for example, to reference American’s promises in its customer commitment to “make every flight you take with us something special,” accompanied by the pledge, “Your safety, comfort, and convenience are our most important concerns.”

I’ve seen many passengers successfully invoke mission statements and customer commitments when they didn’t have a legal leg to stand on. When it comes to fixing a grounded flight problem, that may be the most effective course.