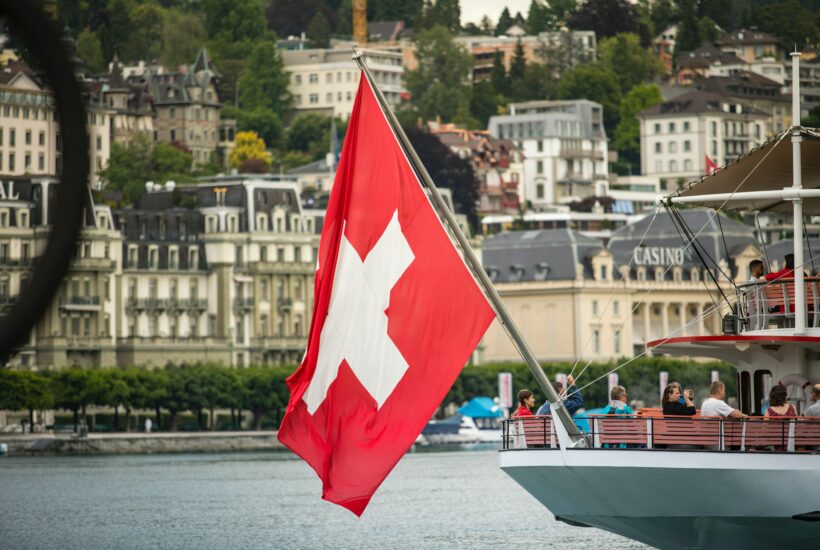 A comparative view of the fintech industry in the DACH region – with a focus and an in-depth look at the fintech sector in Germany.

According to the latest edition of the Fintech Startup Monitor (2021), there are 712 fintech companies in Germany. Austria lists seven internationally known Fintech companies, and Switzerland has 384.

For purely arithmetical comparison: at the end of 2020, the Federal Statistical Office counted just under 1,700 “classic” banks and savings banks in the Federal Republic, 243 in Switzerland, and 500 head offices and 3,400 branches in Austria.

If you want to find out how competitive is the fintech sector in German-speaking countries, and where are the location-related advantages and disadvantages in an international comparison, download for free our companion app, the Born2Invest business news mobile app.

The fintech sector – when did it all start?

To get a meaningful picture of the potential and economic assertiveness of the German fintech sector, we need to look at the genesis of this startup category.

Smava, a credit portal launched in 2007, claims to be the first startup to actually be called a fintech in Germany. Then in 2010, Frederik Pfisterer and Eugene Danilkis founded Mambu, a company that is still only known to industry insiders, but has nonetheless become a very important trailblazer for the FinTech scene. Mambu specializes in developing and providing banking functionalities. Originally intended for emerging markets, Mambu has since grown into a globally engaged company, offering its infrastructure not only to other FinTechs but also to banks – a true unicorn.

From 2014, other players such as Finleap and Solarisbank, Number 26 (now N26) followed. Finleap in particular became very actively involved as an investor and built up a kind of biotope of FinTechs in the market. As of 2017, there was a focus on B2B startups (for example, Penta for SMEs). In fact, FinTechs in Germany can also be classified as pioneers/early adopters in an international comparison.

In the Swiss Confederation, the fintech industry developed very broadly and is still supported by specially founded organizations and associations. In 2019, Numbrs became the first Swiss FinTech to enter the Unicorn category. Internationally, Switzerland is one of the highly regarded FinTech hubs with a high density of FinTech, blockchain, and crypto companies.

The Austrian fintech sector is characterized more by a focus on mobile payments, financial products and crowdinvestment as well as price and provider comparison in the banking sector. Wikifolio was already on the market in 2012, Bitpanda was founded as a crypto exchange in 2014 and received the Unicorn knighthood in 2021.

In 2016, a lengthy dispute of principle on the subject of data sovereignty was decided by the EU in favor of consumers. PSD2 (Payment Services Directive 2) stipulates, among other things, that user-related data belongs to the customer and not to the bank. The customer alone decides what information is made available to third parties and how he can access this data. As a technical consequence, the XS2A interface was developed, which had to be used or adapted by all banks by the end of April 2019.

Understandably, a number of banks found it difficult to meet these requirements; even in 2022, the API is still not running smoothly at some institutions. Other banks, on the other hand, saw the opportunities that were opening up, intensified their cooperation with FinTechs and are now reaping the rewards. Overall, the preparation for the launch and go-live of the XS2A API has triggered a very positive effect in the FinTech scene and led to numerous start-ups, mainly in the B2C sector.

Meanwhile, a great interest of international/European investors in German fintech companies can be observed: Munich-based startup FinAPI was acquired by UK-based Yapily, FastBill from Frankfurt was bought by FreshBooks from Toronto. Interestingly, France in particular has developed a very investment-friendly capital provider periphery due to the political framework conditions there.

Basic competitiveness can be assessed on the basis of five criteria: general conditions, market maturity, access to capital, access to talent, and innovative strength.

The framework conditions in Germany in particular are considered to be exceedingly difficult, the main reason being the very high number of banks (see above) – and the resulting complexity:

The more banks there are, the more potential PSD2 connections result. After the introduction of the PSD2 standard, 48 percent of all potential PSD2 connections can be found in Germany alone. If we consider only the top 7 countries in this category, the figure rises to 80 percent. Accordingly, innovative services that connect to banking infrastructures must be able to master disproportionately higher complexities in Germany than in other EU countries.

Financing plays a central role in the creation of framework conditions. In order to safeguard local interests, much greater involvement of local investors is important here. To achieve this, policymakers must create an innovative regulatory framework. France, for example, offers startups targeted assistance in founding a company, and the UK launched a plan to support FinTechs in 2021.

So, as early adopters, German FinTechs have five to ten years of experience in one of Europe’s most challenging markets – a very long time for this fast-moving industry!

Nevertheless, one of the main prerequisites that allow fintech companies to operate in a regulated level playing field has only been in force in regulatory terms since 2018, and in technical terms since the end of 2019. This comparatively short period of just over two years means that investors in Germany, in particular, are taking a more skeptical approach, while in France (see above) access to relevant capital is just becoming easier. In Switzerland, the government is doing a lot to make life easier for FinTechs (keyword FinTech license and more). The Austrian scene benefits from its focus.

The home office has come to stay – not least through Covid-19. This increasing naturalness to work location-independently increases the attraction of international players like Google and Co.. to the highly skilled digital natives. From a competitive employee market, a real war for talent has developed throughout the DACH region. McKinsey’s recently published study on European FinTechs “Made in Germany” stated: To compete with Swedish and British companies in the long term, German FinTechs would need to become more attractive and accessible to customers and technology talent from abroad.

In Germany in particular, the existing innovative strength is currently being held back by an internal and home-grown skepticism. Regulations such as DSGVO are first identified by customers as a threat.

Although the challenging framework conditions have led to fundamental economic resilience in the German fintech sector and enabled a clear competitive advantage, its players should not put unnecessary obstacles in their way through exaggerated skepticism and restraint. If the players jump over their shadows in this respect, fintech companies Made in Germany could once again fully exploit their valuable assets.

In Austria and Switzerland, there are no comparable barriers to complexity; the Swiss and Austrians score points with their innovative ability, focus on the essentials, and more willing investors – especially in Switzerland.